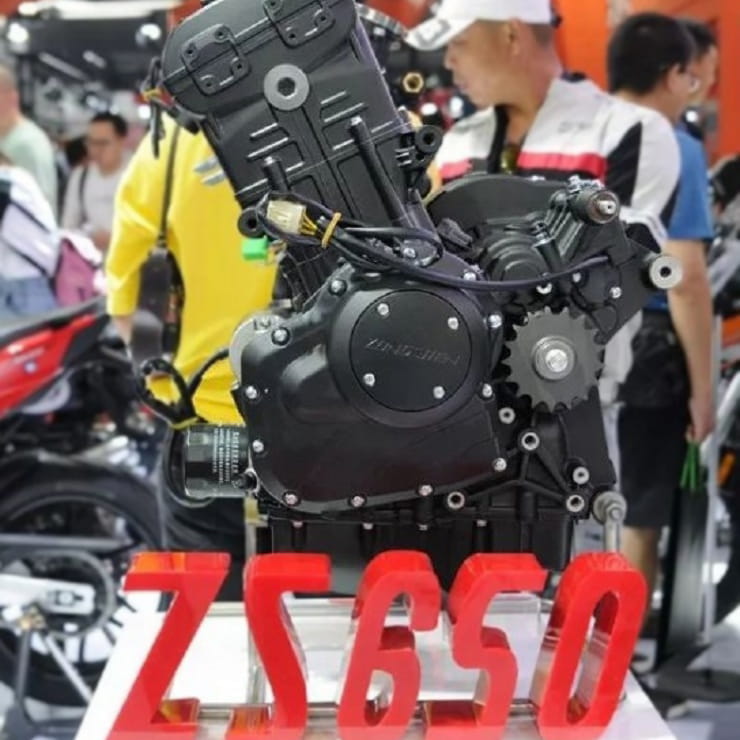 Norton’s new Atlas and Superlight models were revealed last year to debut the firm’s homebrewed 650cc parallel twin engine but the same motor is also providing a financial boost to the British firm thanks to a licensing deal with Chinese motorcycle maker Zongshen.

Now the first fruit of that tie-in has emerged at a Chinese motorcycle show, where Zongshen revealed its version of the Norton-designed engine. A design drawing of the bike Zongshen intends to build around the engine has already emerged – see it here – but this is the first physical evidence from the Norton-Zongshen tie-in.

While Norton’s Stuart Garner insists that the Chinese-made twin will be quite different to the engine that it offers in the Atlas and Superlight models, on the surface there are no visible changes other than the addition of a Zongshen logo in place of a Norton badge. Internally, it makes sense that the Chinese version will have a lower state of tune. Norton claims impressive power figures for its versions of the engine ranging from 84hp in the Atlas Nomad and Atlas Ranger models, with 47lbft of torque, to a spectacular 105hp and 55lbft in the race-inspired Superlight. Of course, none of those bikes have reached production yet.

In Zongshen form, the power claims are significantly lower. Power is pegged at 52kW (70hp) and torque at 62Nm (46lbft). Those numbers are roughly on a par with the similarly-designed Kawasaki Z650 parallel twin, which makes 67hp and 48lbft. Where Norton says its version will scream to 11,000rpm in Atlas form and 12,500rpm in the Superlight, the Zongshen peaks at around 9000rpm. That suggests it’s got heavier internals, and accounts for the lower performance claims.

Will we ever be able to buy the Zongshen ZS650 over here? That remains to be seen, but if it does get exported it’s likely to offer budget alternative to bikes like the Z650 and CFMoto’s 650NK, with the halo of having a Norton-derived engine to make it all the more attractive.