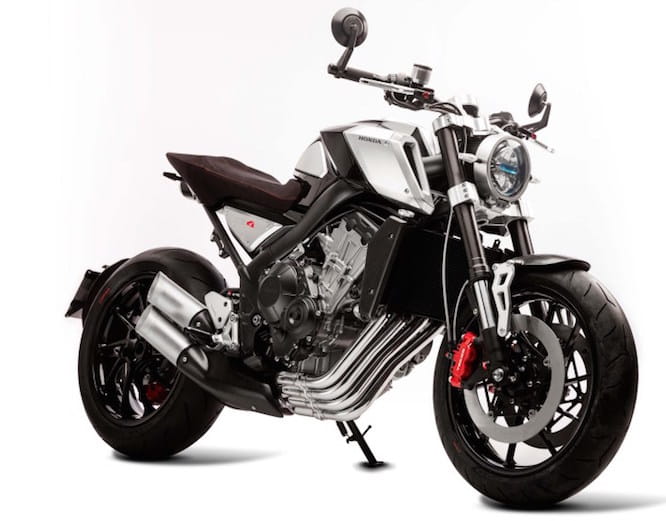 Honda used the Milan show as an opportunity to showcase three concept bikes and gauge public opinion to help them develop their next generation of models for the European and US markets.

In addition to the NC750 based City ADV announced just prior to the show, Honda’s stand also featured two CB650F derived projects, taking the mid-range four down the Cafe Racer and Scrambler routes.

Using Honda’s historic CB1 name, the look of the Cafe Racer concept is dominated by the single sided swingarm and gorgeous MV Agusta style stacked side exit exhausts. The humble CB650F’s frame and engine remain standard, albeit fitted with upside down forks from the CBR600RR.

The futuristic styling is unique to the project, with brushed alloy side panels, Alcantara seat and a beautiful round LED headlight and instrument binnacle that have been hand crafted especially for the project.

The scrambler style CB Six50 takes the CB650F in the opposite direction, with chunky spoked wheels shod with Continental off-road tyres and an upright riding position created through the use of motocross style bars and a bespoke saddle that is both tall and narrow. 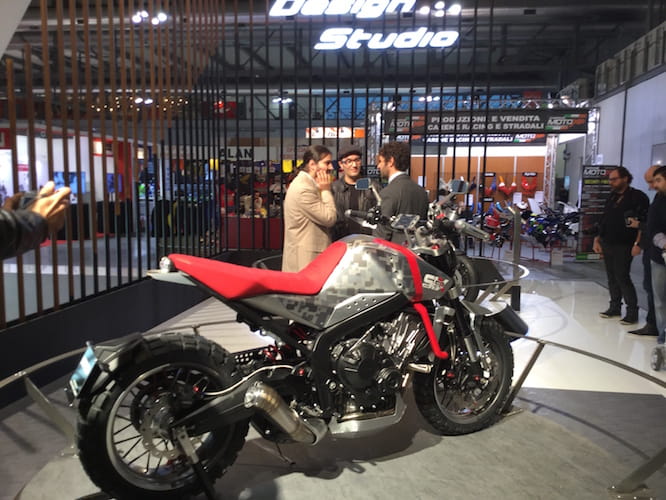 Both bikes, developed by the Rome-based Honda R&D Europe, have a very finished look to them with a large number of components, such as the mirrors, levers and turn signals coming from the catalogue of high-end accessory manufacturer Rizoma.

“Both are realistic concepts to put into production,” Chief Designer Valerio Aiello told Bike Social. “For now they are concepts, prototypes, for display, but to make them run is very possible. We wanted to explore what was possible with the layout of the CB650 and to see what the reaction of the public is. We have tried to combine simple, classic styling with a sophisticated and technological feel, so we have gone for traditional circular headlamps on the cafe racer, for example, but also using things like the smartphone integration on the CB Six50.”

While all the bikes remain purely concepts for now, Bike Social would not be surprised to see at least one new model inspired by the prototypes in the Honda range in the next five years. Judging by public interest, they could be very popular indeed.