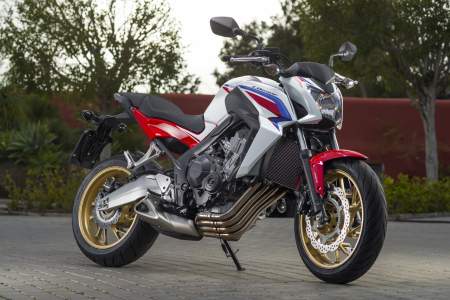 There is a lot to be said for a no frills bike that just gets on with the job in hand. A machine that is designed to fulfill a purpose in life and manages to do exactly that without any irritations, distractions or foibles that cause annoyance. Honda’s new CB650F is just such a bike – it does exactly what it is designed to do and as a result is pretty hard to fault.

Although some may think the CB is a restyled Hornet, this isn’t the case. Honda are very keen to distance the CB from the Hornet and although it replaces the Hornet in Honda’s model range as the naked middleweight, the two bikes share virtually no components. The engines can both trace their roots back to the CBR600RR motor, however where the Hornet was buzzy and rev-happy, the CB’s bigger capacity and altered internals are designed for low to mid-range power with a smooth throttle response. This isn’t a bike to go exploring the upper end of the rev range upon, instead most of the bike’s life is spent below 7,000rpm, which suits its target audience perfectly. 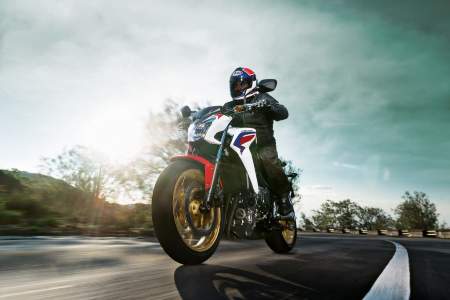 Aimed at being a ‘step-up’ bike, the CB’s engine makes a reasonable 87bhp, however the more important figure is its 46lbft of torque. As this grunt is located nice and low in the rev range, you seldom find the need to rev the Honda, making riding it a relaxing experience. You don’t have to hop up and down the gearbox at every bend and although it’s not the fastest bike out there, the acceleration is fluid, the clutch nice and light and the vibrations kept to a minimum. Explore the upper end of the rev range and the engine does have a bit of a buzz about it, but that adds a dose of character and isn’t a bad thing. And just because this is a ‘step-up’ bike, don’t think Honda have sacrificed the Hornet’s sporty handling.

Despite its fairly budget looking suspension and two-piston sliding calipers, the CB comes with a surprisingly sporty chassis. Through the bends the Honda is nice and composed and although big bumps can make the soft suspension protest, it’s still an agile bike. Newer riders will appreciate ABS being fitted as standard while commuters should find the claimed 59mpg and 215 mile tank range to their liking. However, what impressed me more was the build quality and styling. 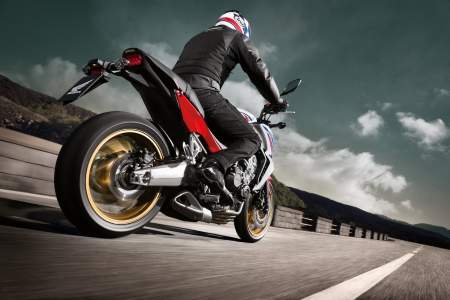 Honda haven’t skimped with the CB and as well as being a good looking bike there are loads of really neat touches that make it feel a premium product. The finish appears solid, the engine has been designed to look good naked with no ugly water-pipes on display, the twin split clocks are cool and the swooping exhaust headers are also a nice touch. Overall, it’s very impressive.

With a price tag of £6399 the CB falls into an odd middle-ground when it comes to its competition. The rest of the inline four Japanese bikes such as the Kawasaki Z800 and Suzuki GSR750 are sportier, while the large capacity parallel twins such as the Kawasaki ER-6 and Yamaha MT-07 are cheaper. The Honda hits a nice middle ground and feels like an ‘adult’ bike that as well as a solid commuter, has spirited performance and fresher looks than its main rival, the Yamaha XJ6. The CB650F may be a ‘step-up’ bike, but it is also a machine you won’t find the need to trade up for a while, which makes it a longterm investment rather than a stop-gap toy. 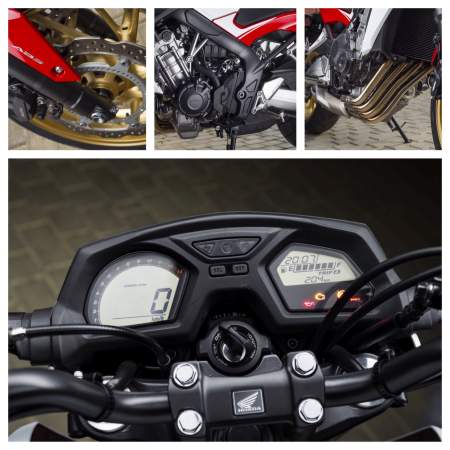