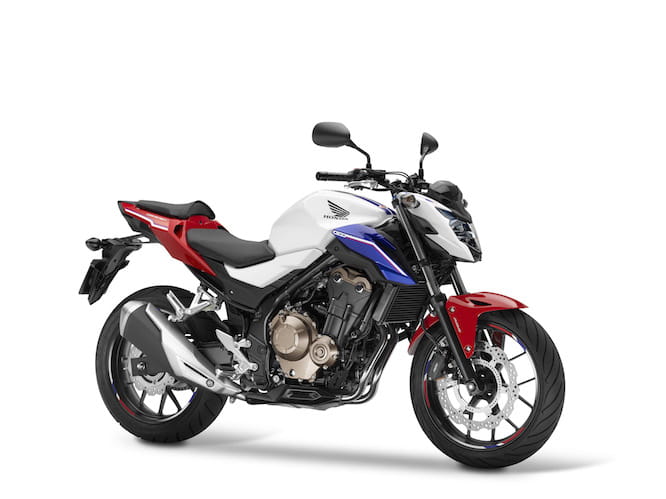 Honda have revealed updates to all three of their A2-licence friendly 500cc models at this year’s Milan show.

First introduced in 2013, the CBR500R, the naked CB500F and adventure-style CB500X are based around Honda’s 471cc parallel twin cylinder motor, which produces around 46.9bhp to comply with restricted EU licence laws for younger riders.

The sturdy motor remains unchanged but all three models get a number of what Honda call ‘rider-focused’ changes, including adjustable pre-load on the front forks, adjustable brake levers, LED head and taillights, larger fuel tanks and a new hinged fuel cap. 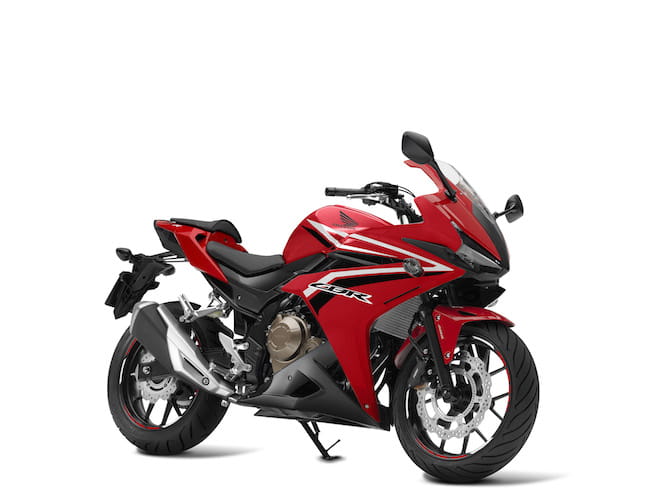 All three machines get a style update to differentiate them from earlier models, with the CBR500R and CB500F looking much more ‘sporty’ while the CB500X has been brought in line with Honda’s other adventure-style offerings such as the NC750X and VFR800 Crossrunner.

Both the ‘F’ and ‘R’ models get a new, shorter exhaust mufflers tuned for a ‘satisfying low, crisp’ exhaust note.

The CB500F has an entirely new, ‘hard-edged’, stripped down, muscular look and is available in three colour options including Matt Gunpowder Black Metallic, Millennium Red and Lemon Ice Yellow. 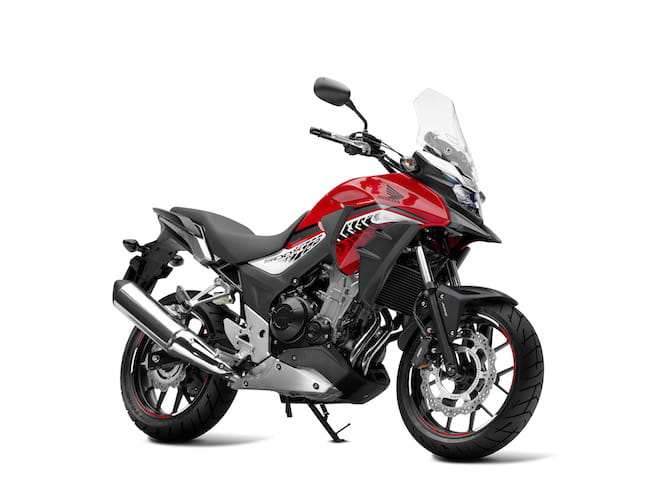 Key modifications to the CB500X include a 100mm taller, adjustable windscreen and distinctive new graphics and colours. The 17.5 litre fuel tank, larger than that featured on its ‘R’ and ‘F’ siblings, results in a claimed range of over 300 miles.