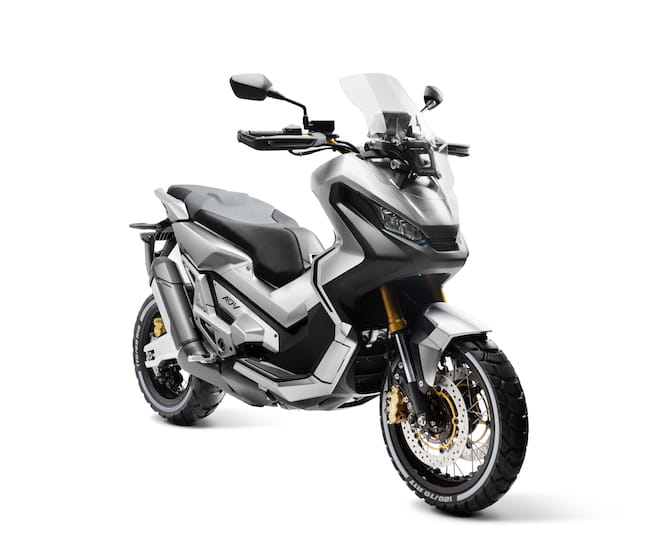 Looking like a big wheel adventure scooter with attitude and 17-inch spoked wheels running semi-knobbly tyres, it’s a cross between an adventure bike and a scooter.

It also has upside front front forks, twin disc brakes, Nissin calipers, and what looks like an aluminium swingarm connected to what appears to be an aluminium box section frame hidden under bodywork. Though we could be wrong as Honda were remaining tight-lipped about any technical details on the bike.

Honda say: “The bike is based on a new interpretation of the idea of motorcycling adventure. It brings that spirit of adventure to the heart of the city and underlines Honda’s commitment to researching new ways of creating unique technology to enhance and enrich its customers’ lifestyles.” Got that? Good. 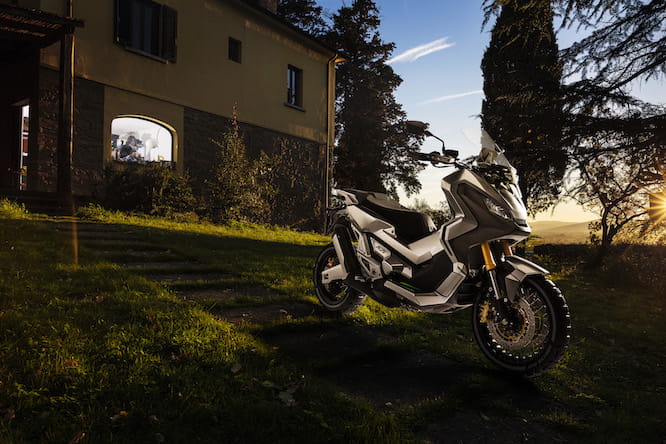 Honda’s big shout this year is the new CRF1000L Africa Twin, an all-new adventure bike that stays true to the original Africa Twin. Bike Social are delighted to say that we’ll be riding it next month at the bike’s world launch in South Africa.

Also new from Honda for this year is the updated CB500X, CB500F and CBR500R. The brilliant NC750X, NC750S and Integra get new styling and LED lights along with a host of other technical changes.