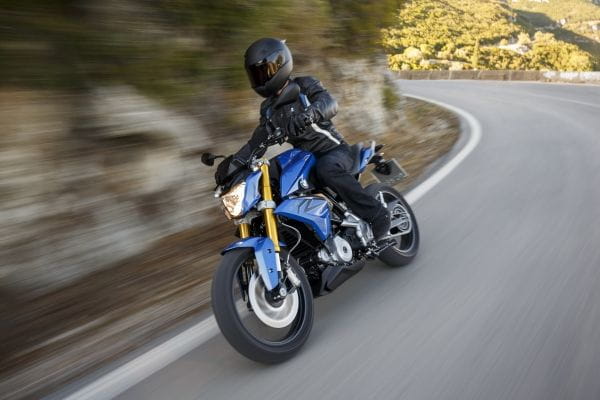 The introduction of additional models forms part of an aggressive move to expand its overall motorcycle market share with 400 extra dealerships opening globally by 2020.

Only last month, BMW Motorrad announced a concept model known as the Stunt G310 which backed up rumours of an entry-level machine following spy shots seen as far back as January.

The German manufacturer’s first foray into the sub-500cc market has now been confirmed ahead of the EICMA Milan Motorcycle Show taking place next week in Milan. The new model is called the G 310 R and is designed as a roadster to replicate the S1000R.

The new compact bike is powered by a completely new 313cc, single-cylinder, liquid-cooled engine with DOHC and a backwards tilted cylinder. That should produce 34bhp @ 9500rpm with a maximum torque of 20.6 ft-lbs @ 7500rpm, contributing to a lightweight 158.5kg (dry) overall weight. 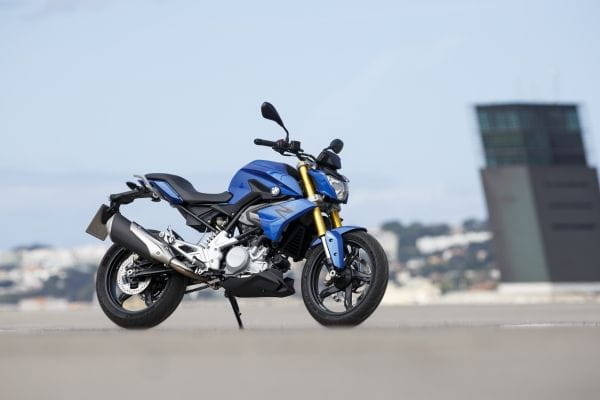 Its short wheelbase and rigid tubular frame with upside-down forks and 17” wheels is certain to suit riders who prefer nimble, agile and direct steering. The low seat height of 785mm will entice the shorter rider in what appears to be a significantly appealing, A2-licence friendly, motorcycle for the new or less experience.

The naked sub-500cc category is building strong momentum with the likes Kawasaki Z300 and KTM Duke 390 leading the way. We understand that Yamaha will introduce a new model for 2016 with an MT-03 going up against BMW’s newest offering.

“With the BMW G 310 R, BMW Motorrad is bringing a genuine premium offering to the segment below 500 cc,” said Stephan Schaller, head of BMW Motorrad.

Schaller continued, “We will also be expanding our urban mobility offering in this class – including bikes with electric drive trains.”

Not much information is yet available on the R nineT Scrambler but BMW has confirmed it will be officially unveiled at the Milan show next Tuesday, 17th November.

The original R nineT was introduced in 2014 and has sold over 8,600 units this year but it was at the Wheels and Waves festival in June of this year where the Scrambler concept, known as ‘Path 22’ made its debut, setting tongues wagging and keyboards tapping.

BMW claimed it was the “epitome of a custom bike – designed to be modified and customised according to individual preferences.”

“With the countless possibilities for individualisation offered by the BMW RnineT and the BMW R nineT Scrambler, we see tremendous potential in the US market, in particular,” said Schaller.

Bike Social will be reporting live from the Milan Motorcycle Show next week so make sure you stay here at www.bikesocial.co.uk or at our Facebook or Twitter pages for all the latest 2016 model information.