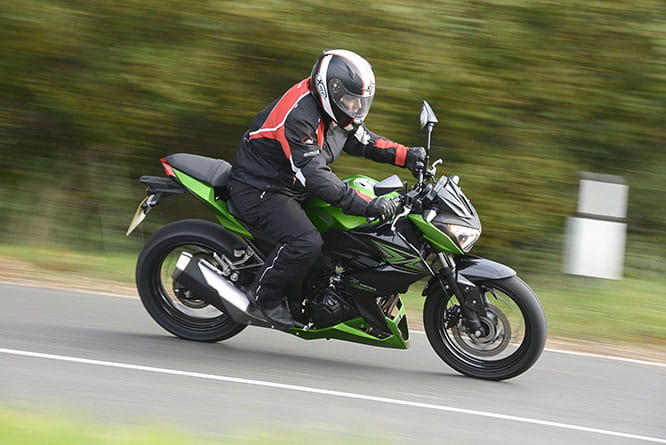 Earlier this year Kawasaki introduced the A2 licence-friendly Z300 to their range as an affordable, yet stylish option for younger riders.

They describe it as a ‘stylish entry-level model with an aggressive Supernaked design inspired by larger models from the popular Z series’. You can see what they mean, the Z300 shares a number of features with the larger Z machines, particularly the Z800 and it even shares a little with the brutal, 160bhp Z1000.

This is exactly what an A2 bike should look like - a younger sibling to bigger bikes in a range. In fact, without close inspection, you’d be forgiven for not realising that it’s as small as 300cc.

The Z300 shares a lot of DNA with the Ninja 300 we rode earlier this year, not least the 292cc liquid-cooled parallel twin engine but unlike the Ninja, the Z300 is one of few 300cc nakeds on the market.

While the resurgence in 300cc models has seen four or five junior supersport models, 300cc fever has only just started to hit the naked category.

KTM led the way with their Duke 390 over two years ago, so it’s about time there was some competition! 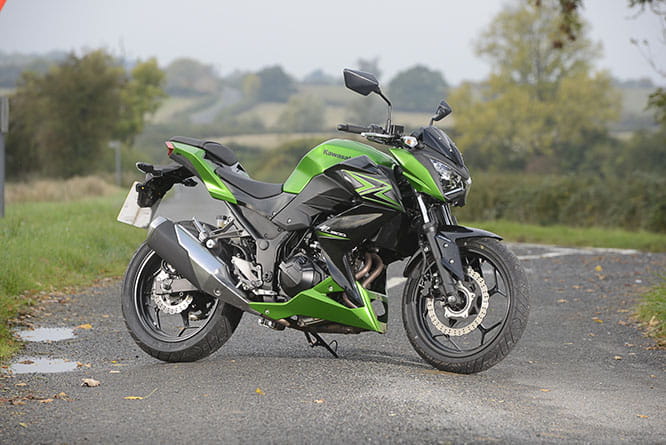 I’m going to be honest. The Z300 and I did not get off on the right foot. In fact, after my first ride on it, I wasn’t impressed at all. I found the rear quite stiff and could feel every bump on my ride from the office to home.

The problem, however, is that my ride from Bike Social HQ, in Peterborough, to my house is 60 miles long. I think we’d be pretty safe in saying that when Kawasaki decided to make the Z300, it wasn’t for a 120-mile round commute. Although, to be fair, after a few day’s of it, I’d got used to it and it wasn’t as bad as I first thought. In fact, if you’re commuting normal distance, it’d be absolutely fine, besides, you can adjust the preload at the rear if the bumps bother you that much.

On a crisp October Saturday morning, I decided I’d take the Z300 out into its natural environment and unleash it on some of Lincolnshire’s finest B roads. It’s like a completely different animal.

At low revs, the Z300 is a little bit limp - it gets a bit perky at 4-5000rpm but it’s when you get it up the top end that you really start to appreciate exactly how much fun this bike is.

Peak power output is at 11,000rpm, and it doesn’t drop off all the way to the 13,000 redline so if you’re out razzing about you’ll rarely find yourself below that point.

Considering how high you have to rev it it feels almost effortless. Despite the bike screaming at you (in a good way), it’s more than capable of it and the engine doesn’t feel strained at all, it is made to give you that top end power.

One of the biggest problems with a lot of 300s is they’re singles, so power delivery isn’t as smooth as you’d like but it’s the complete opposite with Kawasaki’s parallel twin. It’s as smooth as you like, and while there isn’t much bottom end, the top end makes up for it as it’s so easy to ride at high revs.

With a 0-60mph time of just under 5 seconds and a three-figure top speed, the Z300 isn’t slow. I went for a spin with my Dad, who was on a Ducati Diavel, and he couldn’t believe the speeds the ‘little’ 300 was capable of. 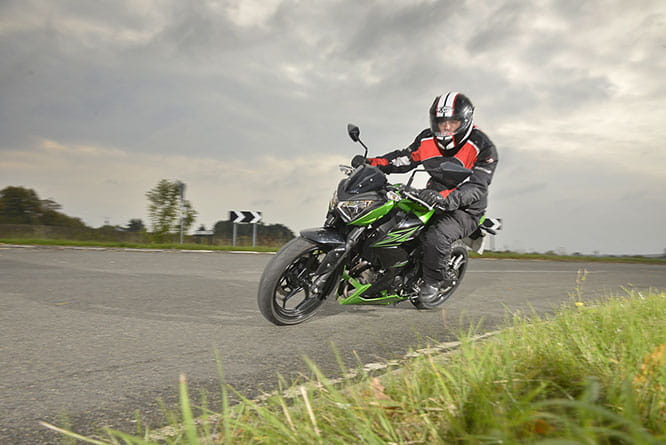 The riding position brings you quite far forward but not to the extent where you’re cramped - that’s helped by the upright bars - and this makes the bike a doddle to turn. Change of direction is both quick and smooth, with the bike reacting to rider input almost instantaneously.

The brakes are basic but effective, which is exactly what you’re looking for on an entry-level model and with the ABS as back-up you’ve always got that extra confidence. I felt it kick in once in the wet but you can hardly tell as the bike comes to an easily-controlled stop.

The only thing letting the Z300’s handling down is the budget, IRC tyres. While they are far from the worst budget tyres you can get, you can tell they are built for longevity and while that's good it does come at a cost and that cost is grip.

It’s not awful, but there’s a sense that you can’t quite explore the bike’s full potential as sometimes there’s that ‘Oh maybe I was pushing it a bit there’ feeling, when in hindsight you probably weren’t.

For day to day riding the tyres are fit for purpose, they’re just not perfect for the Saturday afternoon or summer’s evening ride. If I was to buy this bike, I’d not hesitate in sticking on a set of Pirellis or Michelins designed for smaller bikes.

In terms of economy, Kawasaki reckon you can get 65+mpg out of the Z300 and that’s probably about right if you’re riding sensibly. You’ll know if you’re riding sensibly too as the dash tells you with a useful ‘Eco’ light. In town it’s easy to keep the light on, but on the open road and especially dual carriageways it’s a little harder. 70mph in top gear comes in at around 8000rpm and the light flicks on a little under that.

At £4349 with ABS, the Z300 is reasonably priced for an entry-level 300cc machine but the one thought that’d play on my mind is Yamaha’s MT-07, with A2 licence restrictor kit, is only £1000 more and its a lot more bike for your money.

If it’s a smaller capacity bike you’re after, the Z300 could well be for you but with so little competition in the Naked 300 category, it could be worth waiting to see what Yamaha’s MT-03 has to offer when released next year. 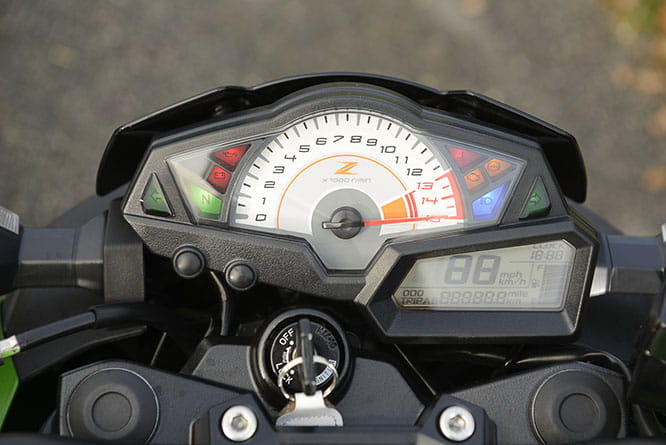 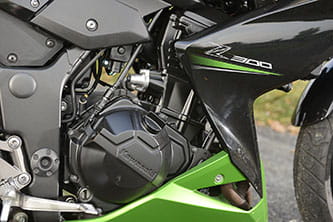 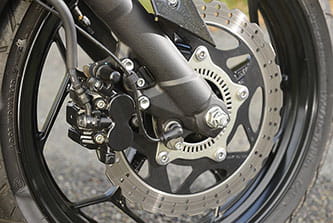