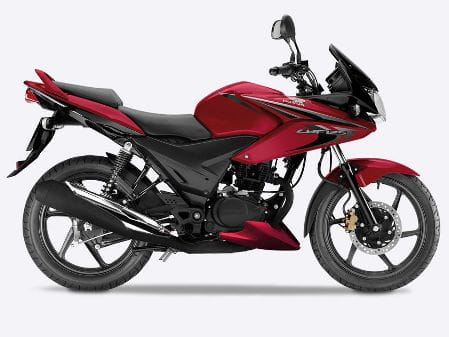 Motorcycle dealers have had a year to remember as 2014 was confirmed as the UK motorcycle industry’s most successful year since 2009, in terms of new bike sales. And the UK's best-selling motorcycle? That's the Honda CBF125.

According to the most recent set of new registration statistics, distributed by the Motorcycle Industry Association (MCIA), 101,277 new bikes were registered during the last 12 months.

Five of the top six models sold in 2014 were 125cc machines with Honda’s trusty, A1 licence friendly and huge mpg earning CBF 125 taking the top spot closely followed by its twist-and-go stable mate, the Honda PCX 125.

In fact, Japanese bikes take eight of the top ten places in the highest seller list with only BMW’s R1200GS and R1200GS Adventure getting among them.

Commuters are clearly a key market for new bike sales, a statement which is backed by the fact that Greater London was the area responsible for the highest number of new bike sales, with 12% of them attributed to the UK capital.

There is also an upward trend for the number of powered two wheelers (PTWs) being used on the road.  Government statistics show the number of PTWs licensed for the road has increased to 1,326,500 – the highest figure registered for 5 years, and nearly double the number on the road in 1994

Did you buy a new bike last year? If so, which one did you choose?