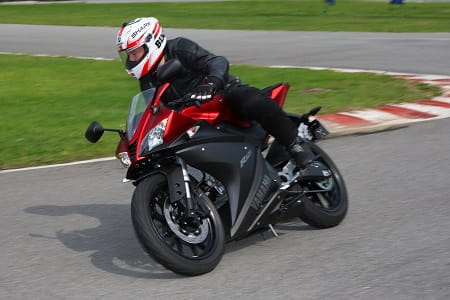 Yamaha launched the YZF-R125 in 2008 and it’s been an absolute hit for the Japanese manufacturer with more than 45,000 units sold since. Despite its consistent performance in the official top 10 sales lists every month, Yamaha have unveiled a new-for-2014 version which includes a whole host of upgrades but interestingly no increase in its £4349 price.

We were invited to the media launch in sunny Barcelona to see what this A1-licence friendly 125cc super sports bike is all about.

Covering 75 miles of city streets and some stunning twisty through its nearby hills, the R125 was happy at home in both surroundings. Even though there are just 11kW (14.8bhp) of power on tap, the buzzy engine loves to be revved and you’ll soon be Valentino Rossi-ing around town and countryside alike. 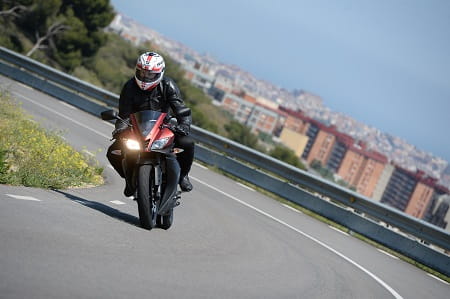 For any that ride geared 125’s you’ll already know that your left foot will be kept busy changing up and down to keep the momentum which is no hardship given that with a sympathetic roll off of the throttle, the clutch isn’t really required from 3rd and above. The 6-speed gearbox is quick and accurate although when coming to a standstill I struggled to find neutral on more than one occasion. It’s all very well having a shift light above the rev counter but a gear indicator would have been a nice touch, especially when you’re changing that often.

The clutch lever is a long way from the bar before drive is engaged which isn’t a bad thing but for a new rider to this type of bike and engine, do be warned.

What are the key upgrades?

The R125 is a comfortable and roomy bike with plenty of space to move around on the seat but remember it’s a sports bike so considering the riding position, your wrists are going to ache if you’re over 6ft and are covering the miles. The newly-designed brakes are sharp and for those who spent early teenage years skidding on BMX’s then the rear brake is certainly up your street. At rest the bikes’ new front and rear suspension feels soft with too much compression but once you’re up and away the bike feels stable, pert and comfortable…just like the Yamaha designers and marketing team said it would. 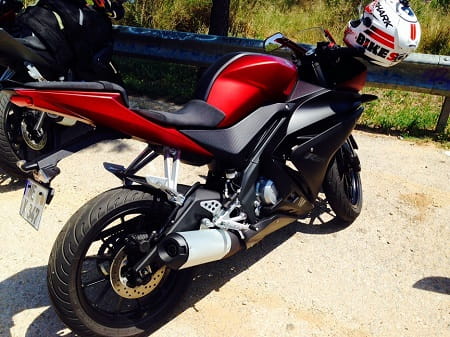 The fuel tank will hold almost 14 litres and on test I managed an average of 48 km/l (113 mpg) and that included a dozen laps of the local go-kart circuit so ridden more efficiently and you have no problem achieving 150 miles per tank.

The 50-125cc market is going places at the moment with the latest MCIA stats indicating a 19% increase in new registrations year on year and if you’re looking at getting into motorcycling regardless of age then the R125 should certainly be on your test list. Among the R125’s competitors are Honda’s CBR125R and Aprilia’s RS4 125 but this new and improved Yamaha will take some beating. The differences between it and the old version are noticable so for a first time rider wanting an 11kw taste of a super sports then give it a whirl. 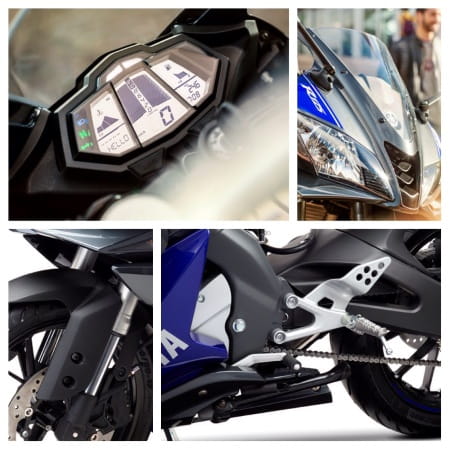