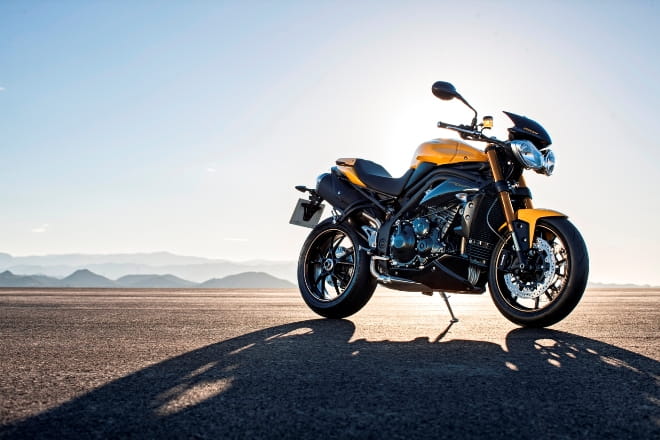 21 years after Triumph redefined the modern naked bike with the launch of the Speed Triple, they’re about to launch a new version.

Well, when we say new, it’s actually two new editions built to celebrate 21-years of the iconic Triumph Speed Triple – the Speed 94 and Speed 94R. Both are based on the current 1050cc Speed Triple three-cylinder engine and chassis.

For an all-new bike we’ll have to wait for next year when the much-rumoured new 1100cc Speed Triple is set to be released.

We initially heard it was due for sale this year, but now looks like it will be unveiled at the Milan Show this year.

For now we get these new editions. 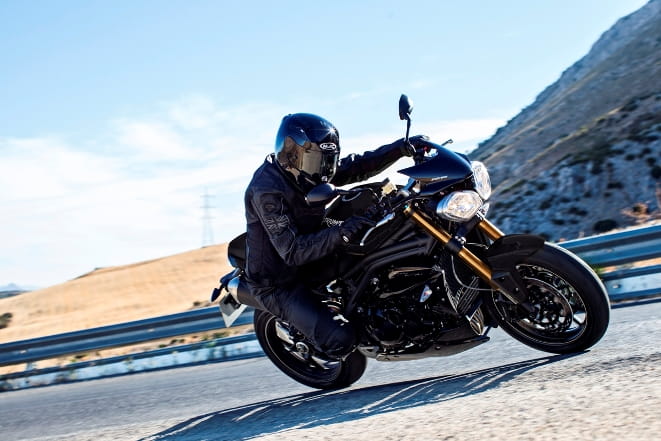 The new Speed 94 and Speed 94 R get either yellow or black tribute paint mixed to the same specification as the original bikes, original Speed Triple decals, and blacked-out parts to echo the classic Speed Triple look.

Like the standard bike, the Speed 94 makes 133bhp and 81.8ft-lb of torque from its fuel-injected 1050cc motor, while the original Speed Triple made 96bhp and 54ft-lb of torque.

Interestingly, the original Speed Triple weighed a claimed 209kg dry, which equates to around 230kg when fuelled up and ready to go. By contrast, the 2015 model weighs 215kg wet. In 21 years, the Speed Triple has lost 15kg and gained 37bhp. Result.

The chassis on the Speed 94 standard too with 43mm upside-down Showa forks and a monoshock rear, with Brembo radial calipers and ABS. The subframe is painted in Graphite to match the frame and the side panels colour-balanced to match the look of the first Speed Triple. 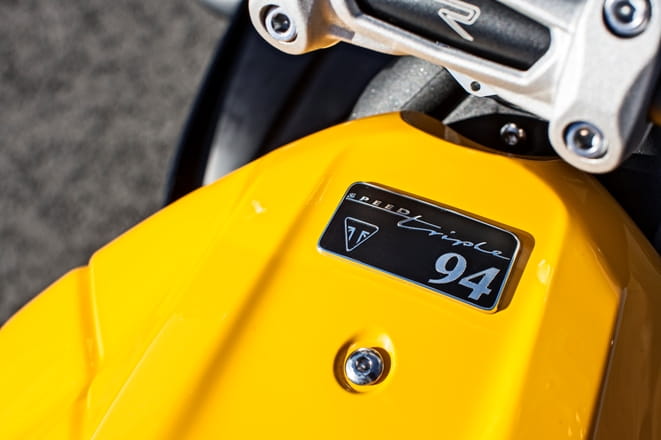 Both bikes are available to buy now.

Do you own a Speed Triple? How do you rate it?  or