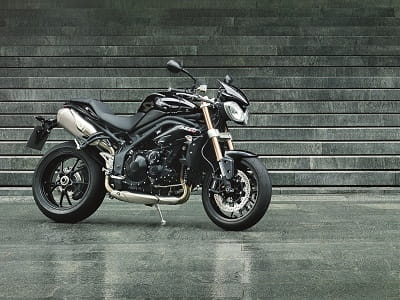 Triumph will launch an updated version of their top-selling Speed Triple in 2014.

Triumph insiders told us the bike will get a similar makeover to the new Street Triple which on the surface looks the same but gets a new frame, swingarm and engine updates.

The new Speed Triple is expected to feature a sleeved-down fuel-injected version of the Triumph Explorer 1200’s engine, expected to be 1100cc. The current bike is 1050cc.

The Speed Triple is one of Triumph’s most iconic bikes and a top-seller for the British firm.

Naked bikes in the UK have taken off massively over the last ten years as riders look for performance and handling without the top speeds that sports bikes are capable of. Triumph getting the new Speed Triple right will be crucial to them staying on top of that class.