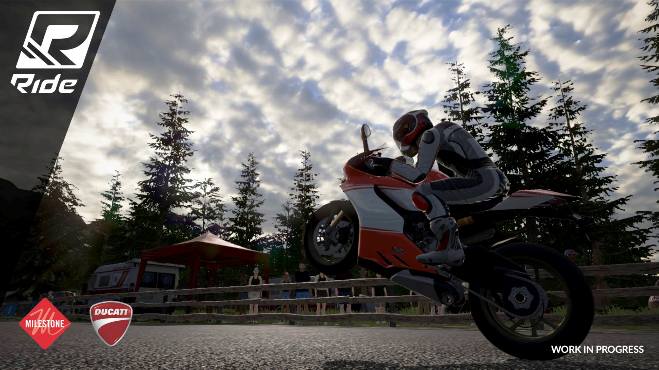 Ride is a new motorcycle video game developed by the team behind racing games such as MotoGP 2014 and MXGP. Available this Spring, it promises to be the first game since ‘Tourist Trophy’ was released in 2006 to use road bikes. Judging  by the screen shots alone, the game looks like a real winner.

Ten of the 14 manufacturers to feature in the game have been revealed so far and the promise is that over 100 bikes will be available across four different classes.

Milestones are the Italian-based developers and they have been drip feeding updates of which models will be featured since the game's announcement in September 2014. What we do know is the game will be available on PC, PS3, PS4, Xbox 360 and Xbox One.

Across the four classes of Naked, Supersports, Superbikes and Historical, ten models have officially been unveiled so far, each with its own 360 degree YouTube trailer showing detailed modelling:

Four further manufacturers are set to be announced with BMW being the most obvious omission from the list so far. From the screen shots we’ve had access to from the development version of the game, another KTM exists; the 1290 SuperDuke R.

The video is a working demo and not yet the finished article. For example, the true engine sounds have not been inserted into the game yet, and the video uses just a generic overlaid engine note.

To keep you hooked, each bike is customisable with plenty of upgrades available too. You can change its appearance, transmission, brakes/suspension, wheels and engine.

The developers even claim to have adjustable bike physics, realistic Artificial Intelligence (whatever that is? Ed...) and slipstream effect. You can even select from a range of rider models, liveries and race suits.

There are 15 locations includes 7 GP tracks and two city tracks, each location has three variations and then there are seven game modes from a Single Race to a Track Day Challenge, through to World Tour and Endurance. 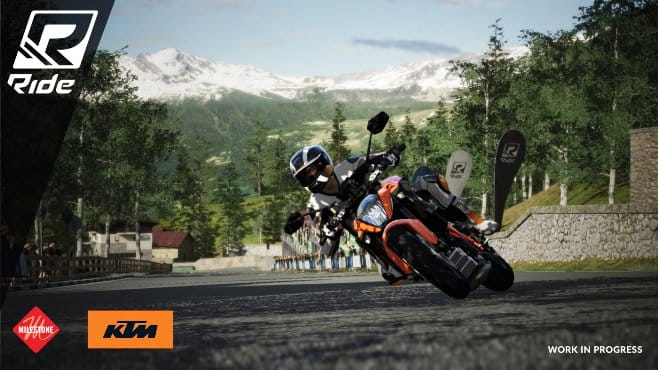 WE SAY:
Motorcycle games have come a long way since the days of ‘Super Hang-On’ (under 30? Ask your Dad), and while the graphics can look life-like, it’s the game play and realism of controlling the bike that has often left fans feeling a little short-changed.

RIDE is certainly talking-the-talk but can it walk-the-walk? we’ll be reviewing a copy when it’s released so stay tuned.

Personally, I’d much rather be on a real bike on the real road but I’m sure RIDE will be a hit with gamers the world-over.