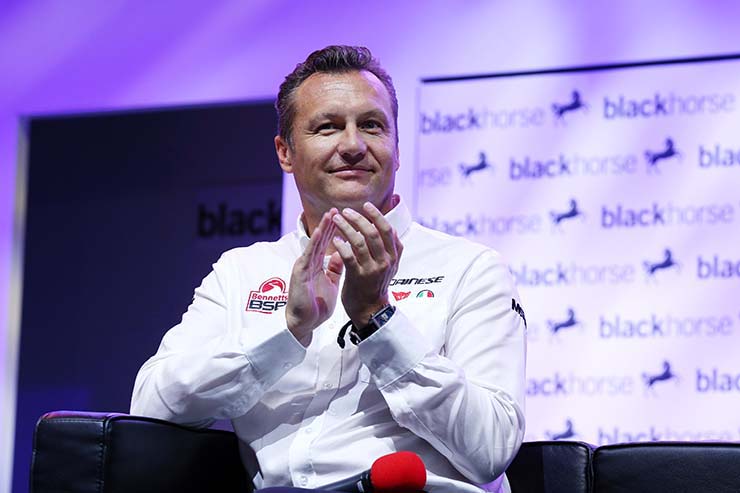 For a motorcycle racing series that emphasises its quintessential Britishness so proudly it should be dressed in a Union Jack, the Bennetts British Superbike Championship has transcended these fair isles to earn a revered global reputation exceeding its modest domesticated premise.

Indeed, whether it is the iffy weather conditions, a calendar brimming with skill-testing circuits or the targeted effort in smoothing the playing field to put spectacle above all else, BSB is as British as a braving out the rain with a Thermos in one hand and a bacon butty in the other.

With its alumni sprinkled with riders that have checked BSB off en route to the bright lights of the World Championship or those bringing internationally honed gravitas to these shores, the strength of BSB is matched only by the depth it has become renowned for.

The 2022 BSB season - which set in motion last Friday with the first official pre-season test at Snetterton - is shaping up to be no exception. A vast entry-list comprising 34 riders across 20 teams is primed to take to the grid at Silverstone on 16-17 April, among them three BSB champions, 14 race winners, 19 riders with podium-winning credentials and seven fresh-faced rookies.

While raw statistics ahead of time can't speak for the racing to come, you'd be hard pressed to remember a season that you don't remember. So, if BSB is one of motorcycle racing's greatest shows, does that make Series Director Stuart Higgs the ‘Greatest Showman?'

"We want to put on a great show for trackside and television audiences and that is what BSB is about," he tells BikeSocial in an exclusive and wide-ranging interview around the series' enduring popularity among fans that subscribe to its purist approach.

"I can't think of any other form of motorsport where - other than a few tiny modifications to keep up with evolutionary updates - the regulations are the same published in 2022 as they were in 2011, the same ten years on."

Indeed, evolution rather than revolution has been the cornerstone to retaining and encouraging the BSB's loyal fanbase over the last ten years, though it took a bold decision to side-step regulations dictated by WorldSBK and adopt a standard ECU from 2011 for BSB to forge its own pathway and collect its own spotlight.

Not that the decision was initially well received with those resisting arguing it limited scope for better sorted teams to retain a hierarchy over the opposition, while the days of wild-cards - like Tom Sykes on a Rizla Suzuki or Leon Haslam on the HM Plant Honda - swooping in to upset the WorldSBK hierarchy every now and then was over. 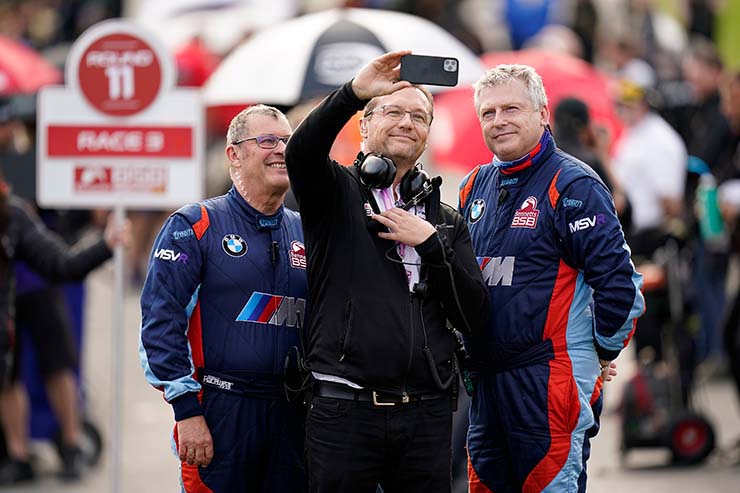 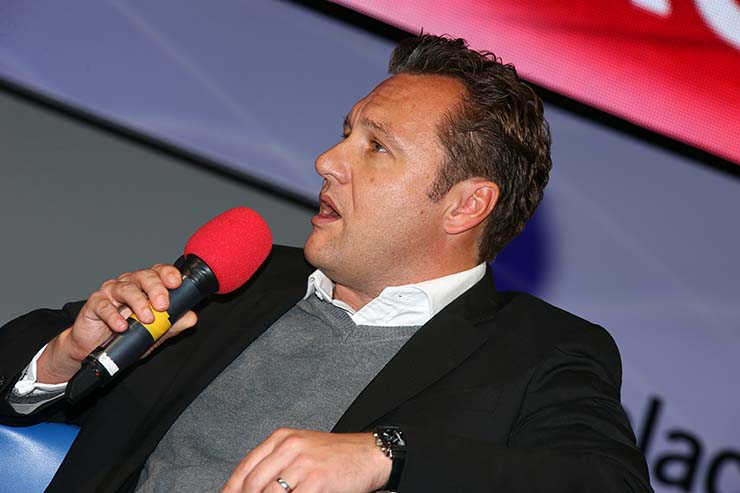 However, far from fears BSB would lose relevance in the eyes of WorldSBK teams looking for tomorrow's next big name signing, the slashed costs allowed more cash-strapped teams to get into the mix, while the proven MoTec package has over the years demonstrated excellent reliability. For Higgs, this was the pivotal moment that changed the course of BSB's future, so much so that there are no plans to tweak the tried and tested formula any time soon.

"When you talk about the championship on a global scale, how do you define it and ask what is different? That technical rule is the reason.

"Jonathan Palmer's [MSV CEO] day one mission was ‘if F1 could have a control ECU, there is no reason why BSB can't'.

"There was huge resistance initially, but we had become used to teams explaining their bad performances were because of electronics issues, now they don't. Together with mechanical improvements, which are generally step by step evolutions, it has allowed all of the bikes to remain competitive."

Indeed, you only have to look at the current line-up to see Higgs' point. Of the six manufacturers competing, in 2021 five of the six scored at least one race win, the exception being the still competitive Kawasaki.

This even includes the Suzuki GSX-R1000R, a machine largely mothballed in other championships on account of its age but remains a weapon in BSB thanks to the regulations.

"The rules seem to hit the sweet spot," he continues. "It doesn't matter whether you have the latest Ducati V4 or a Suzuki GSX-R, which is perhaps the oldest in terms of shelf life, they are still in play for wins.

"There may be a slight technical hierarchy but not as much and now we are seeing after many competitive years that somebody is coming to the fore. All six manufacturers are in a genuine competitive state and the rider can make the difference.

"Where a bike manufacturer might be under-performing, a rider change can make the difference. It is all delicate balances, for the team there is sophistication in the electronics, but not to such an extent it can smash budgets to bits." 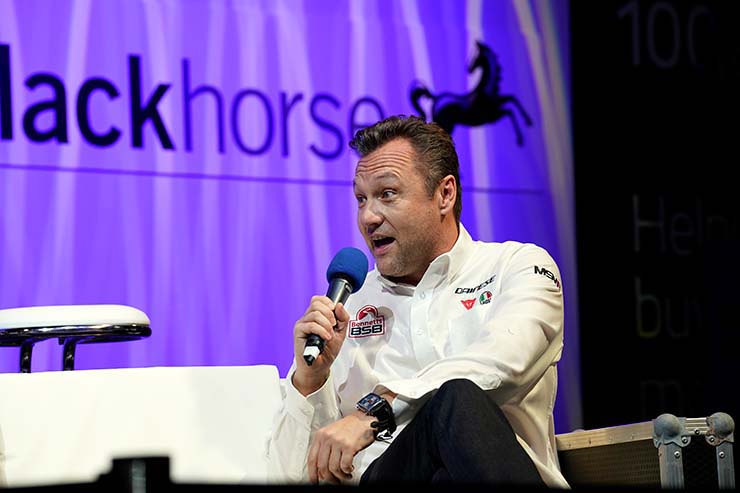 Moreover, the attention paid to keeping budgets from spiralling would go on to play a significant role way down the line when the impact of COVID-19 put teams, sponsors, and associated businesses under pressure both on and off the track.

With the hangover from COVID-19 forcing the 2020 BSB season to play out over a compacted six event schedule and delay the 2021 season until June, the 2022 BSB's plentiful grid numbers - which are mirrored across the BSB support package - indicate the value, appetite, and exposure of competing in BSB remains as tempting as ever.

"The last two years have not been easy and certain changes have been made to keep the championship strong, credit to the teams, they have some astute owners that also have their own business interests and have ridden out a very difficult period.

"The single biggest thing for us is to provide stability, doing the right thing at the right time and maintaining the values, and that is testament to the series."

A series notorious as a fertile proving ground for emerging talent already on their way, such as Jonathan Rea, Cal Crutchlow and Alex Lowes, it has also attracted headline riders coming the other way in Scott Redding, Sylvain Guintoli and Josh Brookes.

For the 2022 BSB season, there are two clear poster boys returning to where it all began in Tom Sykes and Leon Haslam. While the latter has made a habit of moving between WorldSBK and BSB - winning the title in dominant fashion in 2018 - the latter is the first British rider with a WorldSBK title his name to turn to BSB. [Ed: Neil Hodgson did attempt to compete in 2010 on the Motorpoint Yamaha but didn't start the first round before retiring].

"You forget how old Leon is, though he is like his father and will race a washing machine if he thought it was the right thing to do!

"Leon coming back will be hungry, his fitness isn't up for doubt, and he can race competitively for many more years to come.

"When you look at Haslam and Sykes, they have a formidable set of statistics across the British and World Championship, which can only strengthen a grid that has the likes of Josh Brookes, Tommy Bridewell, Jason O'Halloran and more. It's getting stronger, not weaker."

However, while news of their homecoming has been broadly warmly received, it has - to Higgs' frustration - triggered a more cynical response from other keyboard-wielding fans, who opine the BSB grid is weighted towards more ‘seasoned' riders taking up seats that could go to up-and-comers.

It's an assertion Higgs wholly disagrees with, saying BSB strikes the right balance of experienced riders, who then provide a necessary benchmark for those starting out.

"Every year we get ‘this is the best entry list yet', it has to be something for everybody. We are always on the receiving end of comments suggesting the ‘old guard' should move aside to allow the young people to come through, but then without the benchmark of experienced riders, the newcomers would have nothing to aim for.

"I have been reading recently that it is a victim of its own success and that riders are comfortable here and not go to the World Championship.

"But we have to be a steppingstone and a place for riders to reside and progress, so they can come out as strong as they'd be from any country in the world."

While the scourge of the ‘armchair warrior' is part and parcel of any motorsport series today, one BSB talking point has continued to divide fans over the past decade.

Indeed, while the Title Showdown - a fairly unique format that syphons eight riders into their own private championship fight to be predominantly played out over the final three events - at 12 years old is certainly no longer a novelty, it did come in for scrutiny last season when Jason O'Halloran had to cede a vast three-figure points' lead before his McAMS Yamaha team-mate Tarran Mackenzie out-performed him when it mattered to snatch the title. 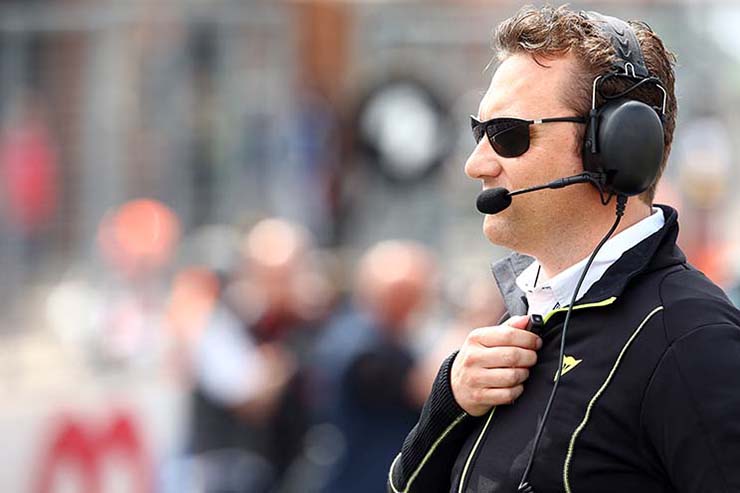 However, - whether by sheer fortune or savvy fortune-telling - the Title Showdown has arguably always seen the cream rise to top and while Higgs can sympathise with O'Halloran's plight, he says the Title Showdown's value is better measured when viewed as a bigger picture.

Accepting the primary objective is to ensure the title race remains alive until the final rounds - a justification for which he makes no apology for - Higgs says the more attainable possibility of reaching the Showdown gives some of the more minnow teams an attractive target to strive for, adding some would be compelled to pull out of the series altogether if BSB reverted back to a linear format.

"The sport relies upon the participation of the teams, and it relies on the interest of the people watching the championship, so we provide the mechanism for the most amount of teams to have a genuine chance to get into a stage to win it.

"If we suddenly reverted to a linear championship, instantly I can think of at least six teams that would go ‘what's the point?'

"If the championship consists of 30 riders and 16 teams, you can look at the entry list and say 12 teams would think they have a genuine and realistic shot at reaching the Showdown.

"For some teams, their objective is to reach the Title Showdown so if they achieve it then they have something to show for it. In a regular season, finishing seventh might make you think ‘what's the point?'.

"Yes, mistakes are punished that bit harder in that phase of the championship but that's the whole point, as you get deeper into it, it gets more intense.

"People don't think that is how it should be done, but I don't think we should apologise for it."

Like it or loathe it, the Title Showdown may serve to shake things up in the final stretch, but it shouldn't detract from arguably BSB's most captivating habitual pre-season point; Who will win the title?

In 2022, as it is almost every other year, your guess is as good as mine… and that surely is epitome of why BSB's popularity continues to grow each season.