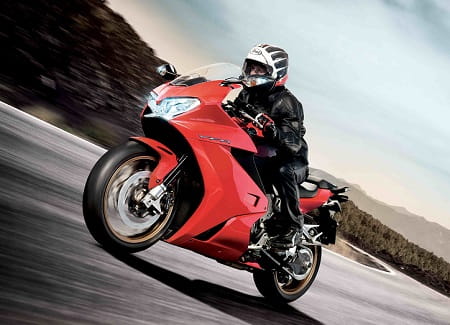 It’s been a while coming, but 12 years after the VFR800 was last thoroughly updated, Honda have finally given its legendary sport tourer a new lease of life with some fairly substantial changes. Was it worth the wait?

Although the V4 engine is basically unaltered aside from tweaks to the VTEC system, fuel injection and intake funnels, and the chassis is also identical, the rest of the VFR is brand new. As well as a braced swingarm, the suspension is upgraded with new forks (although not inverted) while new wheels and radial brakes sharpen its focus. However the biggest change is to the electrical systems. As well as ABS, the VFR now comes with traction control, an optional quickshifter, a redesigned dash, LED lights and heated grips. These new features, along with a restyle that has more than a hint of VFRs from yesteryear about it, complete the revisions. So, as you can see, it’s considerably more than just a facelift. Although despite all these changes, when you ride it, the 2014 VFR is still very much a VFR. Which is no bad thing.

When the VFR first used the VTEC system in 2002 it was more than a little controversial. Jerky in its operation and irritating at cruising speed as the VTEC dropped in and out, it’s fair to say VFR riders weren’t huge fans of the new technology. However over the years Honda have revised the system and it is now faultless in its operation. In two-valve mode the V4 provides smooth torque before the VTEC changes the engine’s character at around 7000rpm as the two previously redundant valves per cylinder become operational. Unlike the first generation, which signified this change with a jerk, the only indication the latest VTEC motor gives is a change in sound and a nice dollop of extra power. There is no snatch and it enhances the good points of the V4 engine rather than create annoyance. And the same is true for the new electrical features. 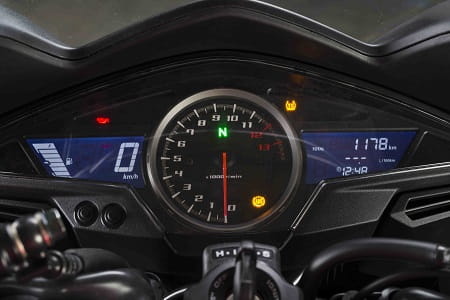 The redesigned dash is clear, comes with a gear indicator, fuel gauge and even heated grip level display, which is all very well and good, however it is the more sophisticated systems that bring the VFR bang up to date. Although unlike the ABS the traction control can be turned off, personally I wouldn’t bother as it performed excellently. Honda use a slightly different way of cutting power on the VFR than other manufacturer’s TC systems and when it does kick in, the power reduction is pleasingly gentle. Thoroughly testing TC is best done on a track rather than a road, but over slippery pedestrian crossings it did seem to catch any spins and retard the power nice and smoothly.

Having defined the sports tourer class way back in 1986 when it was first launched, it comes as no surprise that the latest version is very accomplished both in the bends and on motorways. The seat is well padded and although the screen is a bit small, the riding position is comfortable. Some riders felt the bars were a little stretched out, but personally I didn’t find this an issue. On twisty roads the chassis is typically VFR – agile, stable and balanced when lent over. It’s not as fast turning as a dedicated sportsbike, but it is still far sportier than a large tourer, as well as being considerably lighter and more maneuverable. 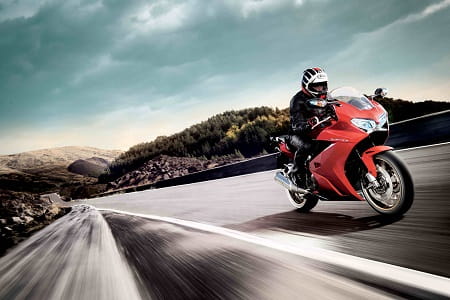 Having waited 12 years for an update, VFR fans will certainly love this new model. Which is a good thing as Honda basically built it for them. While sports tourers have in general fallen out of fashion with most riders, VFR owners are a dedicated bunch who tend to upgrade their bike for a newer model of VFR rather than swap brands. For over a decade they haven’t had much reason to upgrade, however for 2014 they now have a VFR that is a significant improvement without losing the charm that makes this iconic Honda such a special bike. 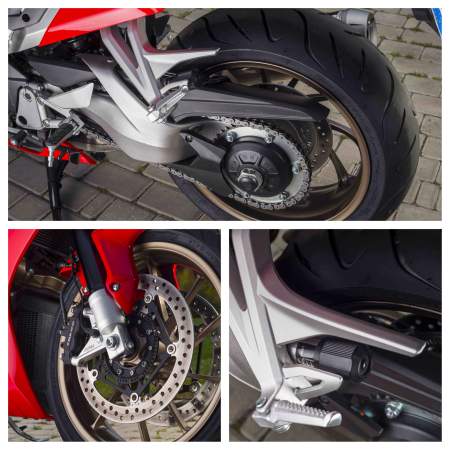