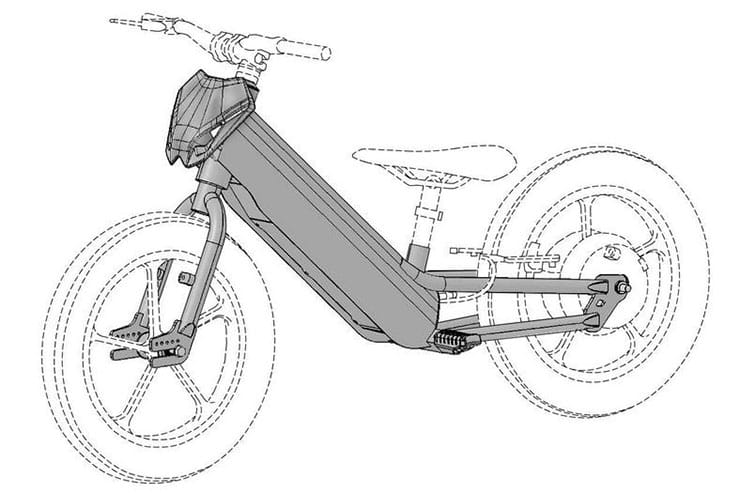 Kawasaki is already teasing an upcoming electric off-roader that’s due to launch on 7th June but patents for the new bike have been published in Japan and it’s clearly not a machine that will have electric bike market leaders quaking in their boots.

The upcoming model, teased via a video on Kawasaki’s American website that shows a young-looking rider in motocross gear, an off-road course and the slogan ‘The Good Times Are Electric’, is actually to be a kid’s electric machine that’s little more than a motorized balance bike. 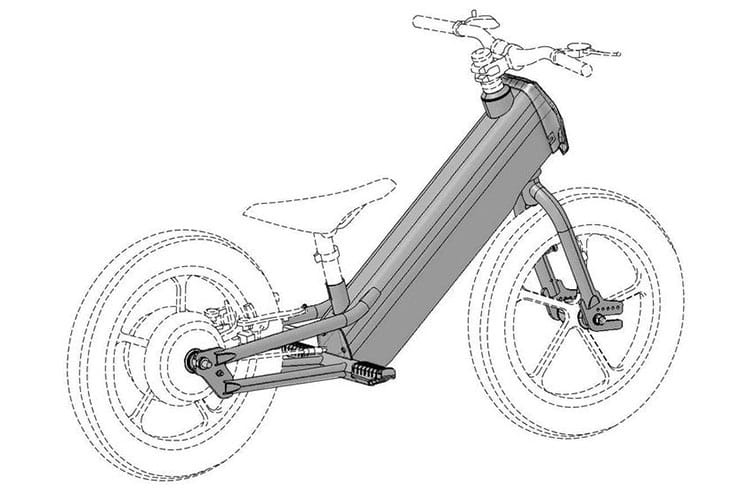 The new patents, filed in Japan, show exactly that – a simple, children’s balance bike with an electric motor mounted in the rear wheel hub. It doesn’t take much to guess that the battery and electronics will be housed in the central frame section, and the images show that the brakes are simple, cable-operated bicycle brakes operating on the wheel rims.

It might not be the sort of battery-powered Ninja that Kawasaki’s 2019 prototype hinted at – and to be fair, at the time the company said it had no plans to make such a machine – but electric balance bikes are already something that several manufacturers are latching onto. KTM, Husqvarna and even Harley-Davidson already offer them (all seemingly identical apart from the badges and colours, suggesting they’re rebranded versions of an existing, externally sourced model).

Last year, Kawasaki announced that it was to launch 10 electric models by 2025, with the first three expected to appear before the end of 2022, and that by 2035 all its bikes in developed countries would be electrified – either as purely-electric models or as petrol-electric hybrids. Along with Yamaha, the company is also working on hydrogen-fuelled combustion engines as another route to eliminating carbon emissions.

The Elektrode might not be quite the quantum leap that R&D like that suggests is in the pipeline, but it will provide Kawasaki with a first step towards electrification, and hopefully the company will use its unveiling on 7th June as an opportunity to tell us more about its electric plans for the future. 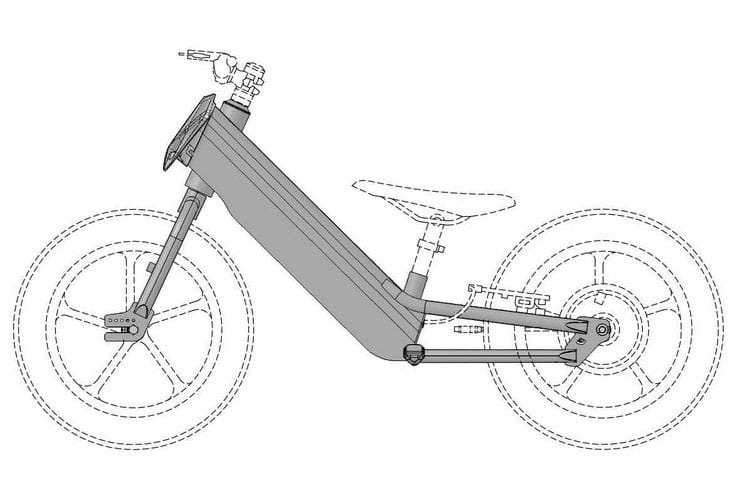