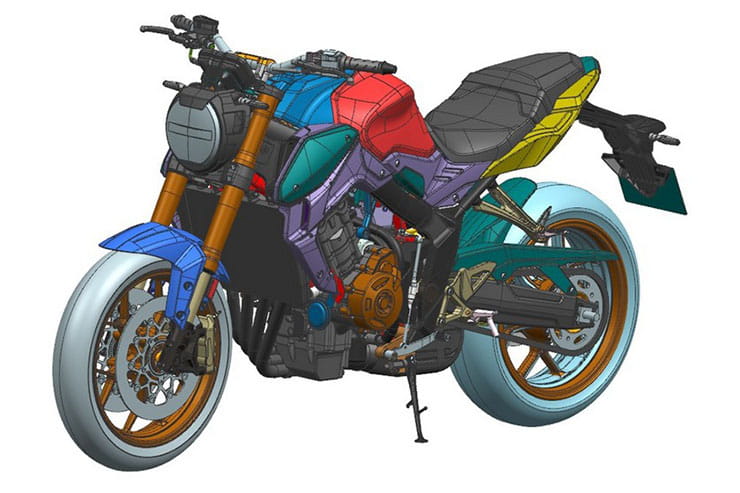 Back in September 2020 we revealed the designs for an 800cc four-cylinder engine from Wuyi Weisenke Power Technology that went under the ‘Viselike VSK800’ name. Now images of the bike that will carry that engine have emerged via design patents for its styling.

Called the Viselike VESK800-A, the new machine is a naked roadster that looks too much like Honda’s CB650R to call it a coincidence. While it isn’t quite the part-for-part clone that we’ve seen before from China, particularly on small 125cc machines, virtually every aspect of the Viselike is closely based on the equivalent component of the CB650R. 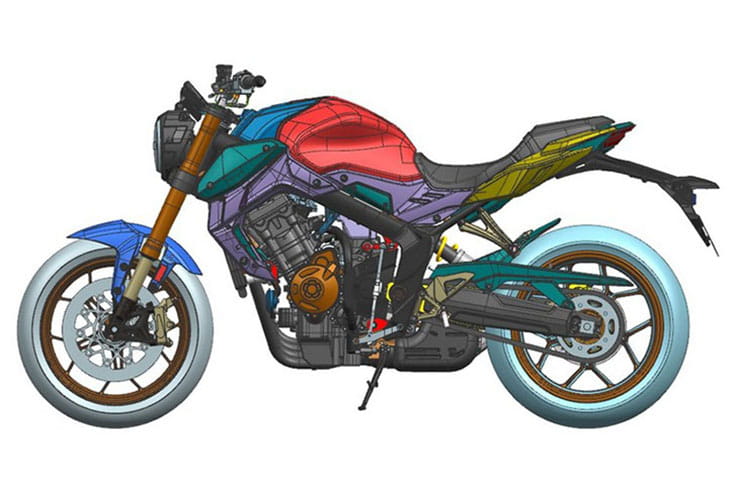 As we noted back in 2020, the new engine might have an 800cc capacity, but its outline and general design are similar to the CB650 engine, itself a descendant of Honda’s CBR600 lump. While evert individual casting is different to the Honda’s equivalent part, the bolts appear to line up perfectly, suggesting it might be possible to swap components between the Honda and Viselike motors.

With the entire bike, the similarities become even more apparent. The frame follows exactly the same shape as the CB650R’s, although again with enough detail differences to prove it’s not a carbon copy. And it’s the same story with the bodywork, the swingarm and even the wheels and brakes. Perhaps most glaringly, the exhaust system – with four distinctive pipes running parallel before merging into one, a tribute to the original CB400 on the Honda CB650F, copied onto the Viselike design. 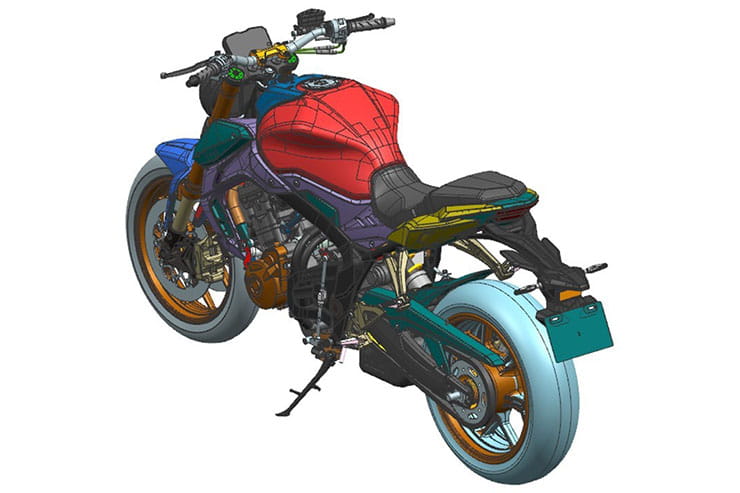 This sort of cloning has become increasingly rare as China’s bike industry evolves, although it remains easy to trace many of the engines coming from the country back to Japanese designs. However, even with its clear Japanese roots, Weisenke has still put some engineering effort into the designs, not only to create its own approximation of the Honda engine and chassis but to enlarge the motor to 800cc.

Weisenke isn’t the only company to take the CB650 engine as a template. Fellow Chinese brand Benda has already launched two models using its own 680cc four that follows a very similar design.

The Weisenke’s 800cc capacity makes it one of the biggest multi-cylinder bike engines yet to emerge from China, a country that until recently didn’t have any domestic models with more than two cylinders. Benda is a clear rival with its LFC700 and LFS700, based around the aforementioned 680cc four, but it also has a big 1198cc V4 engine waiting in the wings. Other Chinese multi-cylinders include Benelli’s 1200GT, which has a version of the Italian company’s three-cylinder engine, while at the other end of the capacity scale, Colove has recently presented its 400cc four-cylinder sports bike engine. Perhaps most intriguingly, Zontes – a brand that’s already on sale worldwide – is well on the way to developing its own 1000cc and 650c three-cylinder engines for a future range of bikes. 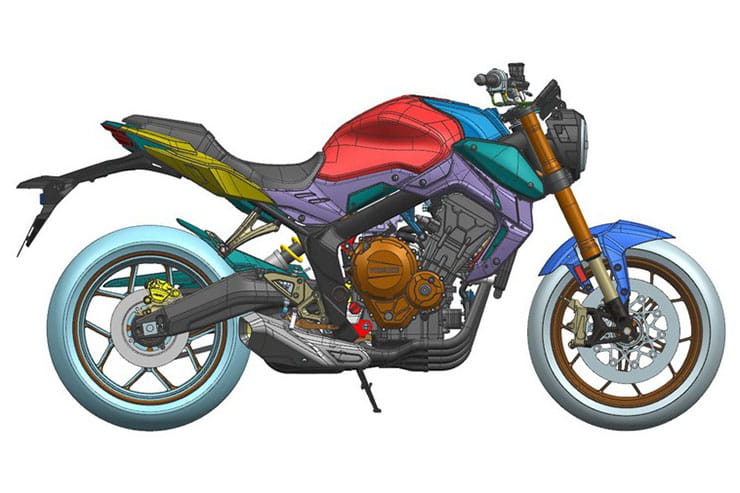 While the internal combustion engine’s days appear to be numbered and ever more Japanese and Western companies are turning their attention to electric bikes as a result, the Chinese market is the inverse of ours. Electric scooters already dominate sales, particularly at the cheap end, and there’s a growing appetite among motorcyclists for the sort of large-engined, multi-cylinder machines that they’ve been denied over the years.

In many ways it’s the Weisenke’s blatant cribbing of the Honda CB650R’s styling, rather than the adoption of similar mechanical parts, that’s disappointing. Some distinctive styling and could have set the firm’s first multi-cylinder machine apart, rather than blending it into the crowd.

However, since the real Honda CB650R costs the equivalent of £12,500 on the Chinese market, there’s almost certainly an opening for a cheaper, home-grown version.