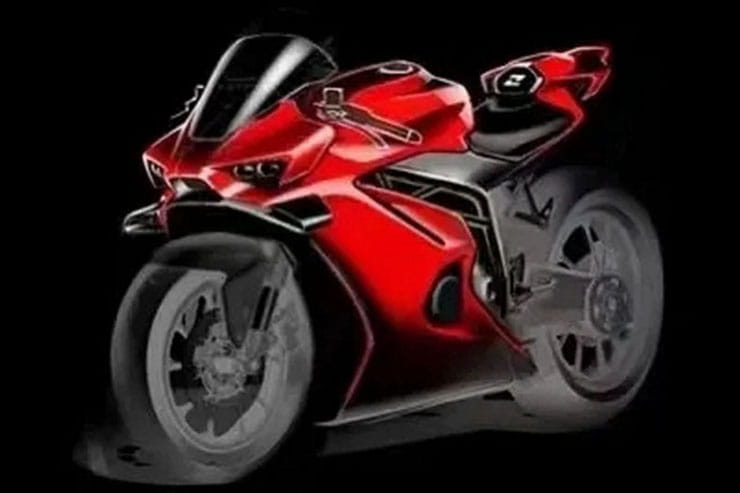 Back in the 1980s and early 90s Japan’s bike firms unleashed several generations of screaming 400cc four-cylinder sports bikes as they flexed their high-tech muscles and lived up to the reputation for miniaturising everything. Now a similar machine is about to be unleashed from Chinese firm Colove in the form of the Excelle 400RR.

We mentioned the machine last year, when Colove filed patents for its new four-cylinder engine, and now the company has officially confirmed the bike, even showing design sketches in China. And if they’re anything to go by, it looks just as intriguing as the Japanese 400s were 30 or so years ago.

Often higher-spec than the popular 600cc fours of the same era, bikes like the Honda NC30 and Suzuki GSX-R400 SP have become bona fide collectors’ items today, every inch the scaled-down WSBK reps that they intended to be. By the mid-90s, though, the trend was petering out, with customers flocking to cheaper, more powerful – albeit less exotic – 600cc sports bikes instead. While generally sold new only in the Japanese market, the 400cc fours also formed the backbone of the 1990s grey import market in the UK, coming here as used bikes, a few years old. Relatively affordable both to buy and insure, those imported 400s became the first step on the sports bike ladder for a generation of British riders.

On paper, the Excelle 400RR has what it takes to have the same sort of appeal. Its engine, using more modern design than the old Japanese fours with fuel-injection, an extreme over-square bore-to-stroke ratio of 59mm x 36.5mm and an ultra-high 13.1:1 compression ratio, promises 74hp at 13,500rpm. That’s around 15hp more than you’d get from the V4 in a Honda NC30. 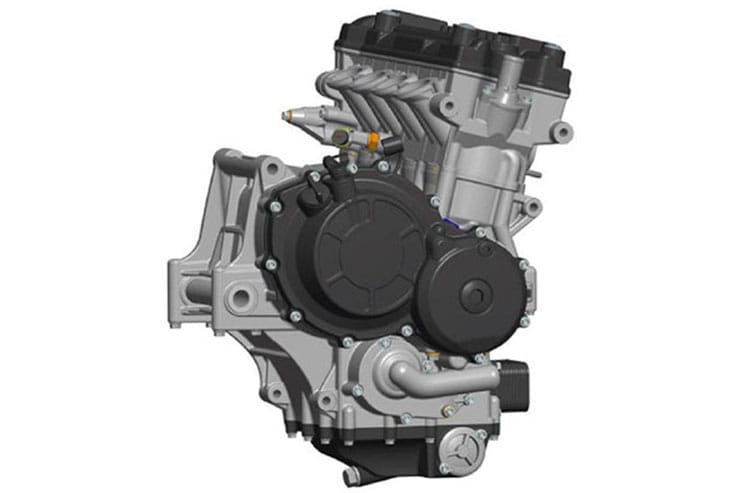 The bike it’s set to appear in looks just as interesting. The steel trellis frame might not be as exotic as the extruded alloy beams of the 90s Japanese 400s but it’s a reflection of modern trends that have seen a revival in steel tube frames in recent years. The single sided swingarm might be accused of giving the bike a rather Ducati-ish look, not helped by the choice of red paint in the design sketches, but it’s far from a slavish copy of any existing model.

Winglets adorn the nose to help keep the front planted as you approach those speeds, or more realistically to give the bike some race-style showroom appeal. They sit alongside a snout-like central air intake between hooded, inset headlights. It’s an aggressive look that’s not unappealing.

According to Chinese press covering the announcement, Colove’s boss shook off accusations of copying foreign designs, saying that if anyone could prove the four-cylinder engine was reverse-engineered from an existing unit, he’d eat one. 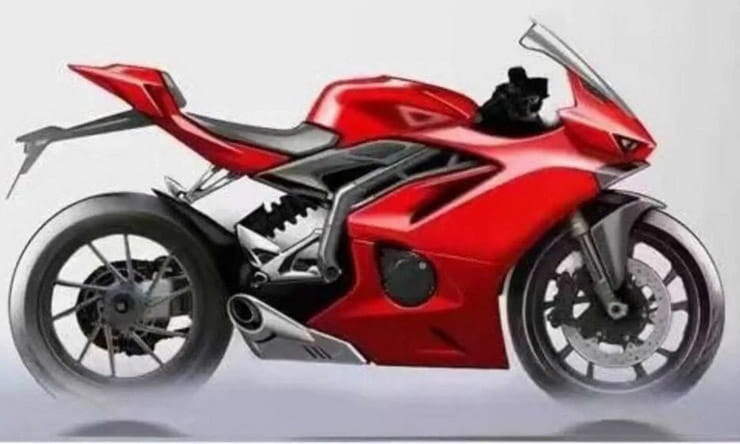 While there’s no clear sign that Colove’s machines will find an importer to bring them to Europe, or that a 400cc four-cylinder machine could even be made to pass Euro5 emissions rules that have made it harder than ever to make small, high-revving, high-performance engines legal, it’s worth remembering that few Japanese 400cc fours were ever sold here officially either. That didn’t stop them becoming a common sight on UK roads, thanks to the efforts of grey importers.

The Colove might not be the only new 400cc, four-cylinder sports bike to be launched in 2022, either. Kawasaki is widely expected to reveal an upscaled version of its 250cc four, the ZX-25R, in the not-too-distant future. Meanwhile, fellow Chinese firm Benda, which is already expected to unveil an unusual 300cc V-twin turbo sports bike this year, showed a 500cc V4 engine in late 2021, albeit without explanation of the sort of bike it could be fitted to.