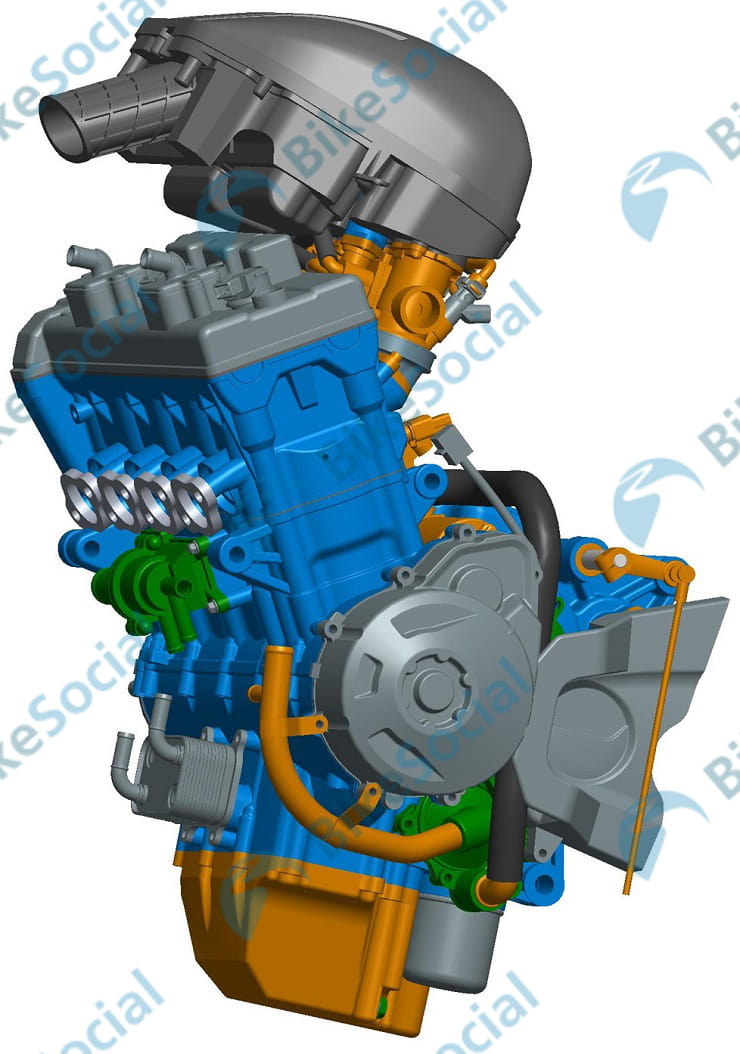 China’s motorcycle industry operates in its own peculiar way with standalone engine manufacturers creating power units to be bought in by any bike firm that wants to use them. While bland singles and twins make up the lion’s share one company is developing this 800cc four-cylinder that looks very much like a modern sports bike engine.

It’s created by Wuyi Weisenke Power Technology, a firm that already builds a 400cc parallel twin engine used by some Chinese motorcycle brands. If it adopts the same off-the-shelf approach to the new four-cylinder it will open up the possibility of multiple Chinese companies launching machines built around the engine. 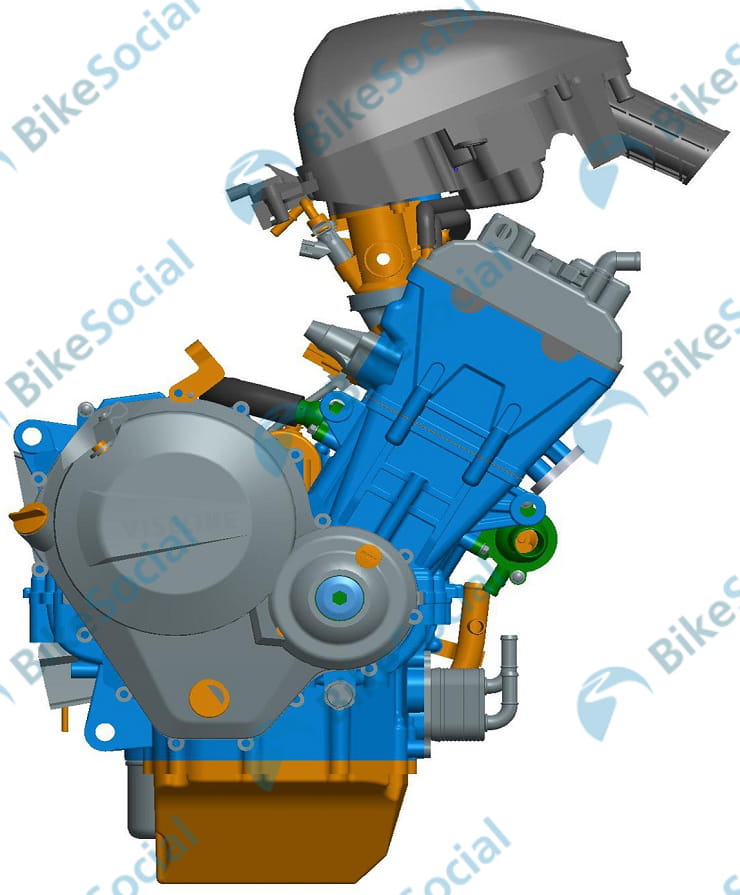 When it comes to specifications, we know the engine goes under the name ‘VSK800’ – indicating its 800cc capacity – and wears the name ‘Viselike’ on the side covers, hinting at a more westernized trade name for the motor.

It’s clearly modern, fuel-injected, DOHC four-cylinder, and even in a mild state of tune such an engine should be good for well north of 100hp. The design doesn’t appear to be a direct copy of any existing engine, but there are elements of the motor that suggest it’s inspired by the Honda CB650 four. The overall layout and position of components like the water pump match the Honda design, and the engine mounting brackets are a perfect match. 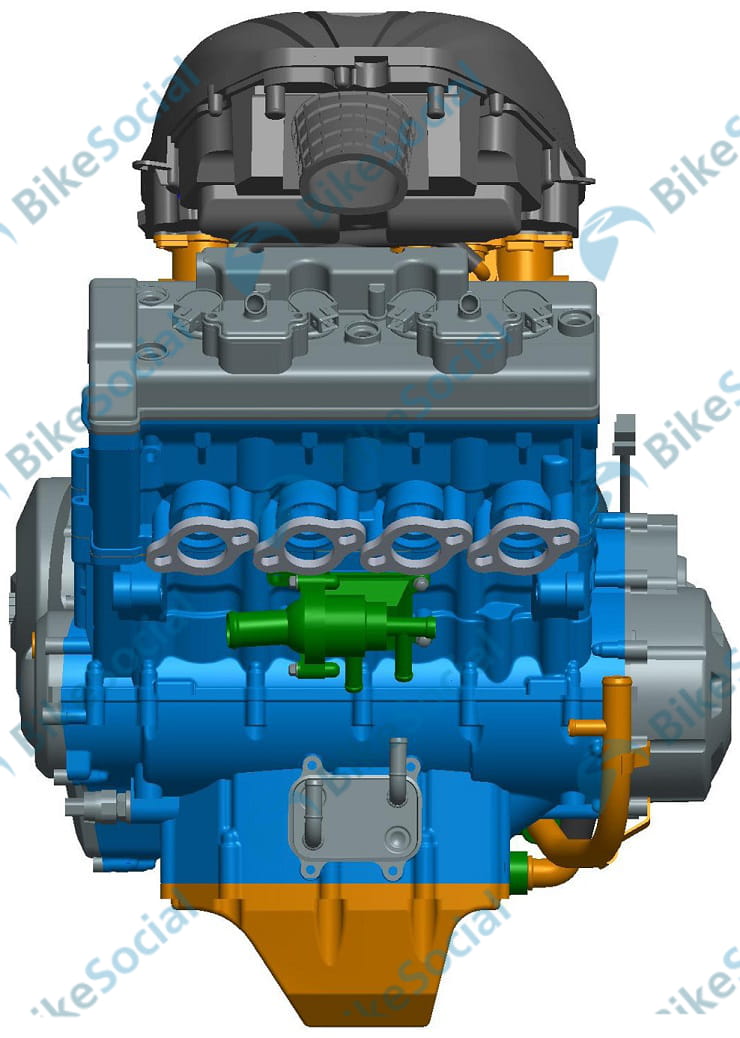 It’s not the first time we’ve seen a Chinese four-cylinder engine. Benelli’s parent company, Qianjiang, has been turning out its 600cc four for years and more recently we’ve seen plans for another Chinese company – Benda – to launch its own four-cylinder machine.

Initially expected to be a 750, the Benda has since been revealed to have the name ‘BD700’, suggesting a size of nearer 700cc, but like the new Weisenke design its engine has similarities to Honda’s CB650 unit. The two Chinese engines aren’t identical, though, so it appears that both brands are independently building CB650-inspired units.

Doing so could mean that other companies wanting to build their own four-cylinder bikes will be able to design frames using one set of dimensions, perhaps even using a CB650 engine as a pattern, before buying in either the Benda or Weisenke fours for production purposes. 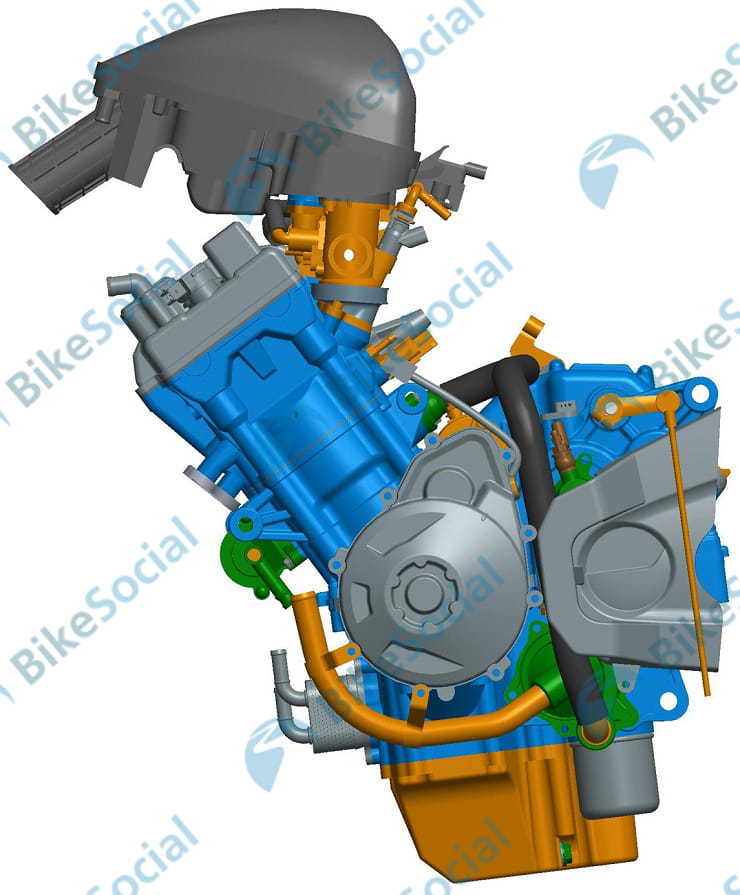 Why does it matter? We’ve already seen how cheap, Chinese bikes have been able to disrupt the low end of the motorcycle market, with multiple brands offering machines based on the same components at very low prices. Although often seen as disposable, there’s been a marked increase in quality from some Chinese brands in recent years, too.

If the country’s bike firms are able to repeat the same trick at a higher level in the motorcycle market, offering the sort of performance you’d expect from an engine like this 800cc four, they could easily become a tempting alternative to secondhand Japanese machines in the mid-range sector.

What’s more, the number of four-cylinder bikes in this part of the market is diminishing as companies turn to cheaper-to-make twins, opening a potential gap in the market that Chinese brands could rush to fill.