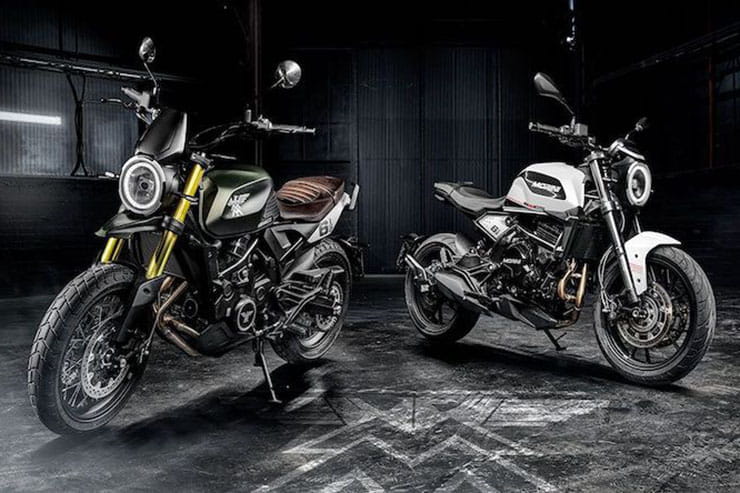 Revitalised Italian motorcycle company Moto Morini has begun the next stage of its revival under Chinese ownership with the launch of the Triumph Trident-rivalling Moto Morini 6½ Seiemmezzo, available in two variants, spotted at the EICMA show in Milan way back in November 2019.

A marque with a rich heritage stretching back to the 1930s, the Moto Morini 6½ Seiemmezzo - ‘six-and-a-half’ in Italian - reflects that legacy in a nod to models as the Moto Morini 3½ of the 1970s, so-called for its 350cc engine.

As such, the 6½ Seiemmezzo is thus a 650cc - or rather 649cc, to be entirely accurate - parallel twin generating 61bhp and on sale now in two versions; the more urban-looking STR and the scrambler-inspired SCR. 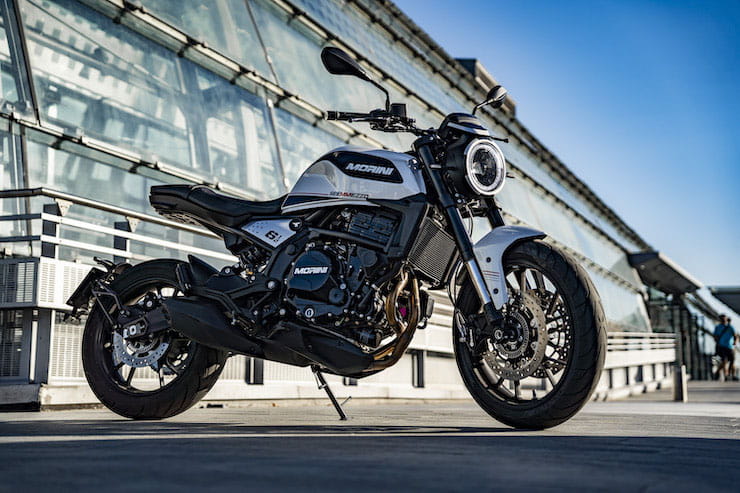 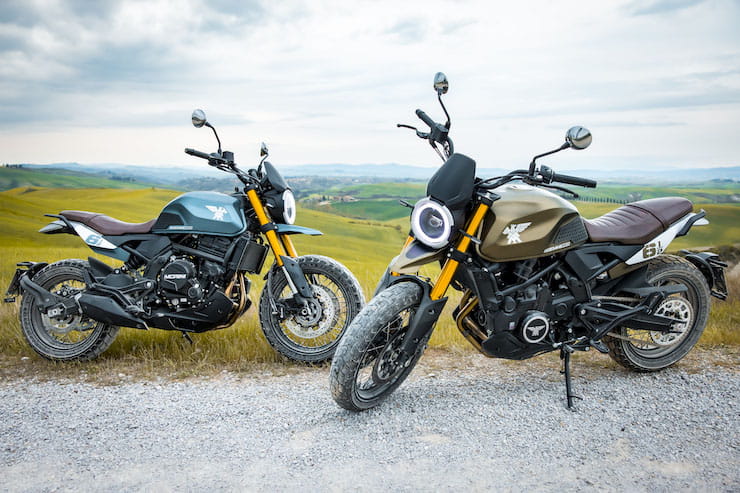 With both models - which can be ridden with an A2-licence - targeted directly at middleweight naked models, such as the Triumph Trident 660 and Yamaha MT-07, the STR [pictured above] is the more contemporary of the two variants with its different tapered fuel tank design and bold circular headlight dominating the front-end.

The SCR [pictured above], meanwhile, leans more into the ‘Modern Classic’ segment as a rival for the CFMoto 700CL-X Heritage/ADV with its high front mudguard, retro flyscreen, brown leather effect saddle and gold-coloured front forks.

Under the skin, Moto Morini has utilised Italy’s rich resources when it comes to selecting components with Brembo supplying the brakes, while the STR is equipped with Pirelli Angel GT tyres and the SCR is shod with MT60RS tyres for occasional off-road riding. Both models come with an 18” front wheel and 17” wheel at the rear.

Kayaba suspension is fully-adjustable at the front and rear, with Moto Morini touting a tailored riding experience through the 43mm inverted front forks.

From the riders’ seat, the 6½ Seiemmezzo comes with a 5” TFT colour screen dashboard and Bluetooth integration from which to use a phone while on the move.

The Moto Morini 6½ Seiemmezzo represents the next step in Moto Morini’s new era under the ownership of Chinese company Zongshen. Coming just over a decade after it went bankrupt in 2009, Moto Morini was revived in 2012 before Zongshen stepped in to buy it in 2018. 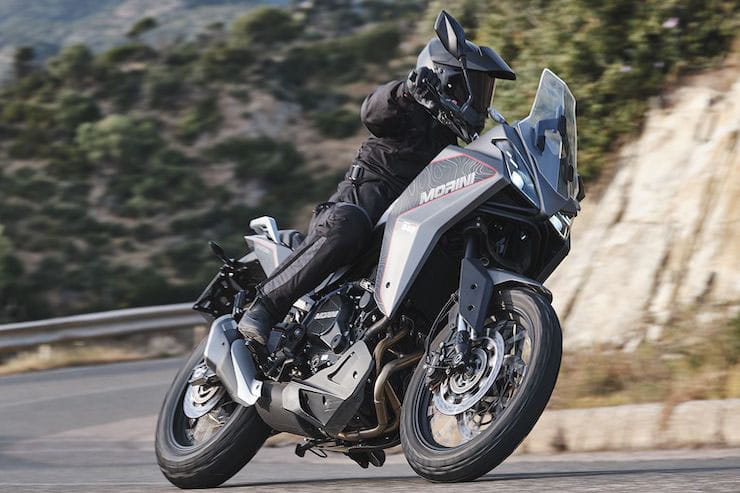 The naked also comes hot on the heels of the X-Cape 650 adventure motorcycle, launched earlier in the year, which was the first new model to arrive from Moto Morini since the takeover.

As a result of the deal with Zongshen - which has close ties with Italian giants Piaggio - both the X-Cape 650 and 6½ Seiemmezzo are built in China, with the company no doubt looking to mirror the success of QJ Motor-owned Benelli, which has sprung to the top of the Italian sales charts with its TRK502 sports tourer crossover.