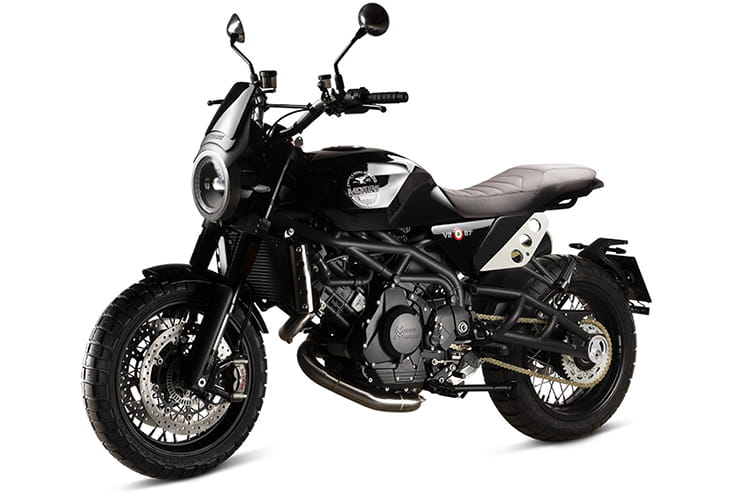 Moto Morini, the Italian firm based just south of Milan, and known for the last 20 years of its 82-year history for its 1200cc V-twin machines has taken a seismic leap by announcing an ‘entry level’ pair of models. The naked Scrambler-based ‘Seiemmezzo’ (translating to ‘six-and-a-half’) and the more adventure focused ‘X-CAPE’ both use a 650cc parallel twin engine that has remarkable similarities to a clone of the 650 Kawasaki motor, also being used by Chinese brand, CFMOTO.

The marque has also announced a 1200cc V-twin, four-valve ‘Super Scrambler’ for its 2020 line-up. 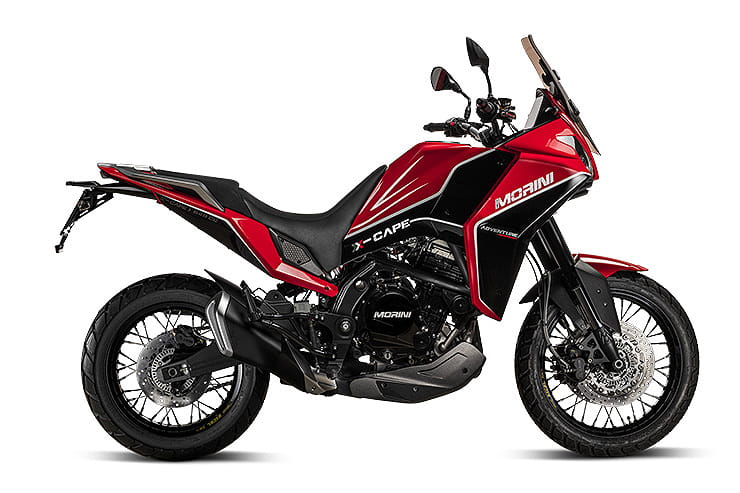 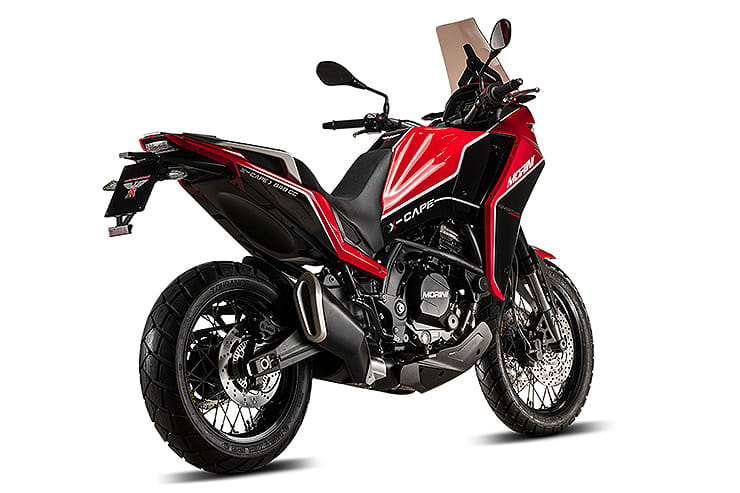 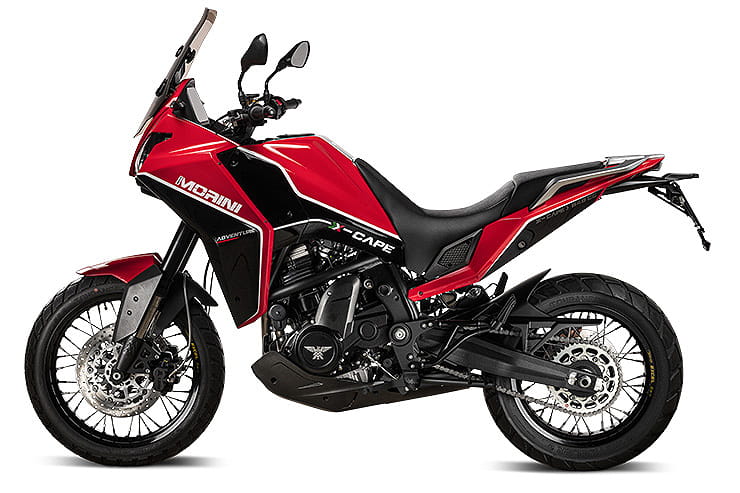 The more adventure focussed model from the dual 650-twin range is the ‘X-CAPE’ appears to go straight into battle with the Kawasaki Versys 650 and Suzuki 650 V-Strom. The 830mm low-ish seat height (adjustable to 845mm) and high handlebar position should offer the rider a handy combination of comfort, accessibility with road dominance and enough ground clearance to conquer the lighter trails and green lanes.

A chain drive, stubby front mudguard and no centre stand will have the more core adventurers tutting but Moto Morini make no bones about the X-CAPE and its 650 V-twin brother being entry level machines into its range. 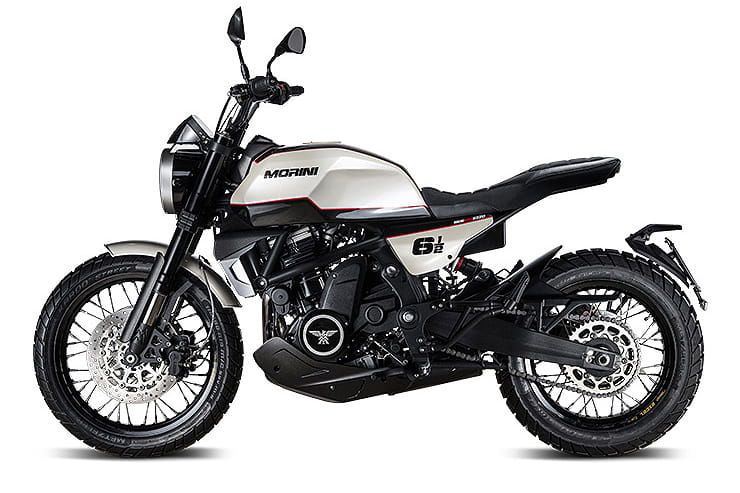 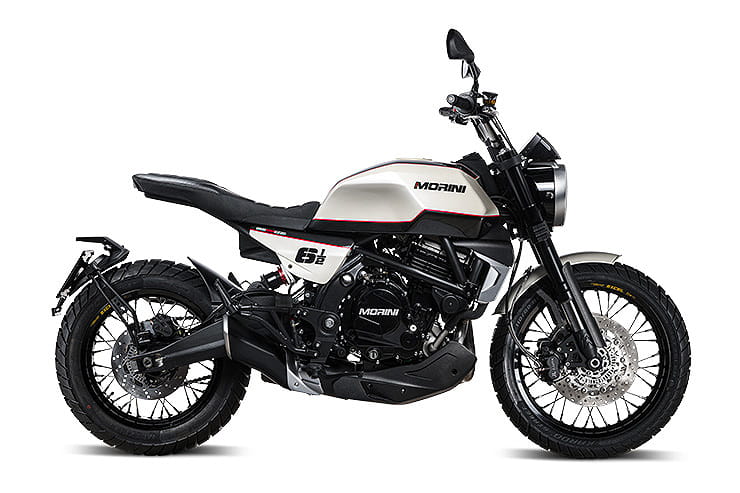 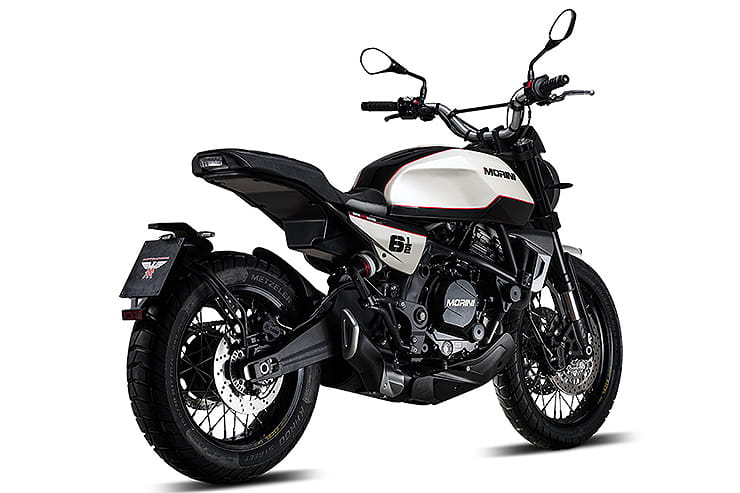 Above: the new 650 V-twin ‘naked scrambelr’ from Moto Morini

For the first time, Moto Morini brings an entry level 650 twin cylinder platform to its range with two bikes using the identical engine. The second of the two is the naked scrambler, known as ‘Seiemmezzo’.

The miss-matched 19” front and 17” rear spoked wheels are the same as the X-CAPE, as are the twin 300mm front discs, the 255mm single rear disc plus front and rear suspension.

Among the differences, however, is the Seiemmezzo’s 5” TFT screen while the X-CAPE’s is 7” with Bluetooth connectivity.

Price and availability aren’t available on either model as we type. 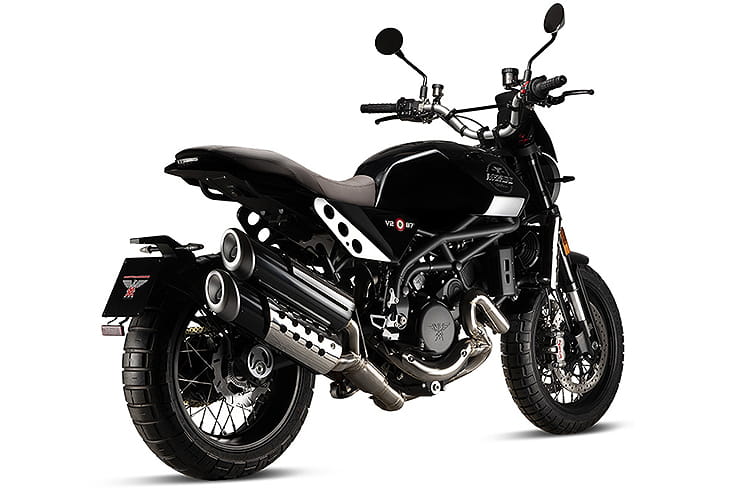 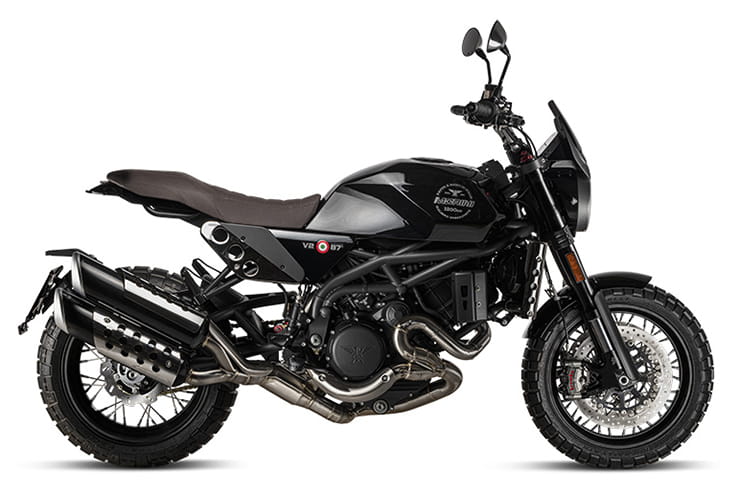 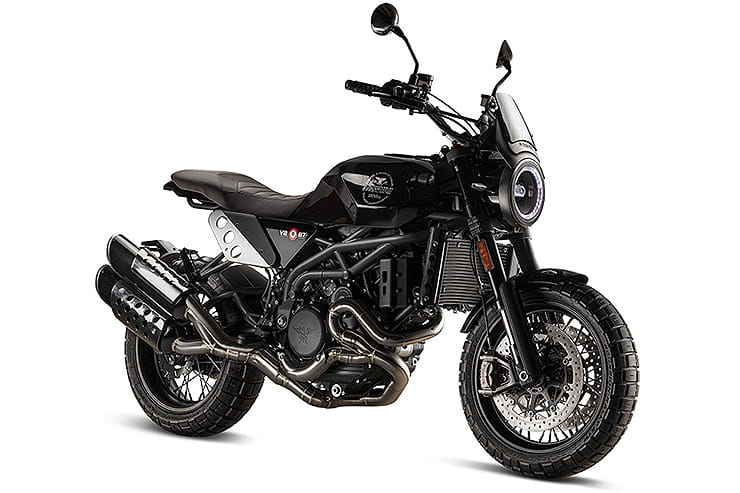 Moto Morini’s Super Scrambler has been designed to evoke the original scrambler ethos of having on-off radial tyres and suspension to cope with the tracks, and it’s therefore been fitted with a pair Pirelli’s Scorpion Rally STR rubber for the 17” rims. The updated ‘Super Scrambler’ supersedes the existing Scrambler 1200 and is beautifully finished with the same fine detailing as you’d expect form a top notch bespoke Italian suit.

Over-and-under side slung exhausts and a trellis-style swinging arm to match its chassis look the part but some wouldn’t be scrambling with the lack of engine protection.

Price and availability will be revealed soon.