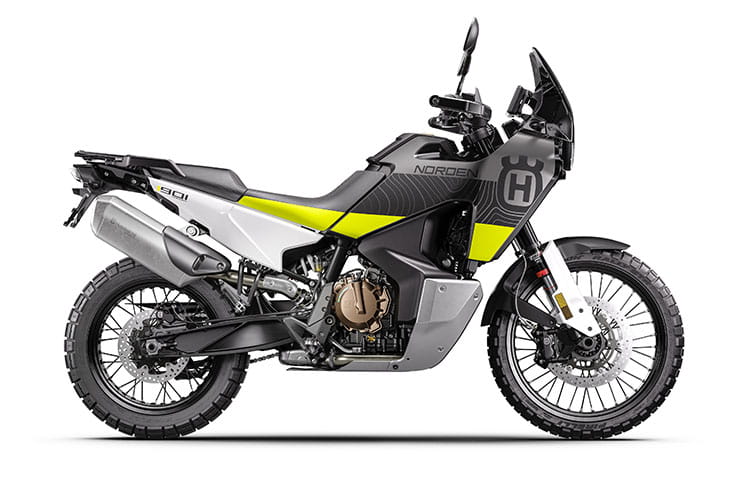 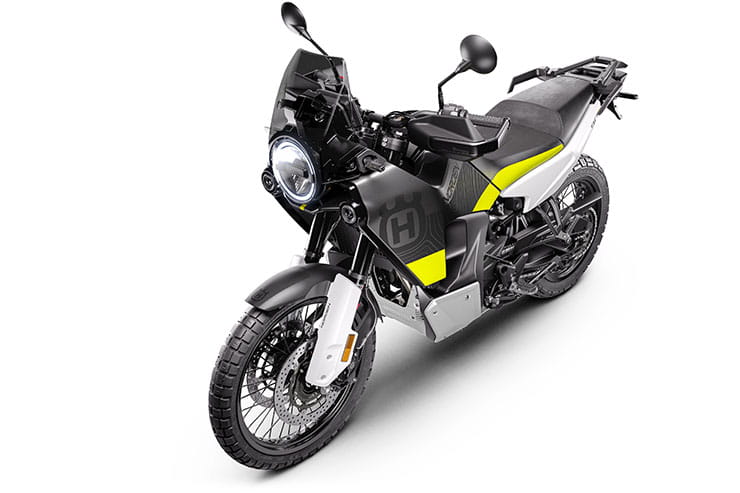 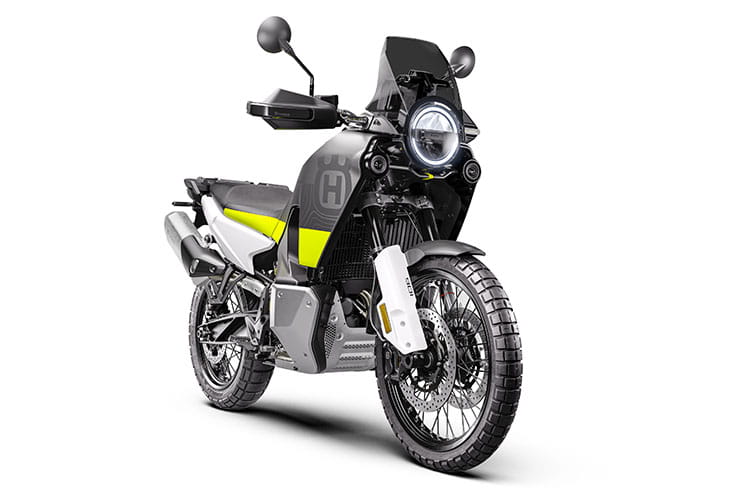 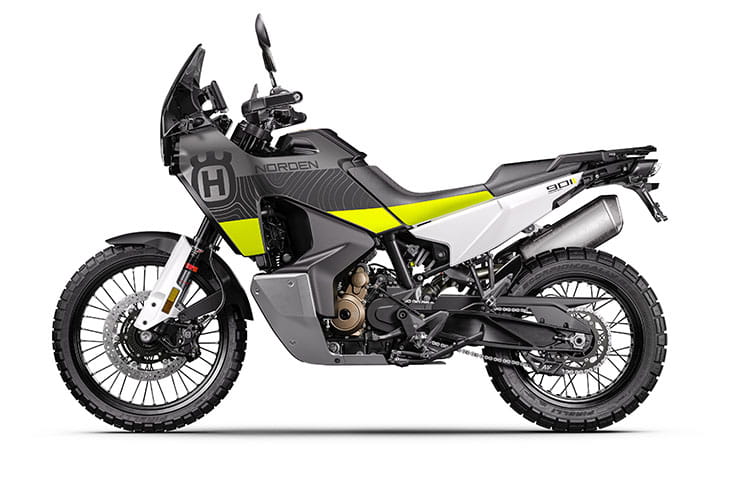 Husqvarna is taking its first dive into the twin-cylinder adventure bike market in the firm’s KTM-owned era with the 2022 Norden 901 – a production model that’s almost indistinguishable from the concept version that was shown back in 2019.

It’s the first multi-cylinder bike to carry the Husqvarna brand name since the short-lived Nuda 900 of 2012-13 – the final fling of the firm’s BMW-owned era, which featured a reworked, big-bore, 898cc version of BMW’s F800 parallel twin and the chassis from the same model, wrapped in distinctive Husqvarna bodywork.

That recipe is much like the one used to create the Norden 901, albeit using KTM parts instead of BMW ones. 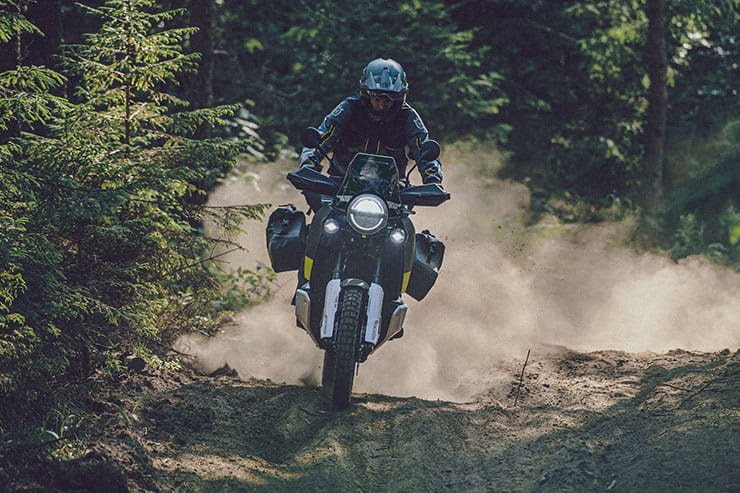 The engine, chassis and suspension are instantly familiar, as they’re borrowed from KTM’s 890 Adventure. That means an 889cc parallel twin making 105hp and 73.8 lb-ft of torque, with peaks at 8000rpm and 6500rpm respectively – identical to the figures KTM quotes for its own version of the motor – mounted in a chrome-molybdenum steel frame, fitted with WP forks and shock.

The KTM similarities aren’t a surprise, as Husqvarna’s range has been largely comprised of rebodied KTMs even since KTM patent firm Pierer Industrie bought the brand in 2013. However, despite the parts-sharing Husqvarna’s machines have managed to achieve quite distinct riding characteristics compared to their Austrian cousins, and the same is likely to be true of the Norden 901. 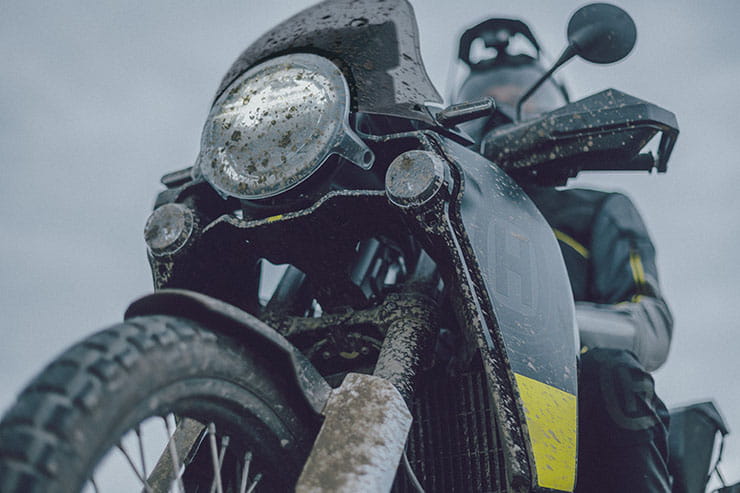 Like the KTM 890 Adventure, the Norden’s fuel tank is a plastic unit that hangs down on each side of the frame, putting the mass of the petrol low while keeping the fuel filler in the conventional spot. It’s a new tank, though, with a 19-litre capacity, one less than the KTM.

It’s a design that removes the tank bulk between the rider’s legs, a common trait in adventure bikes, and allows the seat to be mounted lower and further forward – improving access and giving more freedom for the rider to move around. Fuel range is around 250 miles between fill-ups.

The new tank is just one element of bodywork that’s the clearest departure from the KTM 890 that the Norden is derived from. Just as Husqvarna’s Svartpilen and Vitpilen models manage to distance themselves from the KTM Dukes they’re based on thanks to vastly different styling, the Norden’s appearance alone means it’s likely to appeal to a set of customers who might not even consider the KTM 890 Adventure.

Where the KTM might charitably be described as distinctive, its angular bodywork and high-mounted, hooked nose couldn’t be called pretty. The Norden, in contrast, has more conventional proportions, drawing on the spirit of 1980s-era Paris-Dakar race bikes for a look that’s genuinely appealing. Where the firm’s Svartpilen and Vitpilen have also drawn plenty of compliments for their appearance, their single-cylinder engines and lack of fairings mean they appeal to a relatively limited market. The Norden manages to adapt a similar style to a bike with a screen and fairing, as well as the parallel twin motor, to make for a model that’s likely to appeal to a much wider audience than any other Husqvarna in recent years. 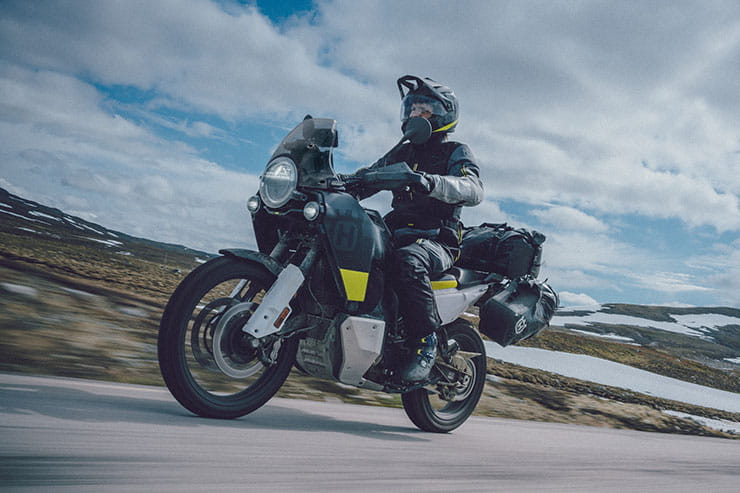 Although it’s tempting to apply the ‘retro’ label to the bike’s circular headlight and conventional proportions, it’s actually a strikingly up-to-date design that’s confident enough to use large, flat surfaces and crisp edges where others turn to pernickety detailing and amorphous curves. A duo of fog lights come as standard, mounted on a crossbar that’s aerodynamically shaped to guide air through the nose, apparently improving high-speed stability.

Further back the seat is height-adjustable with two positions, while the bars also offer adjustment with fore-and-aft movement of 30mm.

On board, there’s a 5-inch TFT dashboard including access to three riding modes – Street, Off-Road and Rain (and optionally a fourth ‘Explorer’ mode) – and ABS settings, as well as offering Bluetooth connectivity for calls, audio, and navigation. Other electronic kit includes cornering ABS, with a dedicated off-road mode, and cornering traction control (with nine levels of adjustment in the optional Explorer mode), plus an up/down quickshifter to allow clutchless shifts. 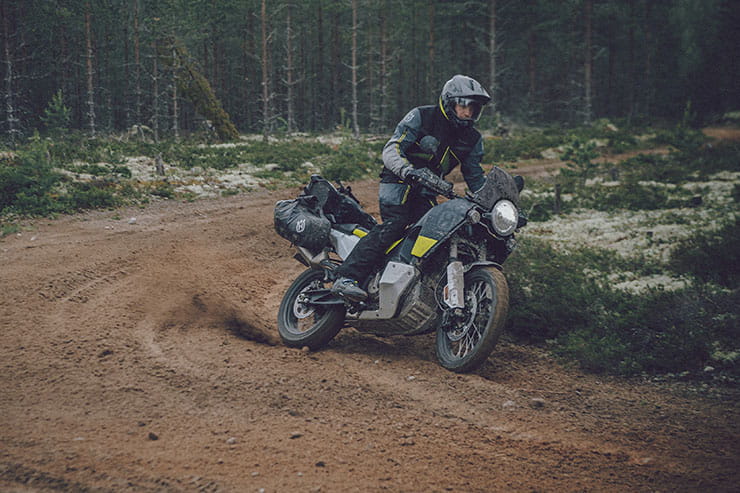 The Norden enters an increasingly competitive market for mid-sized adventure bikes, going head-to-head with machines like BMW’s F850GS Adventure and, perhaps most notably given the similarity in Dakar-inspired styling, the upcoming 937cc Ducati DesertX that’s due to be launched in December. 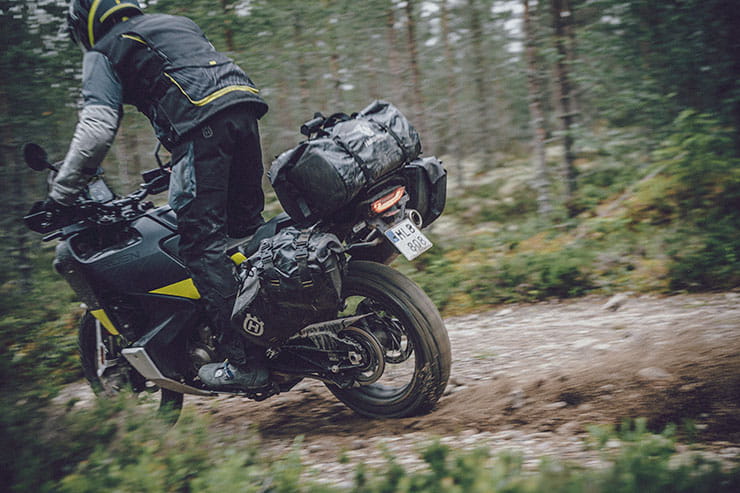