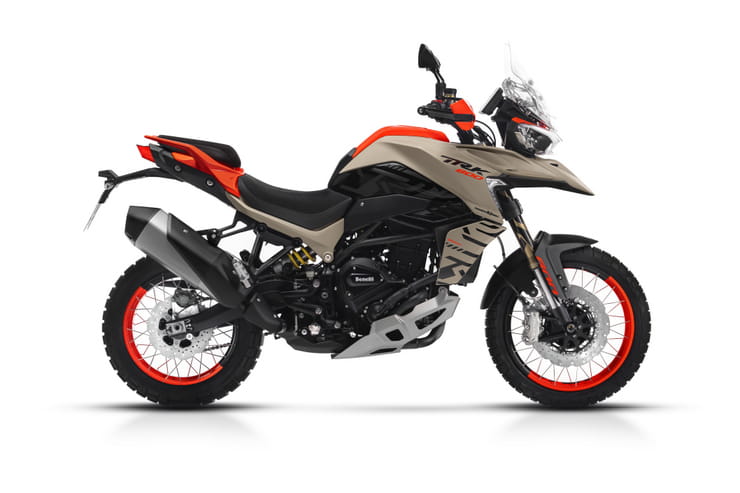 Benelli’s parallel twin TRK 800 has been a long time coming and it’s still going to be nearly a year before it reaches showrooms but the firm has finally unveiled the machine at the EICMA show in Milan.

It’s an important bike for Benelli. The company’s smaller offerings might not make many waves in the UK market at the moment, but the TRK 502 adventure bike (which is also the basis of the newly-launched MV Agusta Lucky Explorer 5.5) has been a best-seller in Italy this year and the firm will be hoping that the TRK 800 surpasses that machine’s achievements. 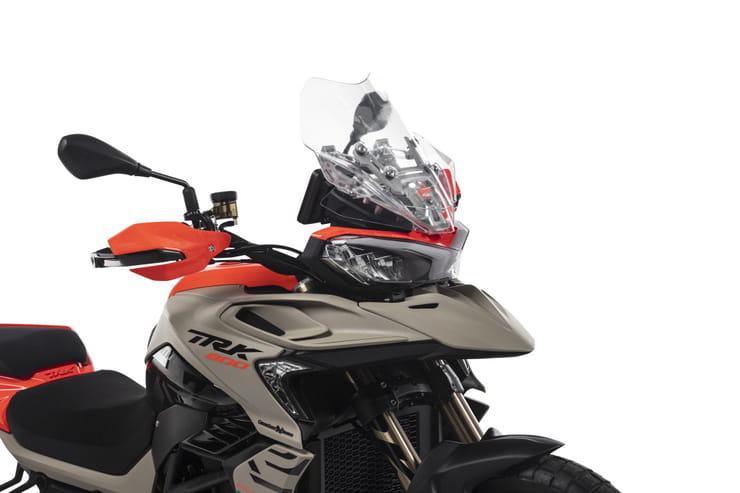 It’s certainly a step forward in terms of appearance. Despite the larger engine, it manages to look sleeker and better balanced than the TRK 502, with a typically beak-like nose that melds into the 21-litre fuel tank, throwing in a couple of well-integrated air intakes along the way.

Given that Benelli is owned by Chinese firm Qianjiang, and the TRK 800 will be manufactured in China alongside the company’s smaller models, it’s no surprise that the bike is closely related to QJMotor’s SRT750 adventure bike. The tubular steel chassis appears to be identical to both the QJMotor and the existing Benelli Leoncino 800, and all three bikes use the same 754cc parallel twin engine – itself effectively two thirds of the 1130cc triple that used to be found on the TNT1130 and TreK1130 models. 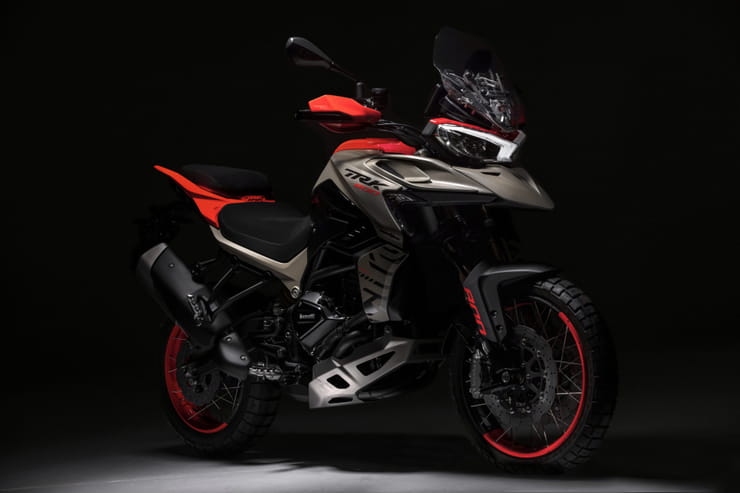 When we scooped the QJMotor version of the bike back in June last year, Benelli was keen to distance its TRK 800 from the all-Chinese offering. As it turns out, the two bikes do share a large number of components, and have very similar styling – elements like the boomerang-shaped indicators are the same and the reverse-raked headlights also appear to be shared between the bikes, along with the chassis, engine and swingarm.

However, Benelli has been developing its machine in its traditional home of Pesaro, Italy, where the styling was also completed, so we can be sure that elements like the suspension, brakes and electronics differ.

The TRK’s forks, for instance, are Marzocchi upside-down units, where QJMotor tends to use KYB components, and Benelli’s bike has adjustment for rebound, compression and preload at the front, rebound and preload and the rear, with around 170mm of travel at either end.

The brakes are Brembos, with 320mm discs and radial, four-piston calipers at the front and a 260mm disc at the back with a single-pot caliper. The wheels – 19in at the front, 17in rear – get proper off-road tyres. 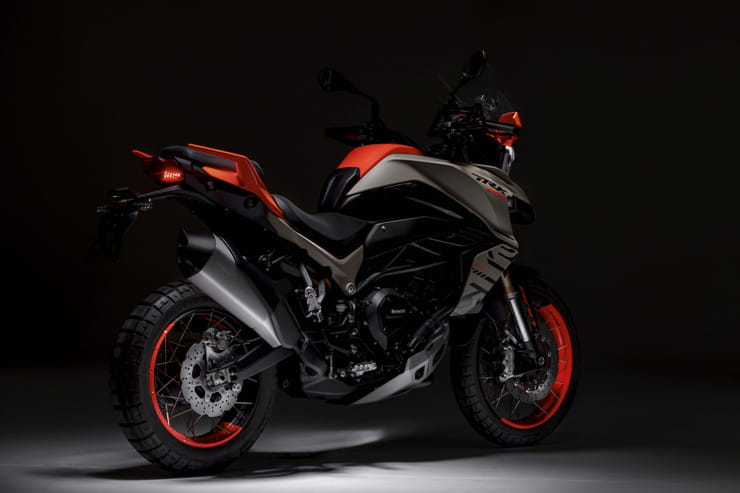 Electronics include a 7in colour TFT dash, although the firm has yet to elaborate on how far it’s going in terms of smartphone integration and elements like traction control.

The other thing that remains in question is the price. Benelli’s TRK 502 has a commanding lead in Italy’s motorcycle sales charts this year, romping ahead of even the usually dominant BMW R1250 GS, largely thanks to a temptingly low price. If Benelli can achieve a similarly attractive combination of cost and equipment for the TRK 800, it could be a bike that breaks down some of the barriers that currently prevents the TRK 502 from repeating its Italian market success elsewhere.

We’ll have to wait a while to find out, as Benelli says the bike won’t be on sale until the second half of 2022, with prices to be determined nearer that on-sale date. 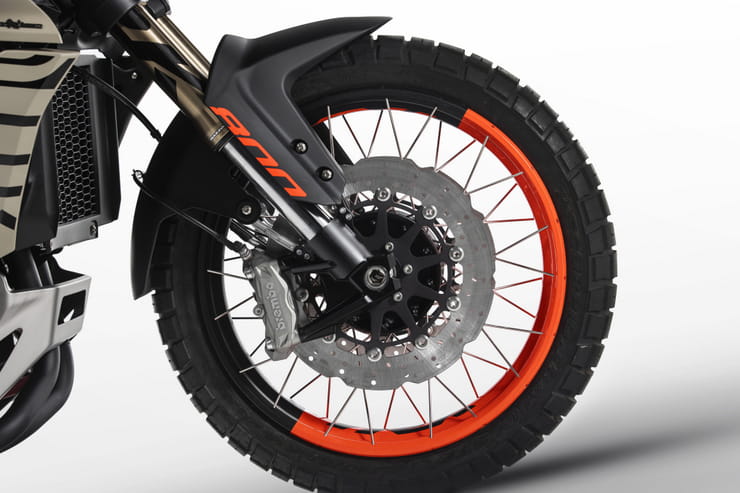