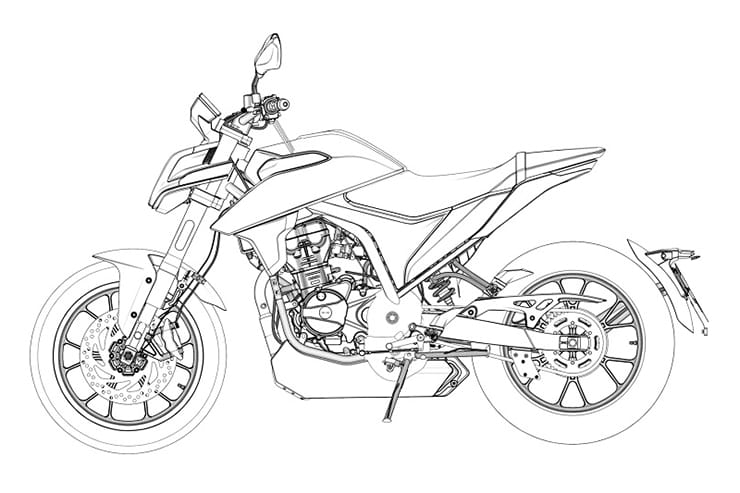 Back in 2018 the mortal remains of the Malaguti brand was bought by the Austrian KSR Group – leading to the unveiling of the Drakon 125 concept bike a year later. Now that machine is nearing production and these patents show how the final version will differ from the show bike.

Malaguti itself, which was founded back in 1930, collapsed in 2011, disappearing for nearly a decade before KSR - owner of the Brixton brand among others – decided to bring it back.

So far, KSR has put together a range of Malaguti models, largely using rebranded versions of other firms’ bikes. The company’s RST125 sports bike, for instance, will be familiar to anyone who’s seen a Derbi GPR125, sibling to Aprilia’s RS125. The firm’s Madison 300 scooter is a rebadged version of the Gilera Nexus 300, and its Monte Pro 125 Street is a revival of the old Derbi Mulhacen 125. The Aprilia RX125 and SX125 (also sold under the Derbi Senda name) become the Malaguti XTM125 and XSM125.

When the Drakon concept was shown in 2019, it borrowed the same Aprilia-based 125cc, DOHC single that’s used in the RST125, Monte Pro 125 and XTM125, bolted to a revised version of the Monte Pro’s tubular steel frame and clad in newly designed bodywork. 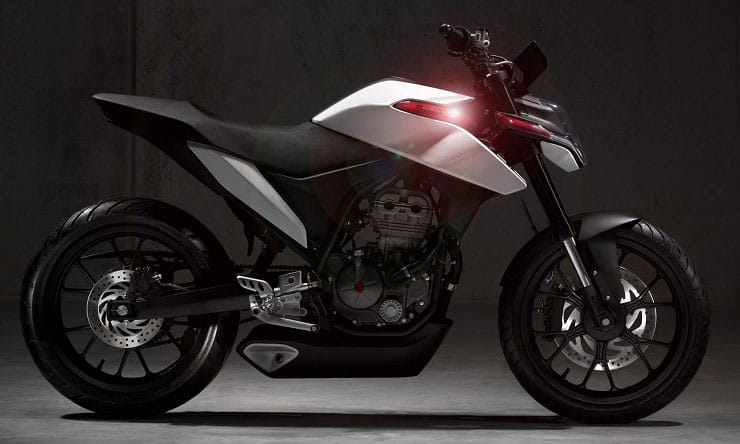 The production version, outlined in these patent drawings but also spotted testing recently, carries over the look of the 2019 concept but is quite different in its frame and engine.

Still a 125cc, water-cooled single, the engine is no longer the Aprilia-derived unit that was originally used. The water pump is in a different position, the engine is tilted further forward and the castings for the cases, cylinder and head are all unlike the existing engine.

That means a new frame, too, and while it’s still a cradle-style chassis, the tubes are reshaped, particularly under the front of the engine, to suit the new power unit.

At the back, the production version gains pillion pegs, missing from the concept bike, and a new swingarm as well as the legally required number plate bracket and lights, which follow the trend of being swingarm-mounted to keep the tail stubby and clean-looking. 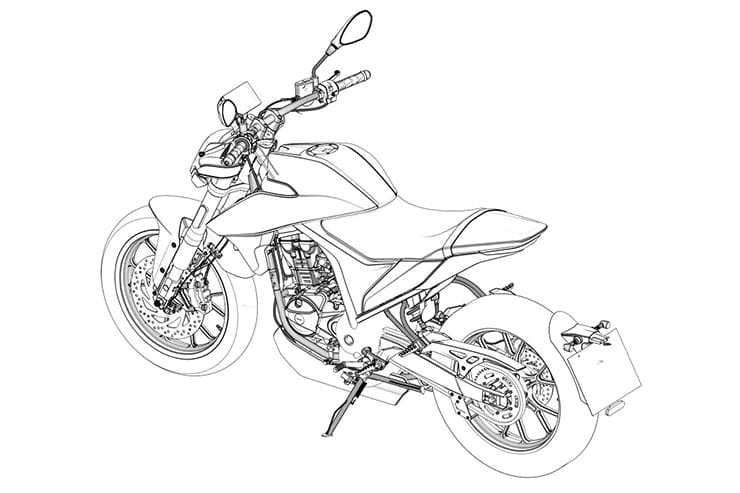 The chassis and engine might be changed, but the styling has escaped unscathed. The Drakon’s nose is its most instantly recognisable element, with a stacked-style headlight that both curves over the top of the front, melding into the instrument support, and features extensions on either side that merge into the front indicators. Those indicators themselves lead into a contrasting panel on either side of the fuel tank, and the whole light unit is edged by an LED running light strip.

The clean look of the styling is assisted by an under-belly exhaust system that’s wrapped in bodywork to keep it looking neat, with a single exit on the right-hand side, sunk into a triangular inset section of the pipe. 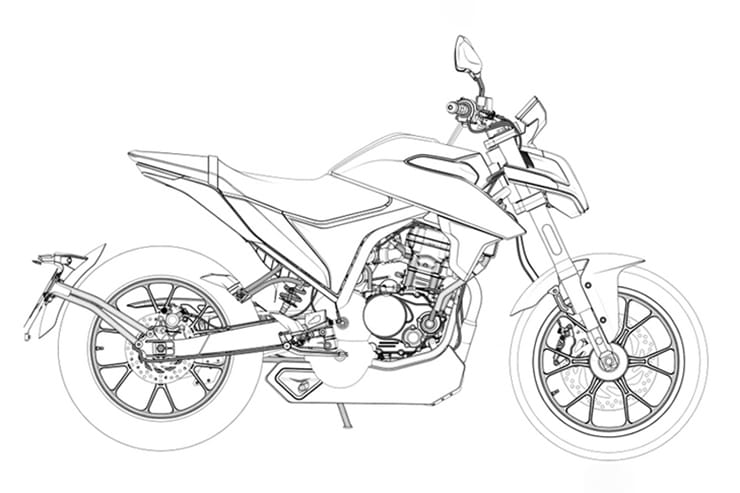