Not such a Victory. The US brand is not the only bike company to go out of business this century... 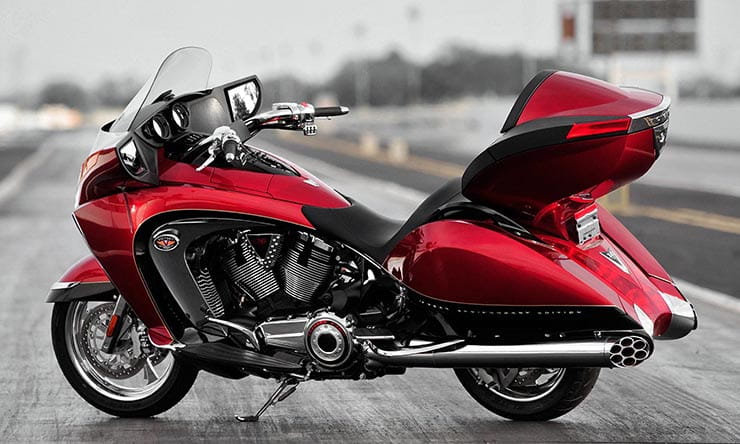 Polaris, the American recreational vehicle giant with $4.7 Billion in sales announced on Monday that it was closing its Victory brand. The company, which established its reputation on automotive primary by producing snowmobiles and ATV, launched the Victory brand in 1998 through a small team of passionate engineers, designers and technicians out of Medina, Minnesota.

One of the team responsible for birth of the “The New American Motorcycle” was Scott Wine, now Polaris Industries’ Chairman and CEO, who broke the bad news on Monday. He said: “This was an incredibly difficult decision for me, my team and the Polaris Board of Directors. Over the past 18 years, we have invested not only resources, but our hearts and souls, into forging the Victory Motorcycles brand, and we are exceptionally proud of what our team has accomplished.

Since inception, our teams have designed and produced nearly 60 Victory models that have been honoured with 25 of the industry’s top awards.”

In term of results, Victory broke through the 50,000 production barrier in 2009, with its volume peaking in 2012, around the same time that Polaris brought the Indian motorcycle brand. Recent years have seen a steady decline, to the extent that Victory has represented only 3% of total Polaris sales, with Victory dealers, on average, selling only 20 units per year. The company has lost money in three of past five years and, with Polaris listed on the New York Stock Exchange, it’s hardly surprising to see the parent company switch off its unprofitable asset.

Why Victory sales were underperforming?

This is a good question. Although sales have been on a downward spiral since the acquisition on Indian, this in itself is not a rational reason why Victory did not achieve the success it deserved in the cruiser market.

Starting in the late summer of 1998, Victory produced the V92C at its Spirit Lake factory, and launched some attractive models, several in cooperation with the legendary customizer Arlen Ness.

During these years the Minnesota based manufacturer has expand its line up in every direction: from the custom Vegas to muscular power cruiser Hammer, which featured a 250mm rear tyre and the new Freedom 100/6 engine, through to the Visio, a luxury tourer designed by Lead Industrial Designer, Michael Song.

Baby Boomer and X Generation fits better with a historic brand like Indian.

If you look at the Polaris investor kit presentation, you’ll find out all about the profile of their average customer.  The average age of Indian and Victory customers are 52, with an annual income of between $100-125 thousand dollars.

Right now, the Generation X and baby boomer age groups make up 70% of the American national disposal income. Both groups are finding an appeal in nostalgia and strong loyalty for iconic brands such as Harley-Davidson, Porsche, Omega, Levi’s and so on, so a modern brand like Victory doesn’t really fit with those looking for symbol of a golden era.

This is the reason why Indian will be the future of Polaris’ motorcycles branch. Indian is the original American motorcycle manufacturer, with a legendary past of large examples of products and races results, making it perfect platform for marketing men to create killer stories that will give them a competitive weapon against Harley-Davidson.

Victory isn’t the only bike brand to close its doors in recent years though, here are five others that have gone out of business since the start of the century… 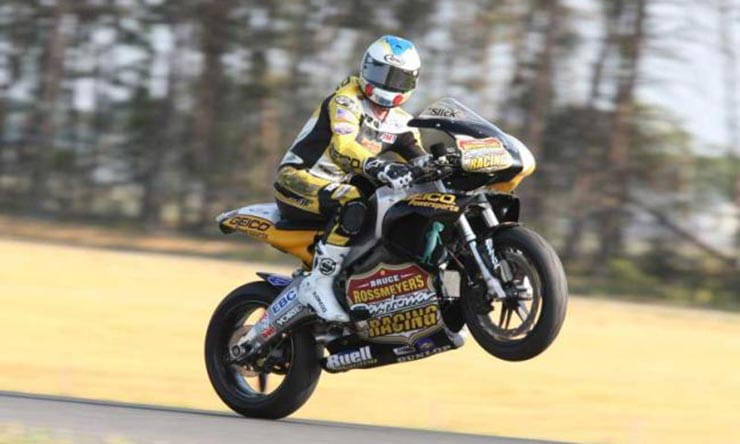 The story of Buell’s closure is totally different because it happened as effect of 2008 global financial crisis.

The credit crunch hit Harley-Davidson, the owner of Buell brand, intensely and its stock price plunged nearly 70% in a year. The reaction from Milwaukee was to immediately cut $125 million in costs. H-D also sold MV Agusta, which they had bought just 16 months earlier, shed more than 1000 jobs and closed the unfortunate Buell operation.

Buell, based in East Troy, Wisconsin, was a small but vibrant company of only 180 workers that were strongly focused on creating the first American sports bike. Its business wasn’t so bad if we consider that in 2008 Buell had generated $123 million in sales and shipped more than 13000 motorcycles.

Over the years, founder Erik Buell has been rider, engineer and entrepreneur, and he’s a strong influencer in American powersport culture. He built some innovative motorcycles that nowadays are considered to be classics, such as the VR1000, S1 Lightning and XB series.

His last gratification came when the 1125R won the 2009 AMA SportBike championship. It was better late then never and led to Buell going back into business with his new EBR project, but that is another tale for another day…

Husaberg is a Sweden peninsula, where first prototypes turned their wheels among the cows and farms.

At the time, Cagiva Group was a massive group with an amazing portfolio of brands: Cagiva, Husqvarna, Moto Morini, Ducati and Mini Moke, the recreational car assembled in Portugal after spinning off from Leyland. When Husqvarna went to Cagiva, some of the company’s former technicians, led by Thomas Gustavsson launched the new Husaberg brand. The goal was to develop a high-end four-stroke off road bike, equipped with state-of-the-art technology.

The result was the lightest off road bike in its category at 107 kg. Some time later, production moved to KTM’s facilities in Mattighofen, Austrian, and remained there until 2013. Also at this time, KTM bought Husqvarna from Castiglioni family. Two premium Swedish brands under the same roof was one too many though, and KTM decided to kill off the less well known Husaberg marque. 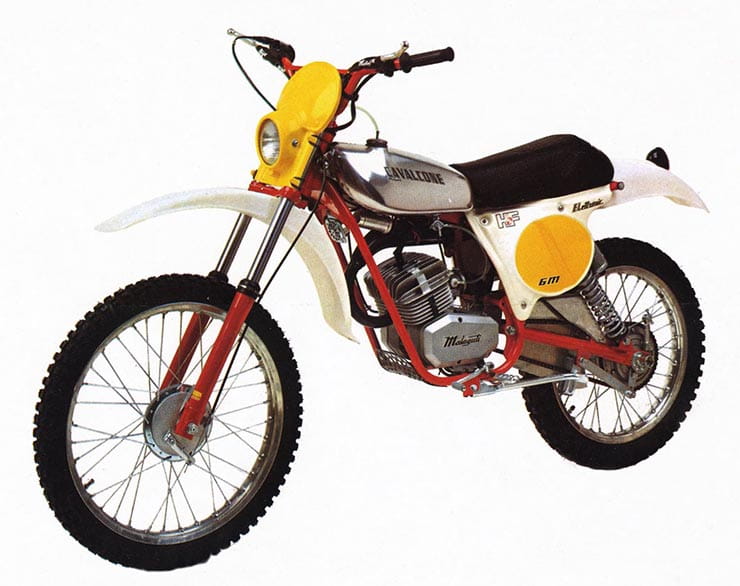 In the Seventies and Eighties, Malaguti was bigger than Ducati. Their mopeds and 50cc motorbikes were among finest of the market and first choice for young Italian riders aged between 14 and 16.

The Malaguti family started out as a bicycle manufacturer in 1930, as was common after the First World War. The company was successful thanks its production of affordable bicycles powered by small engines, produced in the automotive region where the likes of Maserati, Ferrari and Lamborghini were also flourishing.

The Fifty and Phantom were some of more successful products made by Malaguti during its 80 year of history. They sold more than 2.5 million mopeds worldwide.

The end came in October 2011, despite a capital investment of 40 million Euros. The Malaguti family decided to close the company, giving 30,000 Euros to every worker who was laid off.

Voxan started as innovative project that involved Alain Chevallier, the most celebrated French builder of Grand Prix bikes, designer Stéphane Valdant and company boss Jacques Gardette. The mission was to build a new premium motorcycle that was 100% French. The outcome was quite good. The engine, a 72° liquid cooled V-twin engineered by SODEMO, weighed just 65 kg and produced of 100bhp, with a strong bottom-to-mid range. In order to centralize the weight, the rear suspension was located under the engine block, while the frame was cast to function as the air box.

The Voxan line up was really attractive, especially Café Racer and Scrambler (pictured) models that were ahead of future trends. Unfortunately for the Issogne based manufacturer hit financial trouble, which reduced their potential to the extent that the company fell into bankruptry and sold to the car manufacturer Venturi in 2011.

Venturi’s owner is Gildo Pastor, descendent of wealthy Monegasque family involved in the real estate business. As well as being an entrepreneur Pastor is a race driver who joined forces with actor Leonardo Di Caprio to create a team in Formula E.

Hi vision for Voxan was to create a futuristic electric powered cruiser. He launched the new Voxan Wattman at the 2013 Paris show, but the following year he was attacked and his mother murdered as she left the hospital in which he was being treated.

Since then the Voxan story has been silent, although factory has been repurposed for the revived Brough Superior company. 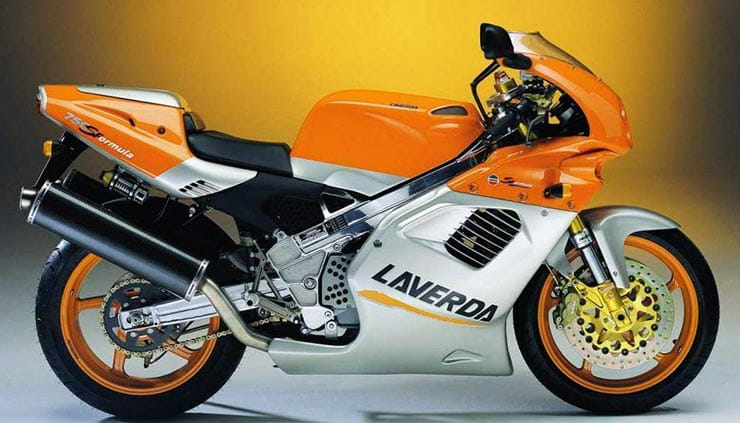 There are certain brands born from the aeronautical industry, like MV Agusta or Piaggio, some other are evolution of bicycle manufacturer as Indian and Aprilia.

Laverda is the only former brand that originated from agriculture machineries though, a business that still exists and bears their name today.

Founded by the Laverda family in Breganze, a picturesque area famous for its vineyards, the company had been one of most successful motorcycle manufacturers of the Seventies.

Although the Italian’s parallel twin engine was a copy of the Honda 77 Hawk, the

Like an agriculture machine, Laverda had a reputation for reliability and stability, but also vibrations and its stiff clutch. Its durable engine enjoyed big successes in endurance races with the hypersport SFC, a superlight version that was ready to race and produced in only 549 units. The company was also strong in the 125 segment with the LZ family, which powered by a Zundapp engine, while Laverda achieved another goal with three-cylinder 1000-1200 range that was developed constantly until the RGS (Real Gran Sport), the last authentic Laverda made in Breganze.

The company shut its doors in 1985 following some risky investments in the V6 and 350cc three-cylinder two-stroke project. Ten years later Francesco Tognon, an entrepreneur in the fashion business, bought the brand and set-up production facilities located in Zanè, in the province of Vicenza.

He began the production of a model range powered by a new liquid cooled 650cc parallel twin and housed in a frame engineered by renowned Dutchman Nico Bakker (pictured above). Despite the constant evolution of the engine, growing from 668 to 750cc, the bikes had a poor reputation for reliability and production ended on 2000, when the brand was sold to Aprilia owner Ivano Beggio.

Financial problems reduced the ambitions of Beggio, who displayed a one off V2 SFC and a rebranded Linx scooter in 2002. He sold his activities to the Piaggio Group but no further motorcycles bearing the Laverda name were made by the new owners.