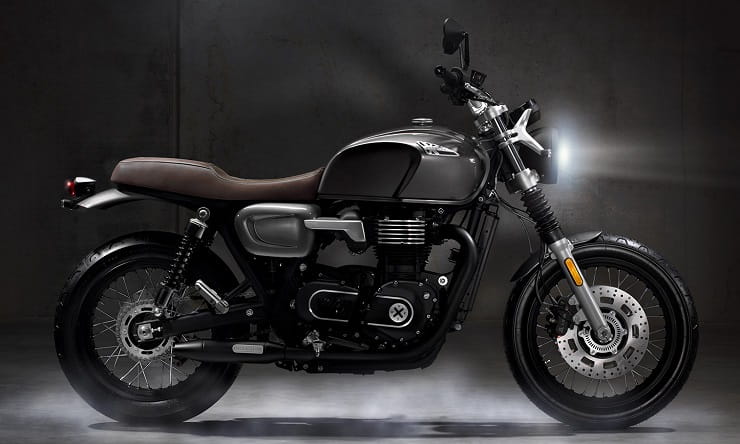 Largely slipping under the radar at last year’s EICMA bike show was this large-capacity parallel twin concept bike from Sino-European brand Brixton. Under development as a clear rival to Triumph’s Bonneville it’s now been confirmed for future production even though details including its name and engine size remain secret.

Although the Brixton name gives ties to London’s epicentre of moustache wax and flat whites, the brand is actually part of Austria’s KSR Group, which imports bikes from an array of Chinese manufacturers including CFMoto and also recently relaunched the Malaguti brand. As such, the new Bonneville rival is expected to be built in China, but it has been created at KSR’s newly-opened design centre in Krups, Austria.

Chinese reports suggest that the new bike’s parallel twin engine is around 1200cc, putting it directly in competition with the Triumphs T120 Bonneville, and there’s clearly a traditional British-influenced look to the machine.

Brixton’s official line on the bike is that it “shows the way of Brixton Motorcycles into even higher capacity classes and proves the development competence of our brand.”

At EICMA, the firm also launched its biggest production machines yet, the Crossfire 500 and Crossfire 500 X, both using 486cc parallel twins making an A2-licence-friendly 47hp – double the size of anything offered under the Brixton brand name before. Those models came one year after being shown in concept form, suggesting that the new Bonnie-rivalling machine could be ready for production as early as 2021.

Brixton itself isn’t committing to a date yet, only saying “It is a declared goal that this bike will also make it into series production.

“It has not yet been decided when it will be. We want to create a technically mature vehicle without time pressure, which meets more than just the high quality requirements in these cubic capacity classes.” 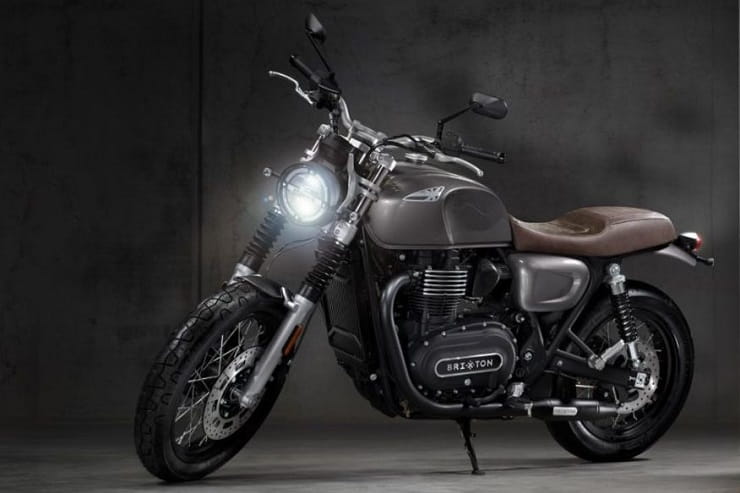