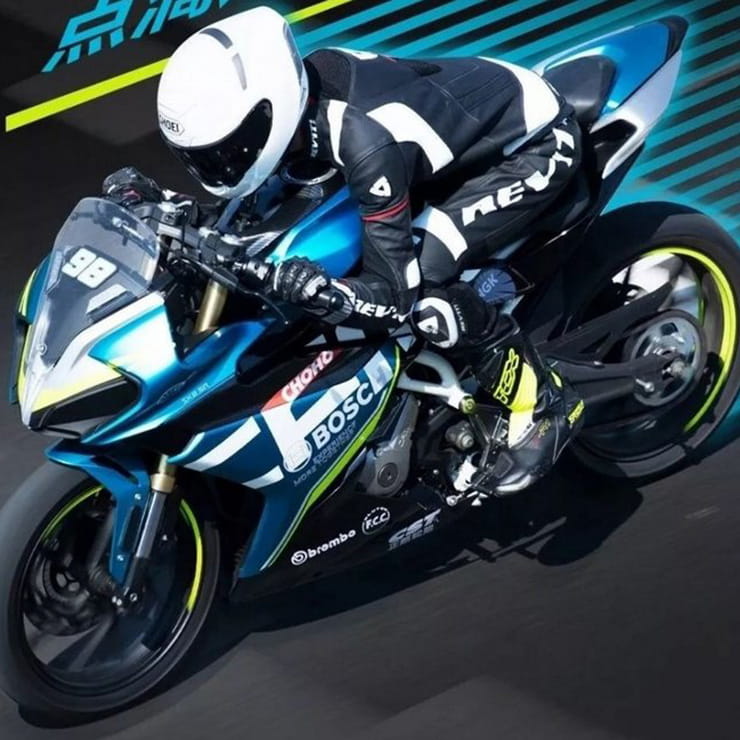 CFMoto has long been bucking preconceptions about Chinese motorcycles. Whether by offering relatively large-capacity models like its 650cc parallel twins, by using European styling thanks to a tie-in with KTM designers Kiska, or by enjoying racing success with its TT Lightweight efforts, the firm is doing more than most to make Chinese machines accepted worldwide.

Now the firm has unveiled this prototype 250cc sports bike, the 250SR, in track-ready trim, and it’s expected to spawn a road-going production model in the near future.

Details of the 250SR are scant at best. The only official text from the firm states:

“Today we reveal a new addition to the CFMOTO family, the all-new 250SR! Power, speed, precision, the 250SR signals a new step forward in the evolution of our motorcycle design and strategic product planning. More coming soon...”

It’s clear the 250SR shares its basic chassis design and engine with the existing 250NK naked roadster. That model has a 19.5hp water cooled single in a steel trellis frame, with a light 152kg curb weight, ABS brakes and Bosch fuel injection. The 250SR prototype appears to use the same frame, but gains an aluminium swingarm and a race-spec Akrapovic exhaust that’s sure to boost power a fraction. It also has a Brembo radial front brake caliper and large Bosch logos on the fairing, suggesting it could have the German firm’s cornering ABS system.

On board, there’s a colour LCD dash that reveals a full complement of tech including multiple riding modes, a trip computer and displays including fuel level, gear position, battery voltage, air temperature and a clock along with the usual revs, speed and engine temperature.

While the 250cc single isn’t ever likely to make big waves, sales-wise, in the UK market, CFMoto’s interest in bike sport – not least its involvement in the TT – surely suggests that a similar-looking bike built around the 650NK’s twin-cylinder platform must be in the firm’s thoughts.

The road going version, believed to be designated the 250RS, is expected to be available in the UK mid to late 2020. 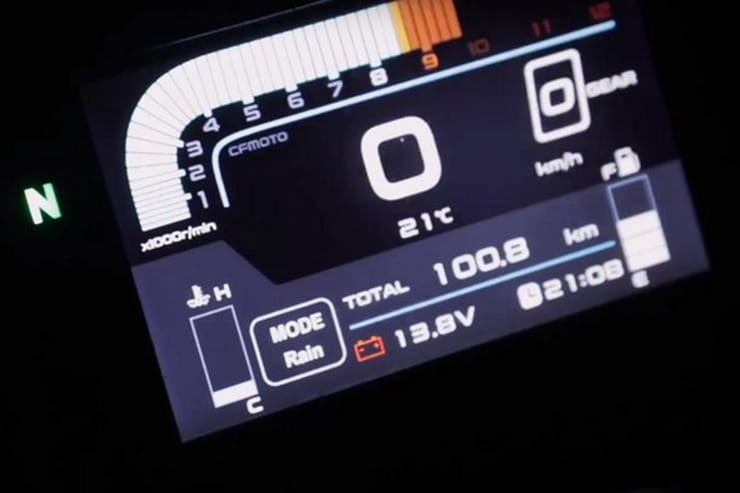