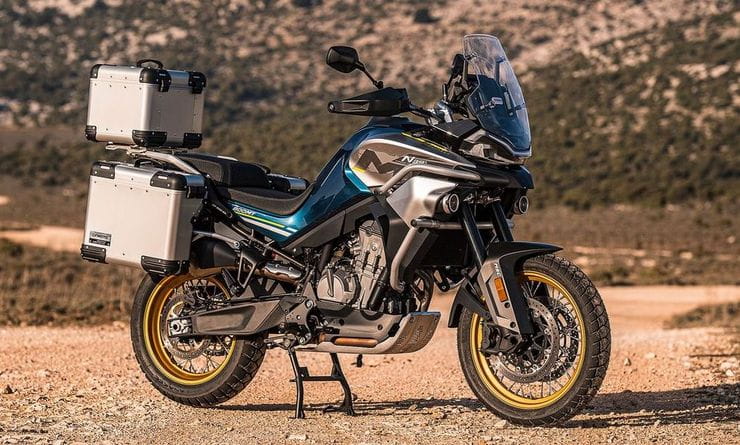 CFMoto is fast chiselling out a niche as the most high-end of all Chinese motorcycle firms and the company’s ever-closer ties with KTM are vital to that. Now three new machines from the firm have emerged including the final production version of the much-anticipated MT800 adventure bike.

The image above shows the MT800 (as it’s called in documents, although the badges read 800MT) in final form, confirming the leaked images we published in December. At the moment there’s still no official word about the bike’s European availability, but it’s likely to be offered here eventually as it doesn’t tread directly on KTM’s toes despite using a 95hp version of the Austrian firm’s 799cc LC8c parallel twin engine.

As we revealed in December, the bike is expected to be offered with either wire or alloy wheels, and with or without luggage. As well as the KTM engine it uses a version of the 790 Adventure’s frame allied to CFMoto’s own swingarm design. 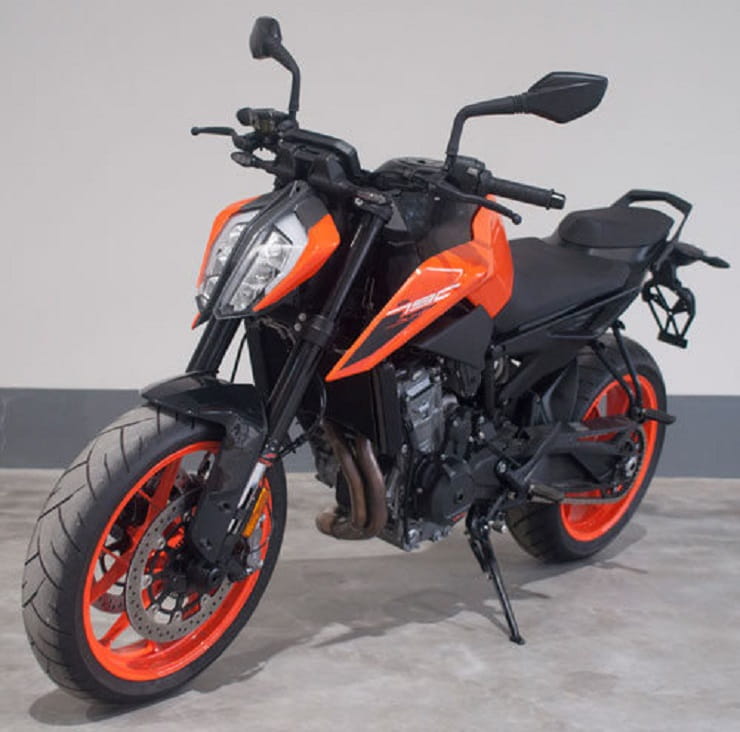 CFMoto’s KTM ties go much deeper than a mere engine deal, as the Chinese firm manufactures multiple bikes on behalf of KTM already. For 2021, it’s taking on the job of building the 790 Duke, seen above in CFMoto-made form courtesy of Chinese government type-approval documents.

The same documents confirm that the machine makes 77kW (103hp), identical to the KTM version, and weighs the same at 187kg ready to ride. 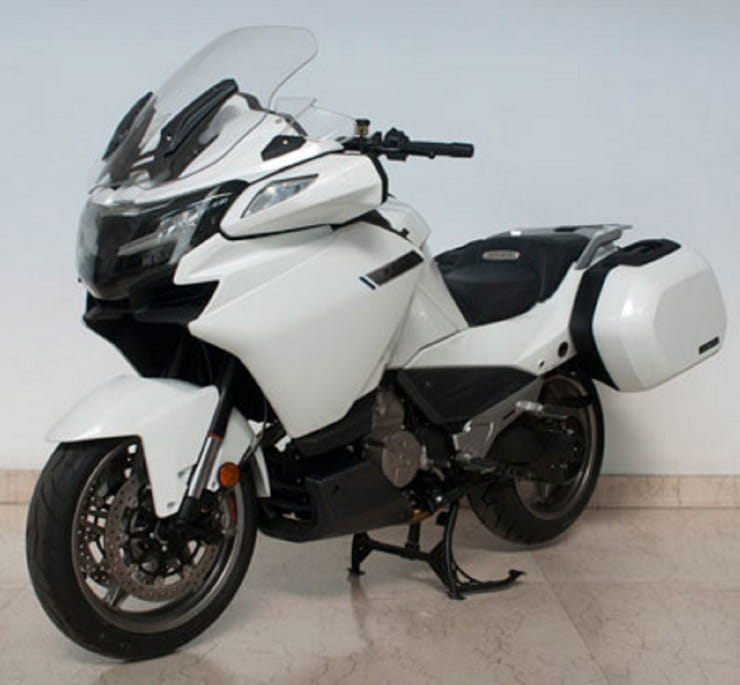 Another new type-approval for 2021, appearing via government documents, is this revised version of the CFMoto 1250TR tourer.

The most ambitious CFMoto machine ever made, the first civilian version of the 1250TR was shown in China last September, a few months after a police-spec model was shown. It features a 1279cc engine that’s derived from KTM’s LC8 V-twin but different to any version offered by the Austrian company. With just over 140hp on tap it’s the most powerful Chinese production bike yet.

The new version, internally called the CF1280-2, loses the top box of the original to get a slightly more stripped-down appearance, and its specs are revised slightly from those we originally saw. Weight is listed at 304kg, which is 7kg more than the original police-spec version of the bike that we saw back in May 2020, while top speed is officially down to 136mph, rather than the 149mph quoted for the cop version. 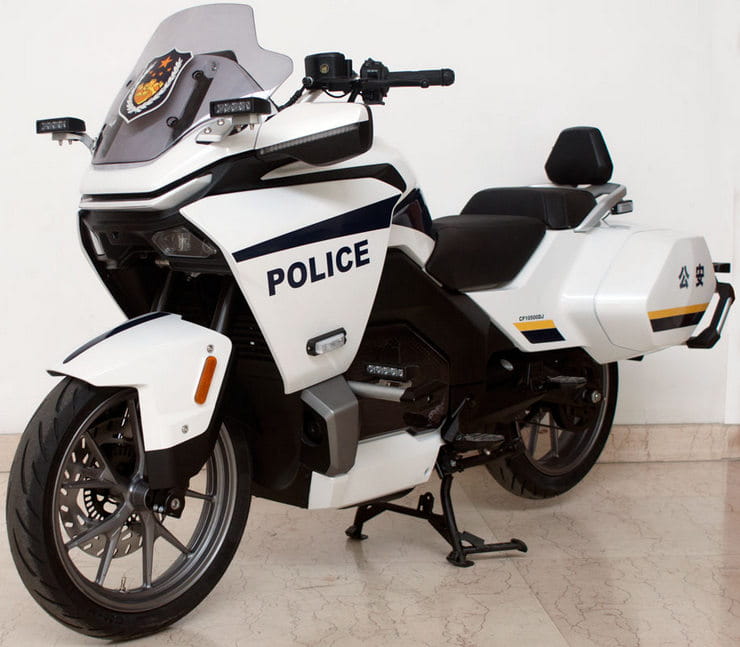 The latest back of Chinese type-approval documents also show that CFMoto’s new electric bike – the 300GT-E – has been given the nod for use in police form.

It’s very common for Chinese bikes to appear as police machines before they go on the market to the public, so we’d expect a civvy version to follow soon. CFMoto officially showed the 300GT-E last November, but the new documents confirm some key facts and figures.

They show that the curb weight is 225kg, but surprisingly the power is rated at only 10.5kW (14hp) where the original claim for the 300GT-E was 18kW (24hp). That’s almost certainly due to vagaries in the methods for measuring electric bike power, since type approval ratings for electric bikes are usually ‘continuous’ power figures (the maximum that can be put out continuously without overheating), where absolute peak power can be rather higher. Regardless of the power, the bike’s type-approved 75mph top speed matches CFMoto’s initial claims.