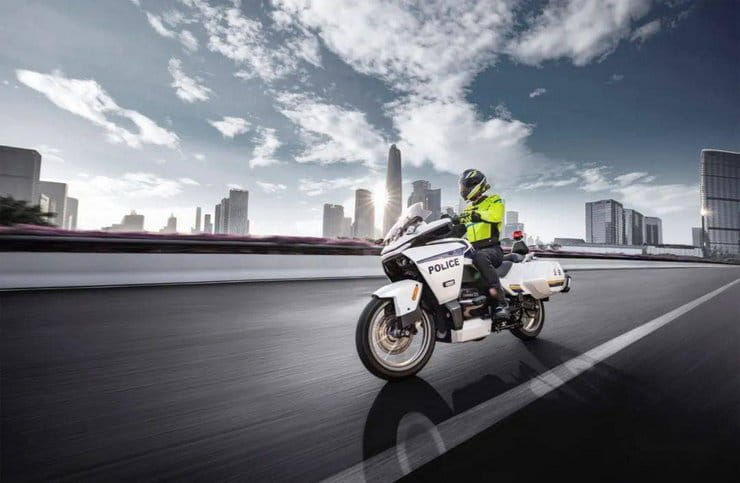 CFMoto has been on a roll recently with an array of new bikes that would be impressive even from a more established Japanese or European brand. Now the Chinese company is taking a leap into electric bikes with the new 300GT-E.

If we just look at the last 12 months, CFMoto has launched the impressive 700CL-X in Europe and the BMW-rivalling 1250TR-G tourer in China, and it will imminently unveil the MT800 adventure bike. Now with the 300GT-E the company is diving into the electric bike market. 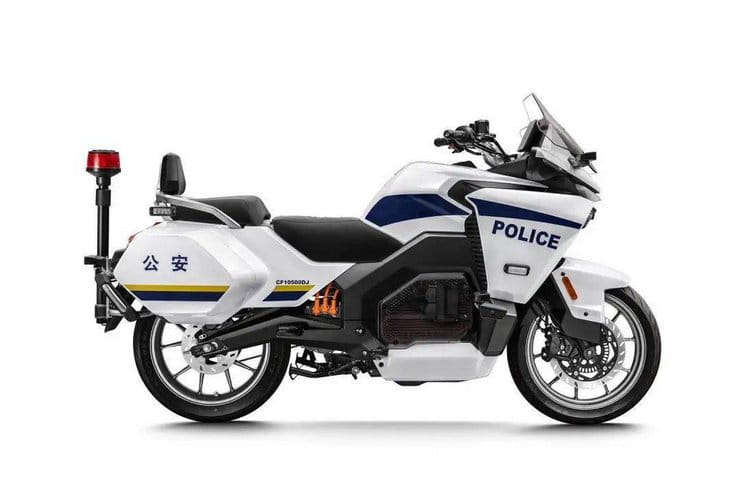 As we often see with Chinese bikes, the first version of the 300GT-E is a police bike. That’s because the Chinese government has put out a tender for companies to supply a zero-emissions bike for its police and security services to use in cities. These government contracts are so huge that they can effectively fund the entire development of a new model, amortizing the R&D costs before a civilian model even reaches the market. CFMoto is already the biggest supplier of bikes to Chinese police; its 650TR is the current standard machine for the force, and the new 1250TR-G is favourite to be selected as a new , high-performance cop machine.

That means the 300GT-E is in a strong position, although rival firms like Zongshen are also vying for the police electric bike contract. 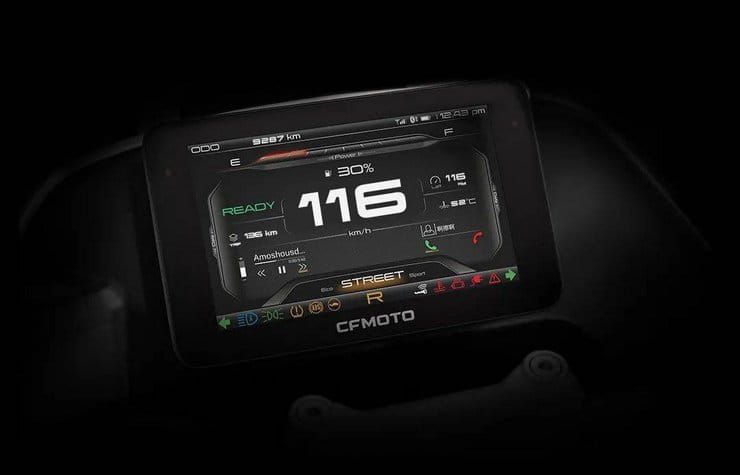 In terms of specs, the 300GT-E has an 18kW electric motor (that’s 24bhp), although electric bikes are usually rated differently to petrol machines, with a ‘continuous’ power stated instead of the peak, which can often be twice as high. According to the firm, the bike is good for 75mph flat-out, and can manage 93 miles between charges. As it’s intended to be a city-based machine, those numbers sound more than adequate.

The electronics include three riding modes – Eco, Street and Sport – and there’s Bosch ABS. Interestingly, the official image of the bike’s instrument panel shows that all the text on the TFT screen is in English, suggesting the bike has international markets in mind. Other kit includes tyre pressure monitors, keyless start, and media and phone control from the instruments.

The police model seen here is due to be unveiled at 10th China International Police Equipment Expo, but we wouldn’t be surprised to see a civilian version in the very near future as well. 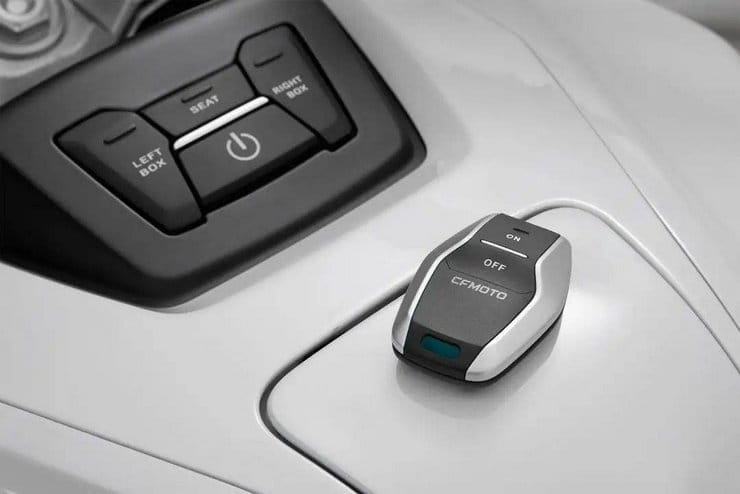