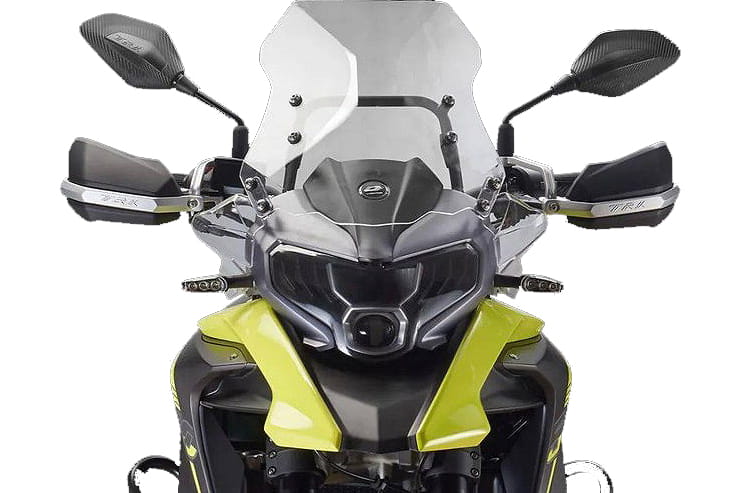 Throughout 2020 we’ve seen a steady drip-feed of leaks and photos of upcoming bikes from new Chinese firm QJMotor – a sub-brand of Benelli owner Qianjiang – and there are growing indications that the same machines will get Benelli branding for the European market in future.

Now new pictures reveal several of those models in detail, with a full reveal imminently expected in China, and the common theme is that they all look like logical updates for Benelli to adopt. 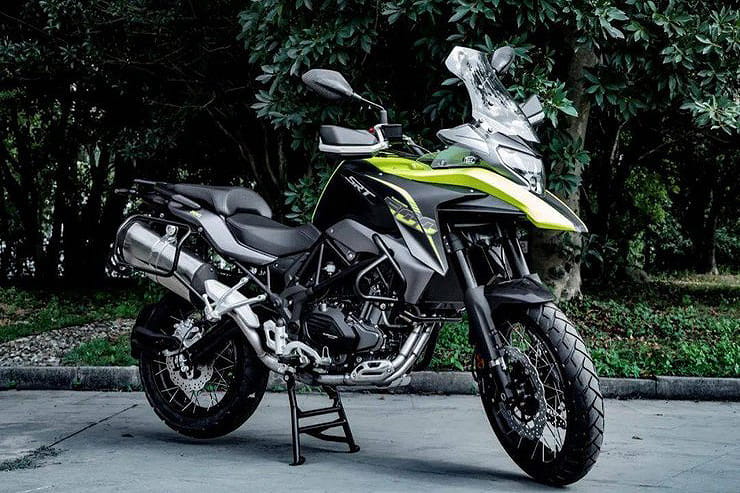 Let’s start with this, the QJMotor SRT 500. Mechanically, it’s pure Benelli TRK 502 adventure bike, but where the Italian model – currently a best-seller in its homeland – has ungainly proportions and derivative, GS-inspired styling, the STR 500 is relatively sleek and well-proportioned.

Will the bike be rebranded as a facelifted TRK 502? That’s yet to be confirmed, but it would make a lot of sense, and the fact that the bike wears the letters ‘TRK’ on its hand guards and the front of the mirrors seems to suggest it’s just a few stickers away from being called a Benelli in Europe. 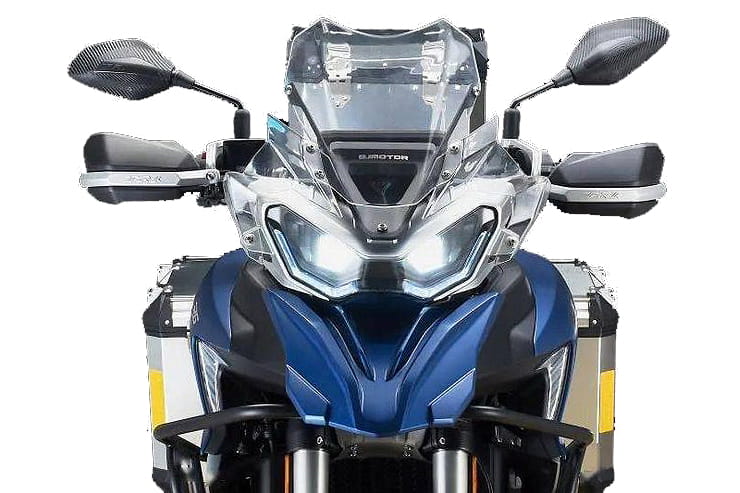 Moving up the range, we’ve already seen a lot of leaks of the QJMotor SRB 750, a sibling to Benelli’s yet-to-be-launched TRK 800 – a model that’s due to be unveiled later this year.

While Benelli officially claims that the TRK 800 is a different bike, developed in Italy, spy pictures show a close relationship between the two models in terms of styling, and that they share the same engine and chassis, which is already used on the retro-style Benelli Leoncino 800.

The new picture of the SRB 750, above, adds to the Benelli links. Like the smaller SRT 500, it wears Benelli’s ‘TRK’ branding on the mirrors and handguards, which is at odds with the ‘QJMotor’ brand on the centre of the nose. 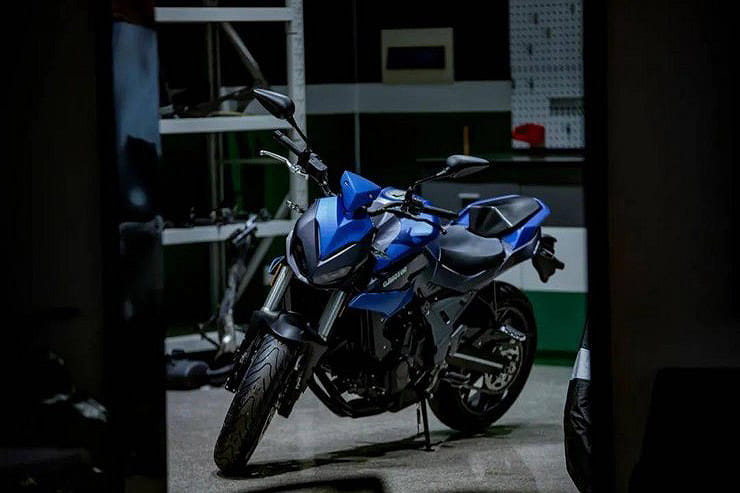 While most of the QJMotor models have been leaked before, this is a new one. We don’t know its model name yet but Chinese media says it has a 700cc engine that doesn’t match any of the existing Benelli motors.

It appears to be a parallel twin, but the engine design doesn’t seem to be related to either the Benelli 752’s larger unit or the smaller 502 motor. In fact, it shares distinct similarities in both its visual appearance and claimed capacity to fellow Chinese firm CFMoto’s twin, as used in the new 700CL-X. 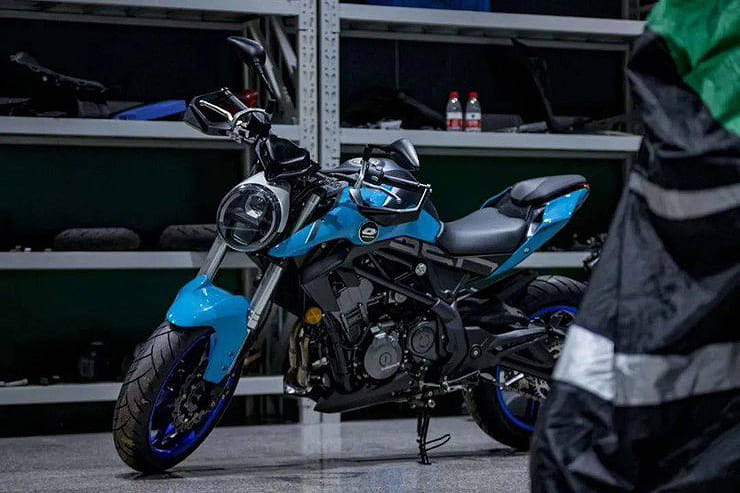 There’s another familiar Benelli engine and chassis to be seen on this new naked model, above, which seems to use the same major components as the Benelli 302S. We’re already expecting the Benelli model to grow to 354cc for 2021, and this QJMotor reflects that, with ‘350’ branding on the side.

Again, the styling is much better-resolved than the current Benelli 302S, which sits in the same market segment, so with luck the bodywork will be given Benelli badges for next year’s European range. 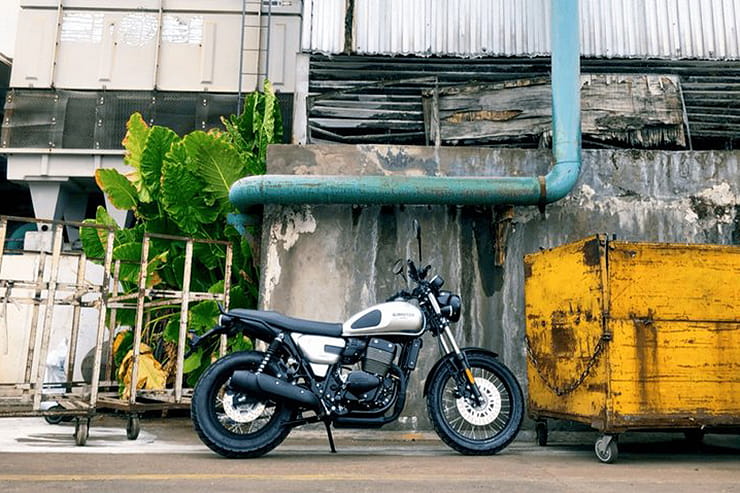 While the ‘QJMotor’ branding on the tank reflects this model’s Chinese roots, the ‘Turismo Sport 250’ name on the side panels could sit neatly on a Benelli.

This bike’s 250cc parallel twin engine doesn’t come from any existing Benelli model, but it is an existing Qianjiang unit that’s already used on cruiser-style models sold in China. Now fitted in a scrambler-style retro naked bike and expected to meet the latest emissions rules it could make for an intriguing addition to the range if Qianjiang opts to sell a Benelli-branded version over here.

New images have also emerged in China showing the upcoming QJMotor SRV 500 – a spin on Benelli’s 502C model – and the firm’s new fully-faired 600cc sports bike, suggesting that all the firm’s 2021 models are on the verge of an official unveiling.