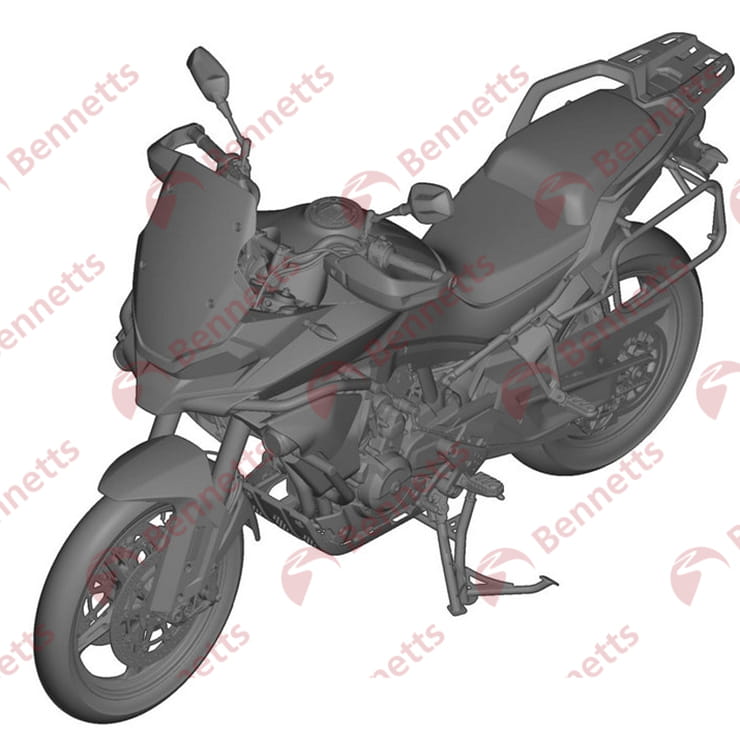 We’ve seen spy shots already but these new images are the first to show the new 2021 CFMoto MT800 adventure bike with no disguise.

While they’re not photos, the pictures come from CFMoto’s own patent documents, used to establish their intellectual property rights over the styling and prevent rivals from making copycat machines. As such, they’re accurate down to the last detail and clearly show what the first CFMoto production bike to use KTM’s LC8c parallel twin engine will look like. 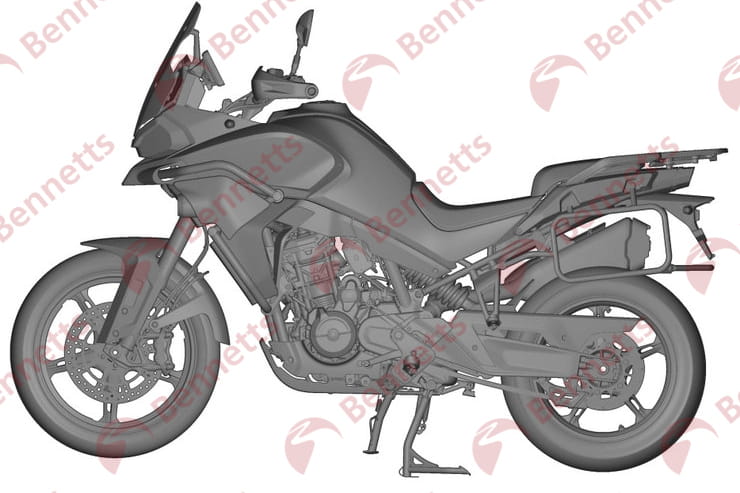 CFMoto’s partnership with KTM is a deep one. The Chinese firm is already responsible for building many KTMs for the Asian market, and more recently has expanded its responsibilities to take on production of the parallel twin LC8c engine on KTM’s behalf. It’s that engine that powers the CFMoto MT800. 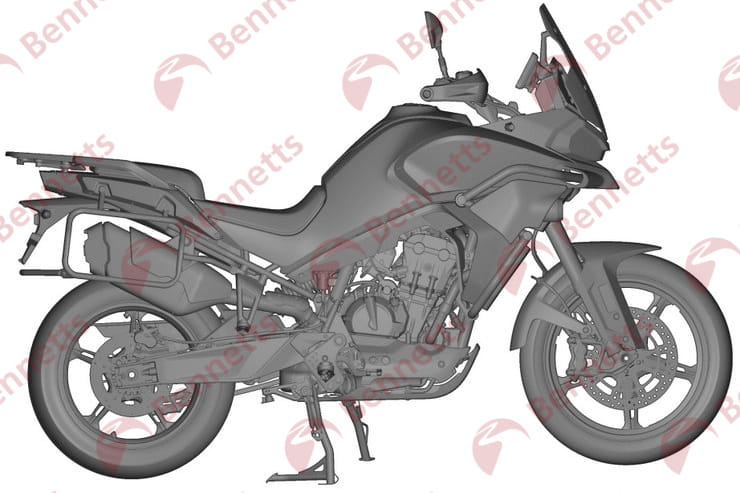 The pictures also confirm that it’s not just the engine that’s inherited from KTM – the tubular steel frame of the CFMoto MT800 is identical to that of the 790 Adventure.

You might think that would make the Chinese bike uncomfortably similar to the KTM, but it’s clear the MT800 has a different take on the adventure bike theme. Where KTM’s offerings target the hardcore end of the market, with serious off-road chops, knobbly tyres, wire wheels and flat, motocross-style seats courtesy of the 790 Adventure’s unusual side-mounted fuel tanks, the MT800 is a much more road-biased model. The tank is conventionally positioned, creating a deep dip behind if for the rider’s seat, while the pillion pad is higher. The wheels are alloys, with what appears to be a 19in front and 17in rear, shod with road-oriented rubber.

At the back there’s a new swingarm, unique to the MT800, instead of the KTM’s signature externally-braced design, while the forks are WP upside-downers. 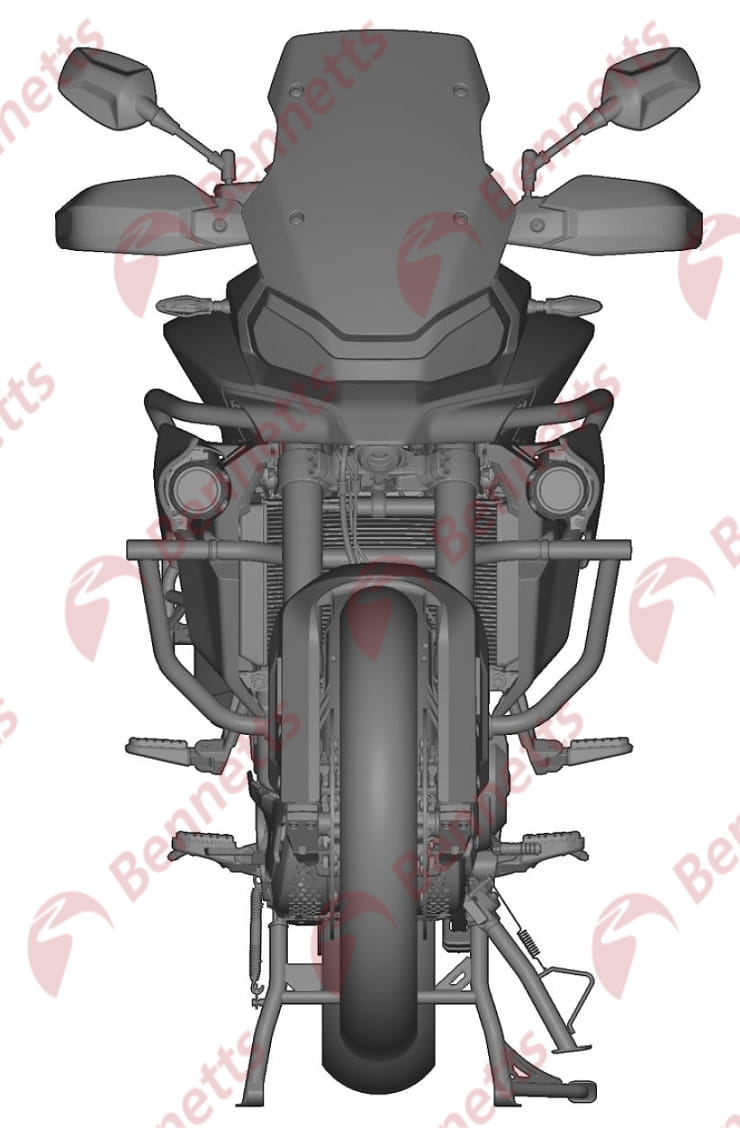 Tech-wise, the MT800 clearly uses a large TFT dashboard, no doubt including the usual smartphone-linking tech. The firm’s other KTM-powered model – the recently-revealed, Chinese market TR1250G tourer – features the largest TFT dash yet see on a motorcycle, with a vast array of tech, so don’t expect the MT800 to hold back when it comes to gadgets.

Had this year’s motorcycle shows gone ahead as usual, we might have expected to see the MT800 revealed at the Intermot or EICMA events that were due to take place over the last few weeks. As it stands now, the bike’s unveiling may be held back until closer to the time that it’s ready to reach showrooms. 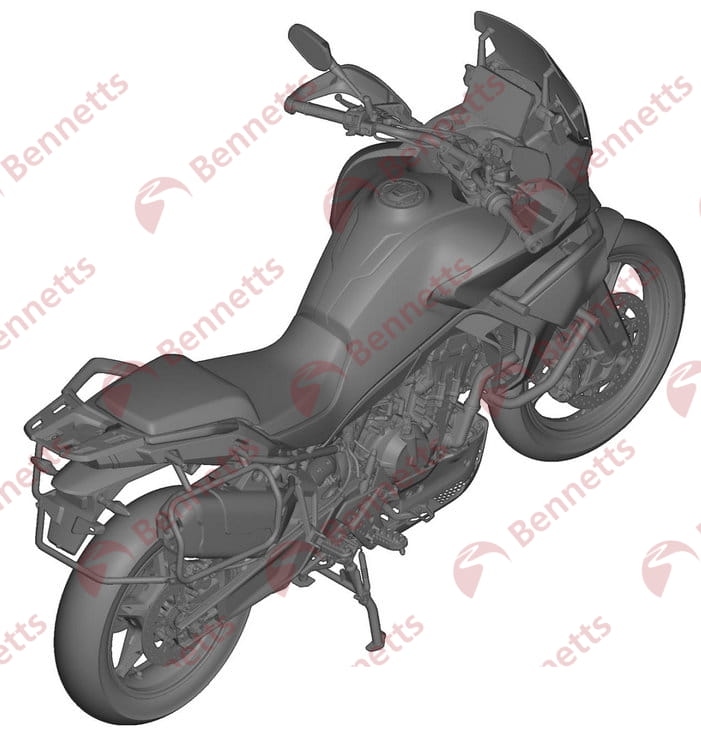