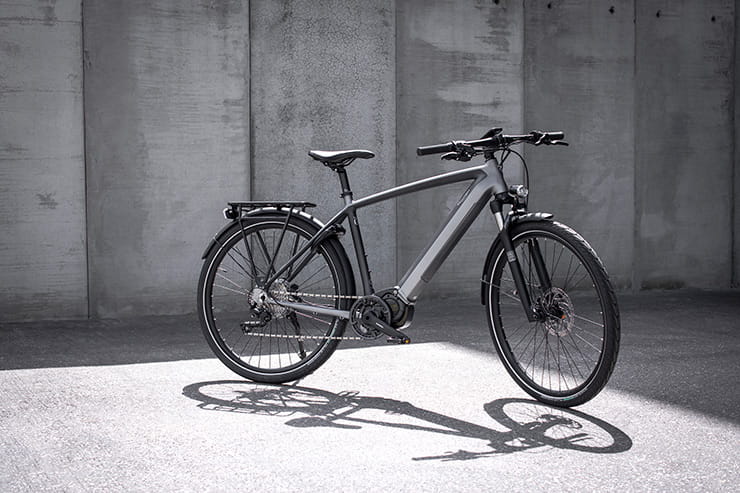 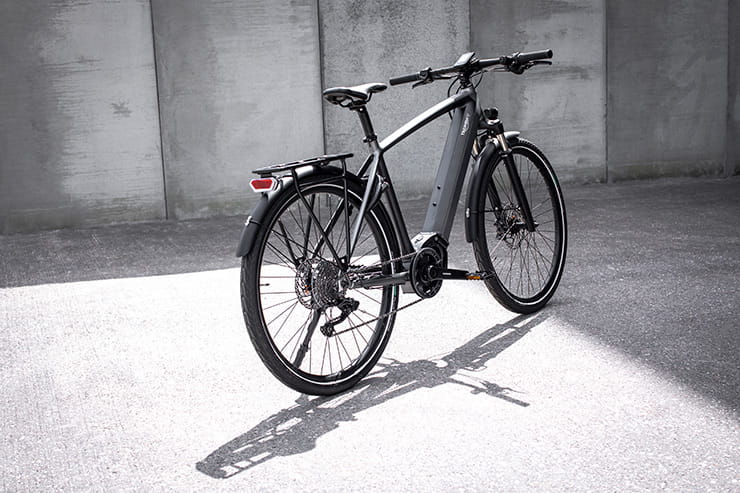 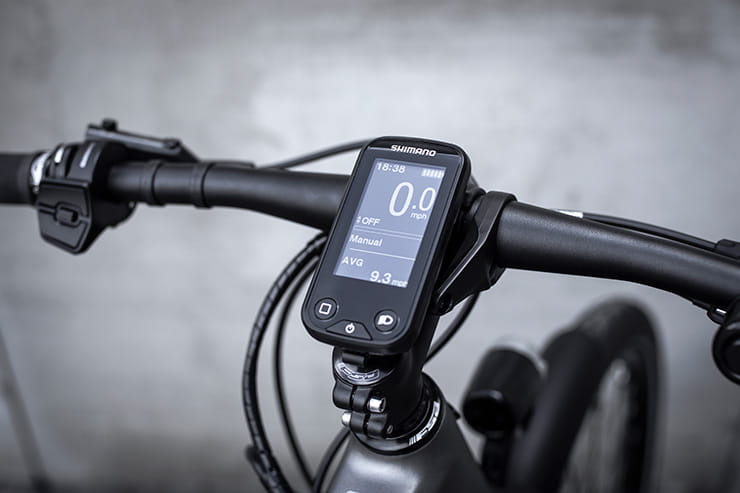 What you probably didn’t know is 18 years before the first Triumph motorcycle rolled off the production line, Triumph actually built bicycles way back in 1884. Roll forwards 136-years and they’re at it again but this time it’s an e-bicycle known as the ‘Triumph Trekker GT’ – the firm’s first e-bike.

The price has been confirmed as £2,950 and it is due on sale imminently throughout the UK, USA and most of Europe.

Coming one year on from the company’s announcement that it’s developing a prototype electric motorcycle – the TE-1 – in conjunction with Williams Advanced Engineering, the Trekker GT, designed by Triumph, comes with a high-end spec including the latest generation of Shimano’s battery technology and drivetrain weighing under 3kg. 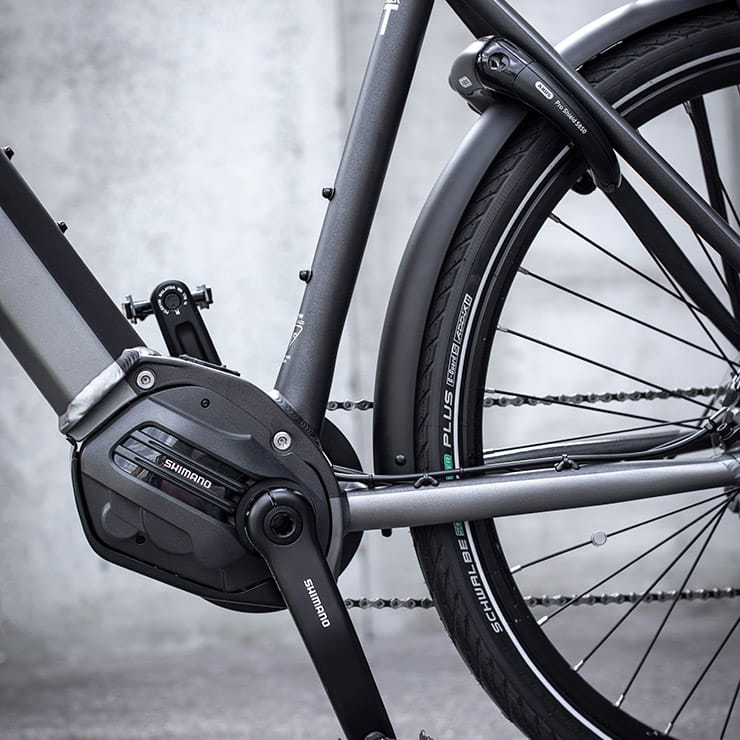 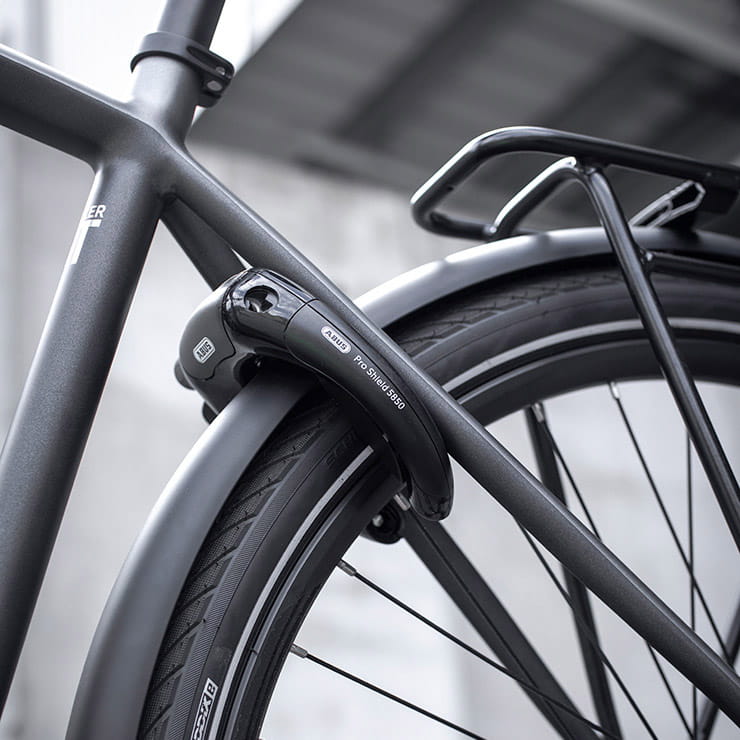 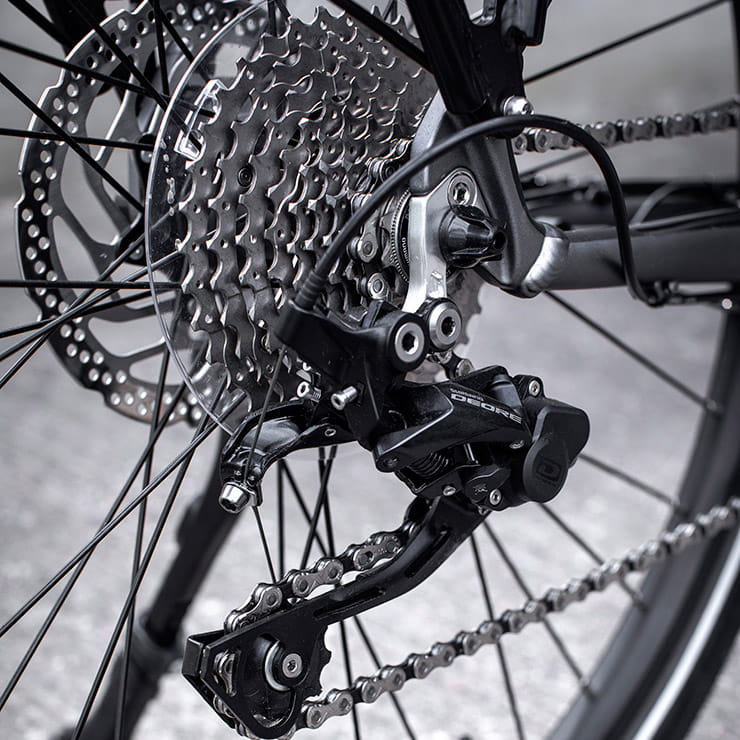 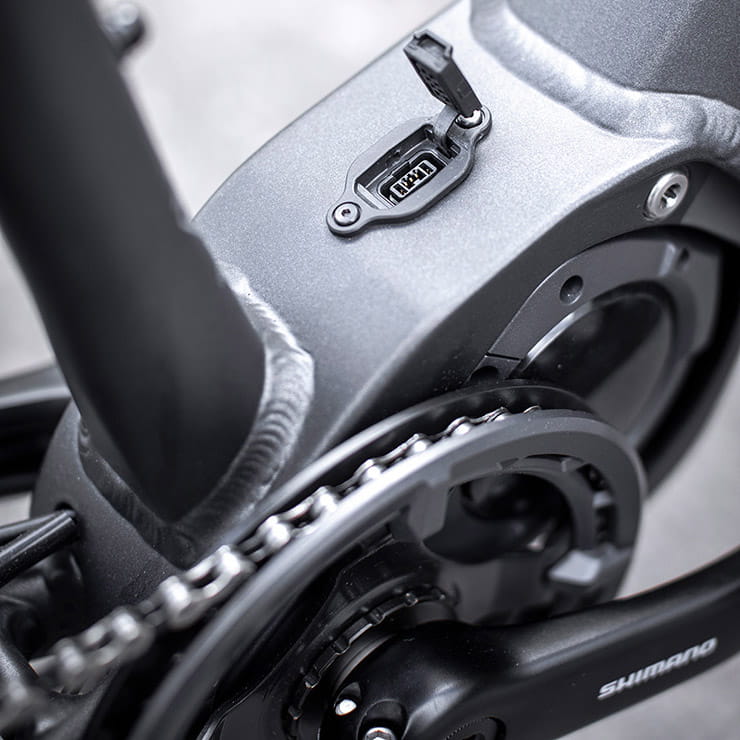 The narrow handlebar and tiny Selle-Royal Vivo saddle looks more like an upright tourer than an out-and-out racer – think of it as the 1050 Tiger Sport rather than a 765 Daytona.

27.5” Shimano wheels are fitted with Schwalbe Energizer Green Guard tyres while the Trekker GT has a 10-speed gear mechanism, also built by Shimano. The Japanese cycling component manufacturer is also responsible for the brakes with their Deore M6000 180/160 system. RockShox Paragon forks with 65mm of travel take the sting out of nasty surfaces, and those components plus a satellite charging socket are all fitted onto the lightweight hydro-formed 6061 aluminium frame.

The e-bike comes in the twin paint scheme of Matt Silver Ice and Matt Jet Black, matching plenty of motorcycles throughout the current Triumph range. It’s a classy and tasteful look which also features blacked-out features and detailing including the wheels, pedals, seat post and handlebar stem.

Ride information including an estimated range, speed, distance, clock, gear and trip is available via the digital Shimano display neatly mounted onto the centre of the handlebars.

The Triumph Trekker GT features integrated LED lighting as standard as well as matt-black mudguards, pannier rack sides, a side-stand and an ABUS pro-shield integrated lock which clips around the back wheel, though the accompanying 270mm U-lock, chain and ground anchor are al optional extras.

We wonder if there’ll be a matching Lycra and helmet range. Not that that’s our thing, we’re all about the leather.