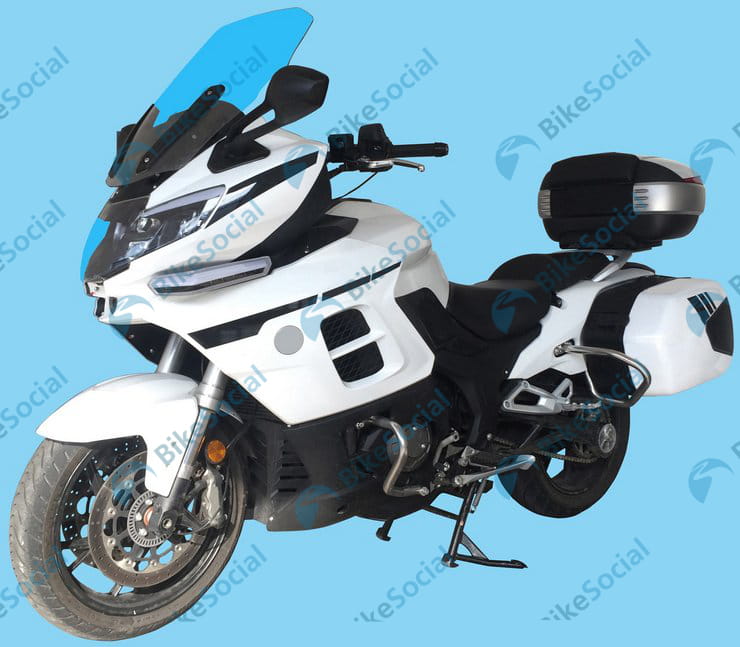 If you’re in the market for a big touring bike the range of options is getting ever narrower at the moment. Just a few years ago a selection of BMWs went head-to-head with Honda’s Pan European, VFR1200F and Gold Wing, while Moto Guzzi’s Norge, Yamaha’s FJR1300, Triumph’s Trophy 1200 and Kawasaki’s GTR1400 also vied for attention.

Now the herd has been thinned. BMW is still playing the game, offering the K1600GT and R1250RT, and the Gold Wing is still ploughing its flat-six furrow, but the rest are dropping like flies. The Pan European, VFR1200F and Norge are long gone, while the Kawasaki GTR and Triumph Trophy were dropped more recently and Yamaha’s FJR is currently seeing out its last days as the ‘Ultimate Edition’. Buyers flooding to adventure bikes have decimated the market for the traditional tourer.

But a new entrant is on the verge of joining the game in the form of Benelli. 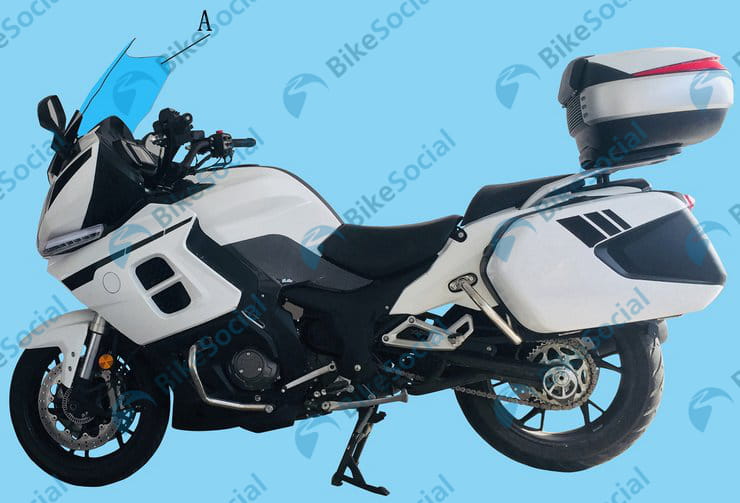 We seem to be getting intel on a new Benelli every few days at the moment as the firm’s Chinese parent firm Qianjiang pumps money into the marque. In a world where many bike firms are looking to protect themselves from the seemingly inevitable financial turmoil that will inevitably follow the coronavirus crisis, it’s bucking the trend.

We actually got wind of the new Benelli tourer nearly four years ago when the firm filed design patents for the new design. Back then it was intended to use a shaft-drive transmission connected to an oversized version of the three-cylinder engine that used to power the Tornado Tre, TreK and TNT1130. The shaft drive has now gone, replaced by a conventional chain, but otherwise the production version of the Benelli 1200 is remarkably similar to the original plans. A blurry image published alongside some basic specifications in January this year seemed to confirm the bike was still coming, followed by a police version revealed in May, but these are the first clear pictures of the civilian versions. 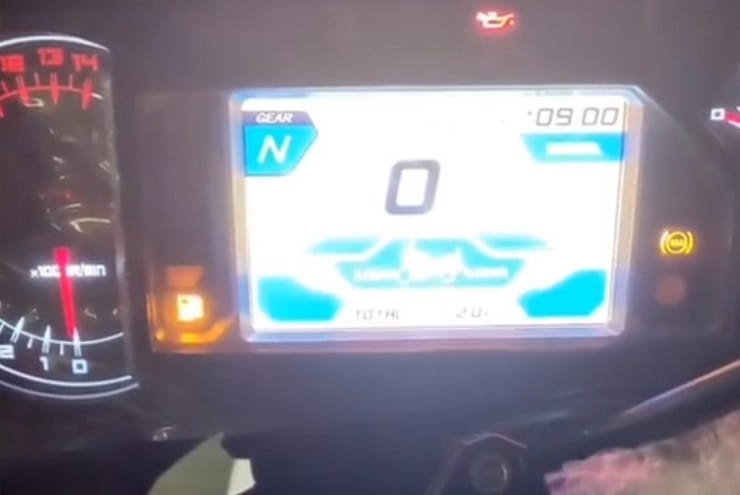 The bike’s bloodline is slightly confusing, since it’s referred to as both the Qianjiang QJ1200 and Benelli BJ1200 in documents related to the project, but there’s plenty of evidence that it’s destined to wear the Benelli badge when production starts.

Firstly, there’s the engine. It’s a 140hp, 1209cc derivative of the old 1130cc Benelli triple, and now drives through the same six-speed transmission as its predecessor. With the adoption of chain drive, the new bike also appears to have taken on the same tubular steel swingarm design that was used on the TreK adventure-tourer, complete with its distinctive eccentric chain adjusters.

As with most modern Benellis, the suspension appears to be Marzocchi kit, while the brakes will probably come from Brembo. Type-approval documents have already confirmed the use of Bosch 9.1MP ABS and revealed details including that peak power figure and the weight – a hefty 338kg wet. Top speed is rated at 137mph. 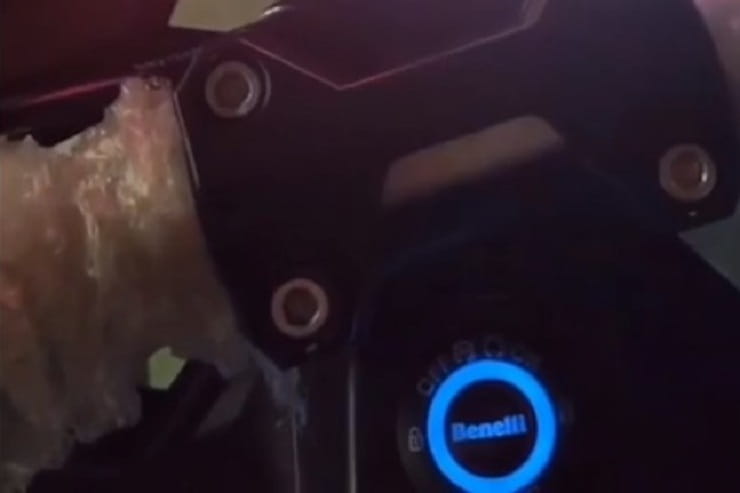 A clip that appeared on Chinese video site Bilibili, showing a prototype for the police version of the bike, also reveals that the pushbutton ignition switch reads “Benelli” (above). It’s a keyless system, so you only need to have the key fob near the bike to be able to start it.

The same video reveals a 10,000rpm redline and a TFT screen sitting between analogue gauges for speed and revs, along with a surprising array of tech. Notably, the mirrors are powered – motoring into position when the ignition is turned on and retracting when it’s switched off – as is the screen. There are also tyre pressure readouts on the dash and multi-coloured LED lighting.

What’s more, it looks like the new bike features camera and radar-assisted safety systems, probably including adaptive cruise control and blind spot monitoring. There’s a distinctive black circular unit set into the bike’s nose and a similar device mounted at the back (below), just above the tail light.

Bear in mind that Benelli’s parent firm, Qianjiang, is largely owned by Geely – the Chinese automotive giant that owns Volvo and Lotus, among other brands. Under Geely’s guidance Volvo has gone from strength to strength, featuring world-leading semi-autonomous driving systems, so there’s potential for that technology to cross to Benelli. 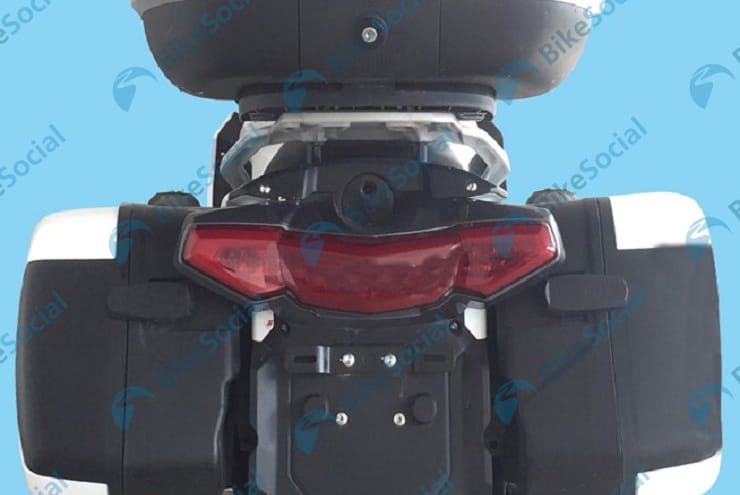 While the chain final drive might be a deal breaker for some traditional tourer customers, overall it looks like the Benelli design is set to offer a level of technology that few current machines in the class can match. What’s more, it’s likely to be significantly cheaper than some prestige-branded rivals.