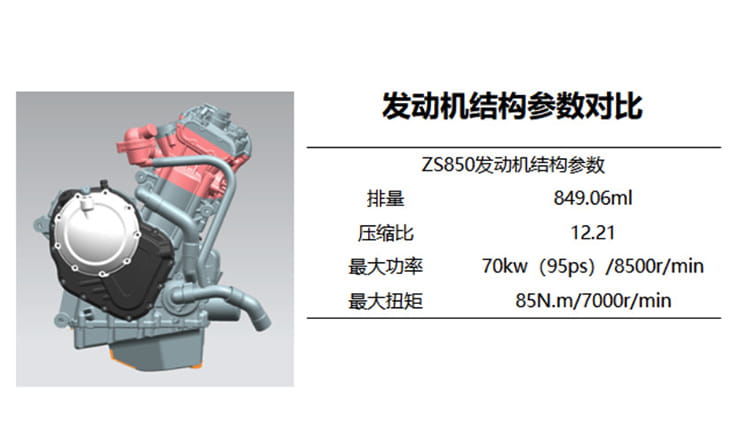 Chinese firm Zongshen bought the rights to licence-build Norton’s 650cc parallel twin engine back in 2017 – and now reports in China say it’s created its own 849cc version with more power and torque than the Norton motor it’s based on.

The new Zongshen engine is visually identical to the Norton twin, itself is based on the front two cylinders of the firm’s V4RR superbike engine developed by engineering maestros Ricardo. Late last year Zongshen showed two bikes with its Norton-based 650cc ‘ZS650’ engine, the RX6 adventure model and RK6 tourer. Now it’s announced a ‘ZS850’ derivative with more capacity, power and torque.

So far, Zongshen hasn’t said what bikes will get the ZS850 engine, but models based on the RX6 and RK6 are surely inevitable – an RX8 and RK8, perhaps?

One intriguing question remains: if the Norton twin can be expanded as far as 850cc, could the same bore and stroke could be used on the V4 it’s based on, creating a 1700cc engine?