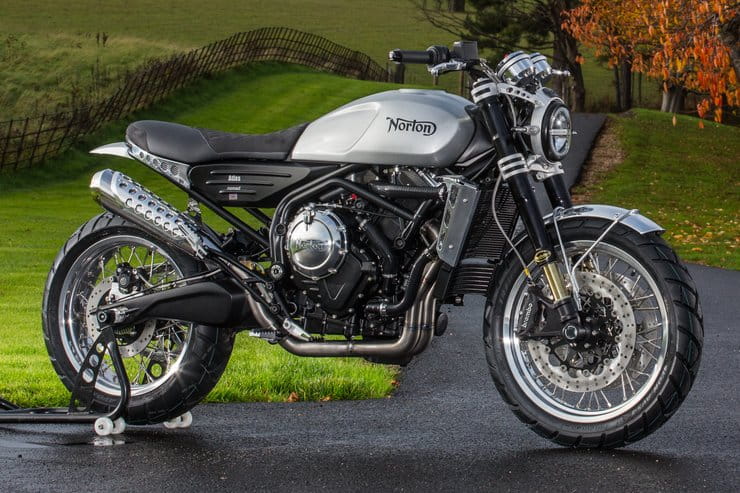 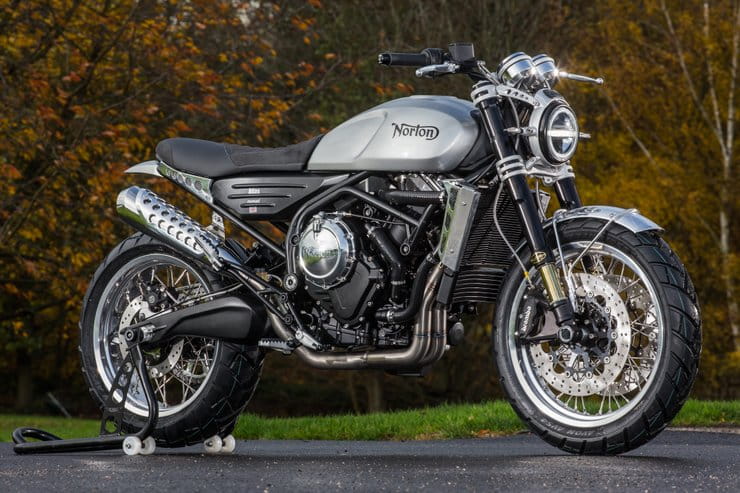 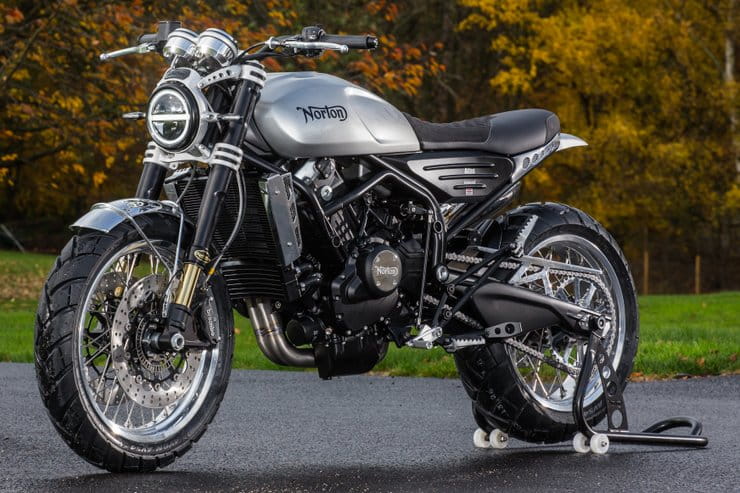 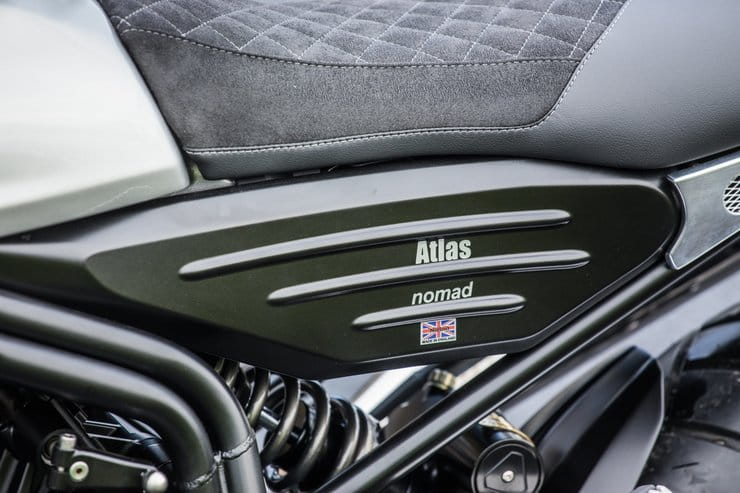 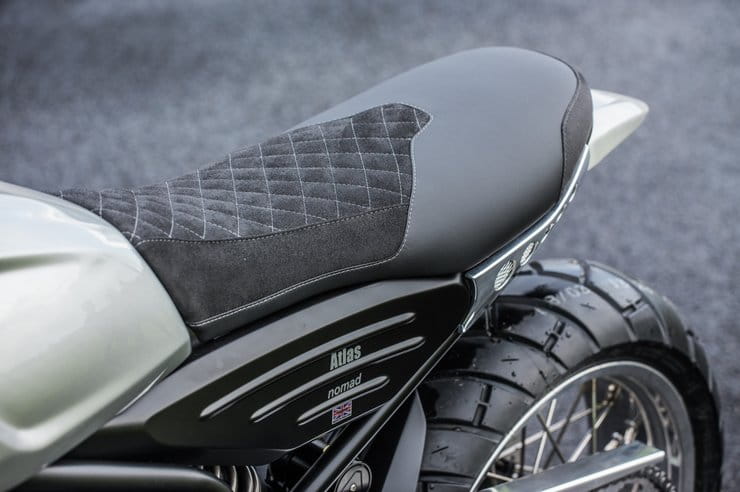 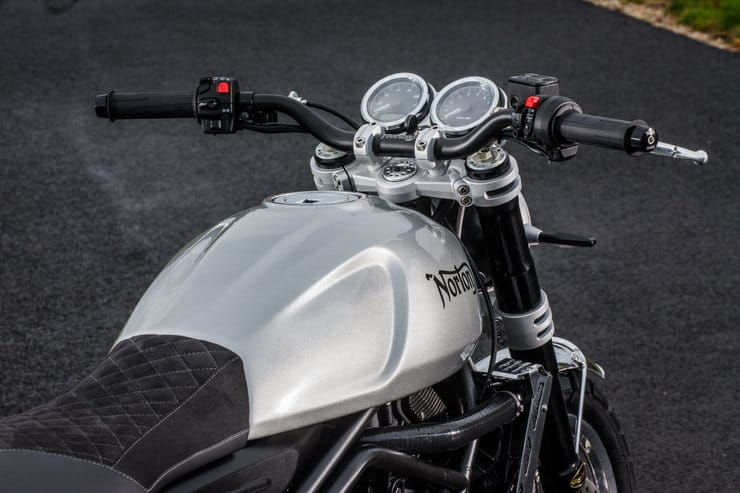 A year ago Norton announced its plans to make a new parallel twin range based around a new engine – and now there’s something real to show for those plans; the Norton Atlas.

The firm revealed two mainstream production versions of the bike at an event last night as it prepares to give them their first public showing at Motorcycle Live at the NEC this weekend. Both have a scrambler aesthetic, but the Atlas Nomad is the more road-oriented while the Atlas Ranger has an off-road appeal.

Both models are based around a tubular steel chassis bearing an all-new parallel twin engine that’s been developed as a spin-off from Norton’s forthcoming 1200cc RR superbike V4.

The twin is effectively the front two cylinders of the V4, with the rear bank lopped off. The stroke remains unchanged at 82mm, but the bore is increased from 56.8mm to 61.5mm, giving the twin a 650cc capacity. A 270-degree crank means that despite the engine’s parallel layout, the power pulse and sound will be similar to a 90-degree V-twin. A chain drives two overhead camshafts, operating four valves per cylinder, while twin injectors per cylinder deliver the fuel via fly-by-wire throttle bodies.

Norton is promising full Euro4 emissions compliance and an impressive 84bhp at 11,000rpm. Those are high revs for a twin like this, and a correspondingly lofty power figure. For comparison, Kawasaki’s Ninja 650 – with a roughly similar bore, stroke and capacity – makes only 67bhp at 8,000rpm. So the Norton's performance promises to be greater than its layout and capacity suggest.

That performance is  reflected in the impressive Brembo Monobloc brakes used on both versions of the Atlas. They also share the same aluminium swingarm, composite fuel tanks, seat units and all-LED lighting. Where they differ is in the suspension spec, style, wheels and price.

The Nomad is the cheaper offering, coming in at a fiver under £10k to be Norton’s entry-level machine. It gets wire wheels with polished aluminium rims, with 110/80 R18 Avon Trekrider rubber at the front and 180/55 R17 at the rear. A low-mounted mudguard clings to the front wheel.

Norton’s Roadholder suspension offers 150mm of travel at either end, with fully-adjustable 50mm USD forks and a remote-reservoir rear shock. 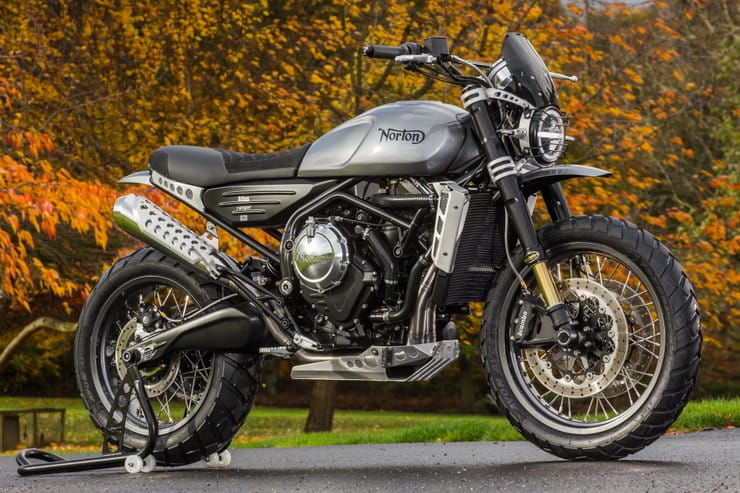 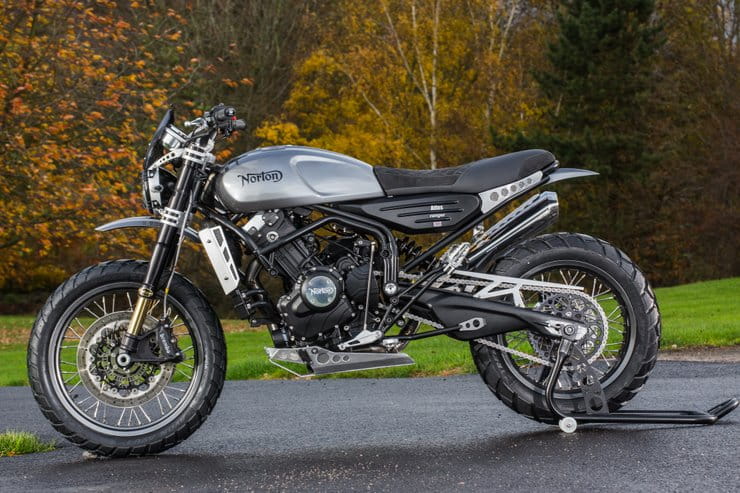 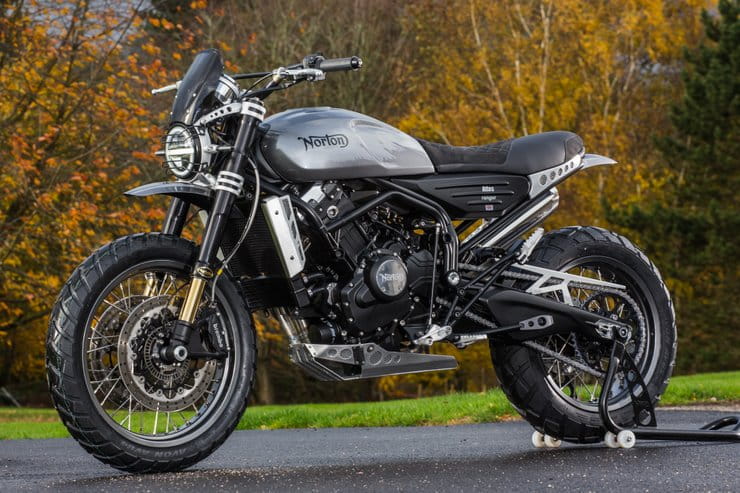 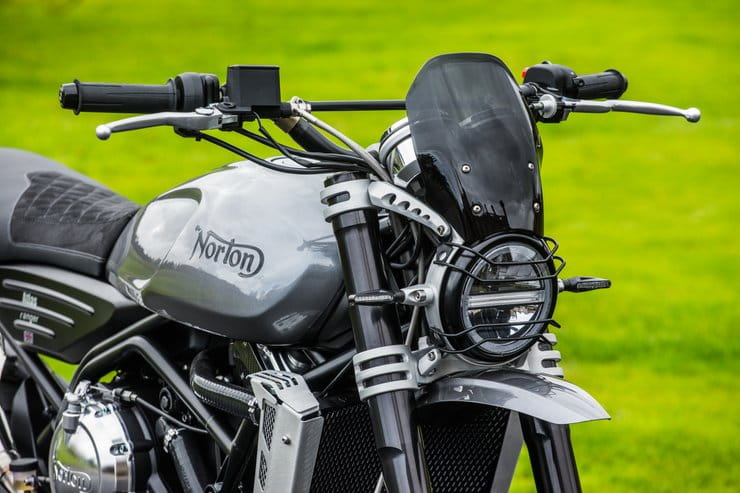 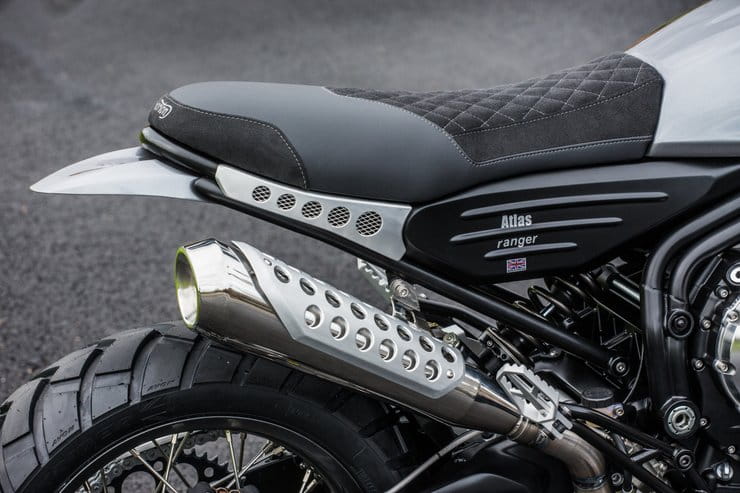 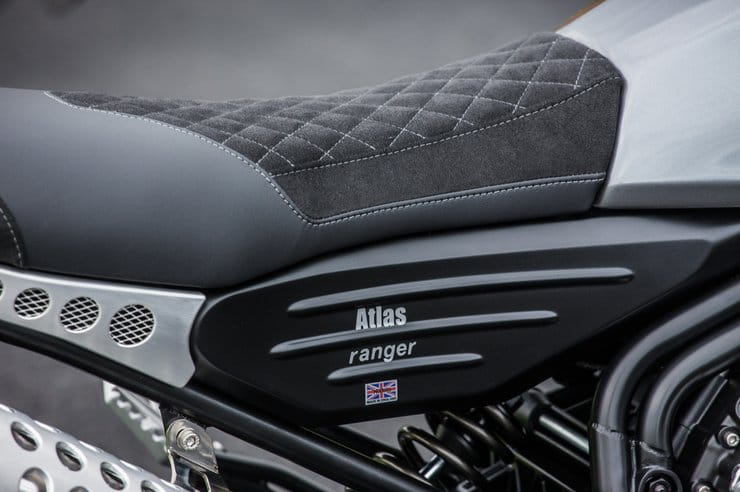 Mechanically identical to the Atlas Nomad, the Ranger features a more traditional scrambler look thanks to its high-mounted front mudguard, a headlight protector and sump guard. It also gets a small screen plus higher, cross-braced bars to set it aside.

At £11,995 it’s a full £2k more than the Nomad, but your money doesn’t just buy those cosmetic elements; the suspension, again Norton Roadholder kit, has a longer 200mm of travel to suit the Ranger’s off-road aspirations. The front wheel is an inch larger in diameter, wearing a 120/70 R19 Avon Trekrider, while the rear remains 17 inches but gets a narrower 170/60 profile tyre. Both rims have a titanium-coloured finish rather than polished alloy.

The changes mean that the Ranger’s wheelbase is notably longer than the Nomad's; 1470mm compared to 1446mm. Norton claims the same 24.2 degree head angle on both models, suggesting fairly quick steering.

Whichever Atlas you choose, the claimed weight is 178kg before fluids are added. That’s an identical dry weight to Ducati’s 2019 Hypermotard, which also has a similarly-sized fuel tank. When fuelled and oiled the Ducati weighs precisely 200kg, suggesting the Norton Atlas machines are likely to be around the same when they're in a ready-to-ride state.

Norton is offering the same five colour options on the Nomad and Ranger: grey, silver, red, black or white. The firm says that it will allow 250 of each model to be pre-ordered at Motorcycle Live at the NEC in return for a £500 refundable deposit, promising to deliver the bikes before the end of 2019.