Active steering: The next stage of rider assistance 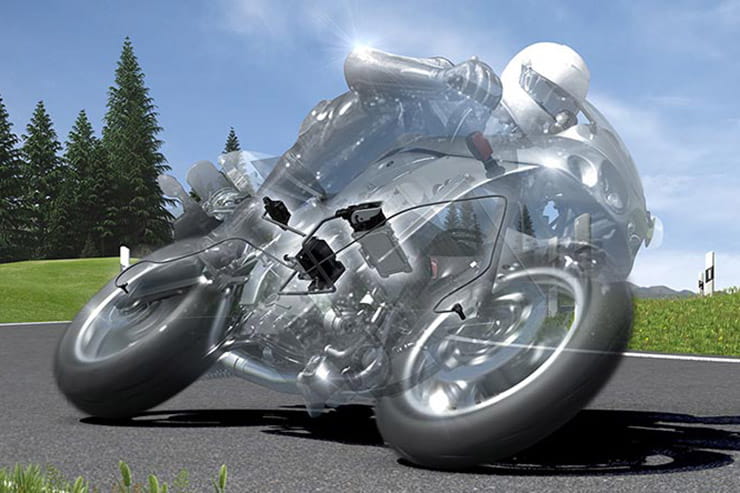 The emergence of workable rider-assistance technology over the last few years has led to a revolution in the performance and controllability of bikes. The next step will inevitably be to give computers a level of control over the steering as well as the throttle and brakes – and experts at Bosch are already working on it.

Little over a decade ago, many manufacturers believed that workable traction-control systems for bikes were a pie-in-the-sky dream, and that ABS would only ever be suitable for big tourers. Now anti-lock is mandatory on every bike over 125cc and works exceptionally, even in corners when the latest systems are fitted, and traction control has developed into lean-sensitive stability control systems that don’t just prevent wheelspin but even allow you to tune the amount of slide they’ll permit. On top of that, we’ve got wheelie control systems, engine braking controls and the ability to tweak and tune the electronic settings of all these things.

What’s next, then? Well radar-based adaptive cruise control and emergency auto-braking is already well on the way, and adaptive steering systems are the next target. 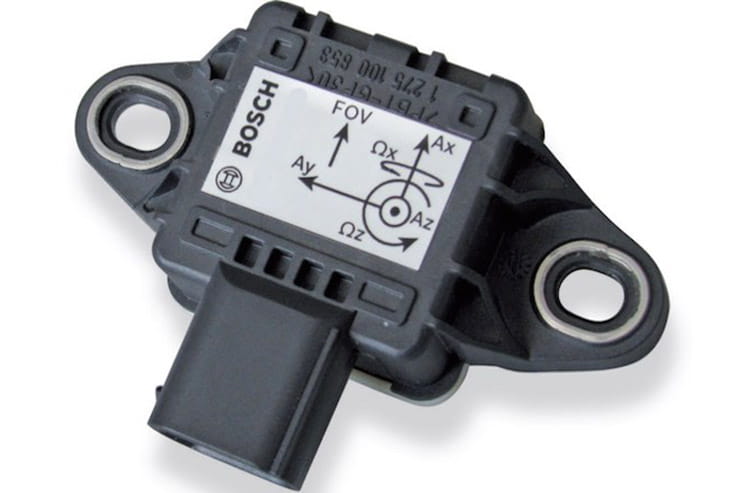 German electronics giant Bosch is, of course, behind the lion’s share of the latest tech. Its MEMS (MicroElectronic Mechanical Systems) are key to the Inertial Measurement Units  that provide the essential information that allows cornering ABS, stability control, wheelie control and stoppie control systems to work.

When we spoke to Bosch’s VP of Engineering, Two Wheeler and Power Sport, Europe, Matthias Mörbe back in 2017, he questioned the feasibility of adding steering control into the mix, saying: “Influencing the steering is a very interesting point. There have been studies into modifying the steering system but due to the fact that the rider is an entire part of the steering dynamics, so far there is no solution visible which has a chance to influence steering. It’s completely different to cars, where you have the opportunity to influence the steering system. Maybe I’m wrong, but I strongly believe that in the near future we won’t see any approaches to go into the steering side. It’s theoretically possible, but the technical solution, in my personal opinion, is not feasible for the time being.”

Bosch itself has now filed a patent application that shows steering control as part of an overall, integrated safety system, so perhaps the time for that technology is closer than it appears. 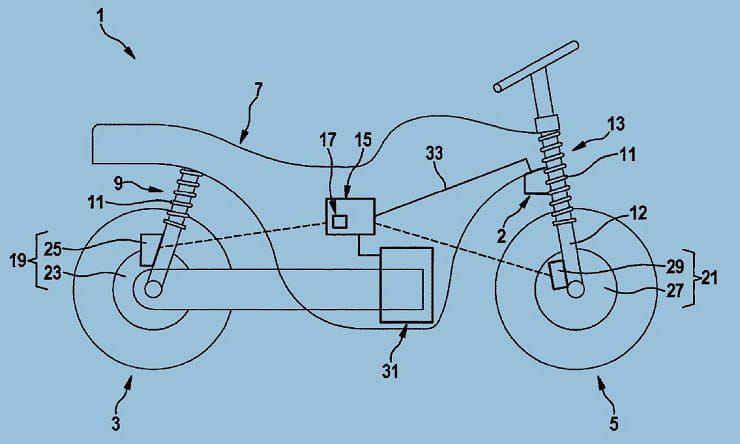 The almost childishly simple diagram (above) in Bosch’s patent belies its significance. No company is better placed to be able to bring steering under the umbrella of electronic control.

The document doesn’t focus on the detailed mechanics of how to move the steering. Instead it looks at the overall picture that a combined electronics system with steering control tied into braking and acceleration control systems would operate.

In particular, the idea is to use steering control to assist in two specific situations. The first is emergency braking, or even automatic pre-collision braking on future bikes. The second is during the use of adaptive cruise control, coming to production bikes soon thanks to Bosch radar technology, when the bike may accelerate under computer control to keep up with the flow of traffic. 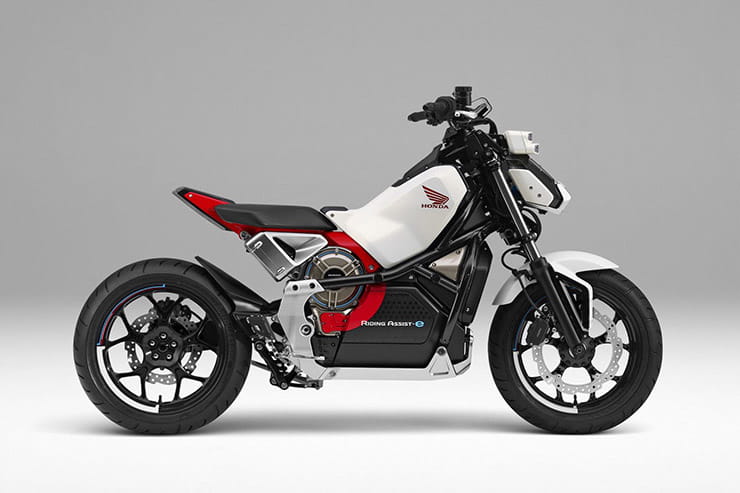 In the first scenario, employing a brake-assist system to help slow the bike down in an emergency means the rear wheel might lift as the bike pitches forward. Bosch’s patent says: “Since an abrupt deceleration of [the] motorcycle, as expected, is typically not only associated with a pitching forward, i.e., with a deep plunge of [the] front wheel suspension, but may also result in a fishtailing, a wobble, or similar oscillating changes of the movement direction of [the] motorcycle, [the] control unit may counter this expected change of the movement direction in a targeted manner.”

With regards to acceleration, the document says: “In this case, for example, a situation may occur in which the speed of [the] motorcycle is to be increased and, with the aid of driver assistance system, [the] control unit prompts [the] drive motor to initiate a stronger power output. Predictably, this generally results in front wheel being temporarily unloaded and rear wheel being loaded, so that motorcycle briefly pitches rearward. In particular, the unloading of front wheel may result in [the] motorcycle fishtailing. In order to counter such fishtailing motions, [the] control unit, shortly before or while it initiates the power increase at [the] drive motor, may temporarily prompt [the] steering influence system, for example, to intensify the damping effectuated on front wheel suspension and/or to effectuate counter-steering motions by actively applying forces in order to actively counter the fishtailing motions.” 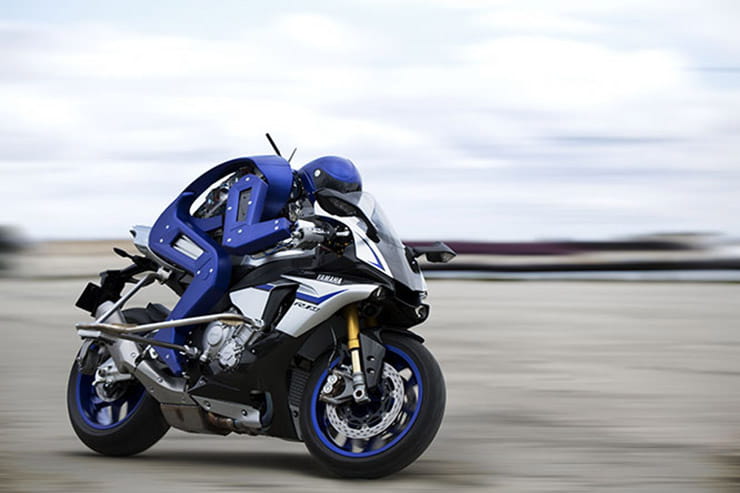 Bosch’s document suggests two tiers of control. The first, which is likely to be simpler to implement, uses an active steering damper rather than a full-on steering-assist system. Given that electronically-adjustable steering dampers are already on the market, and even standard on some bikes, and able to alter the level of damping depending on inputs like speed and riding mode, it’s a relatively small step to tie them into future adaptive cruise control or emergency braking systems.

The higher tier is that of full steering control, with a servo-style system using hydraulics or electrics to override rider inputs and steer the front wheel.

At the moment, Bosch’s focus is firmly on emergency situations, but it’s clear that once active steering systems are developed, along with the control computers and software to handle them, there must be scope for actively improving the handling and rideabilty of bikes on a day-to-day basis. We’ve already seen with Yamaha’s MotoBot and Honda’s Rider Assist concepts that computers able take over the entire process of riding a bike, and the systems to let them do so, are already in the realms of reality.

The question is whether riders will see them as a sort of robot butler, helping out where needed, or an intrusion into the man-and-machine interaction that motorcycling represents.