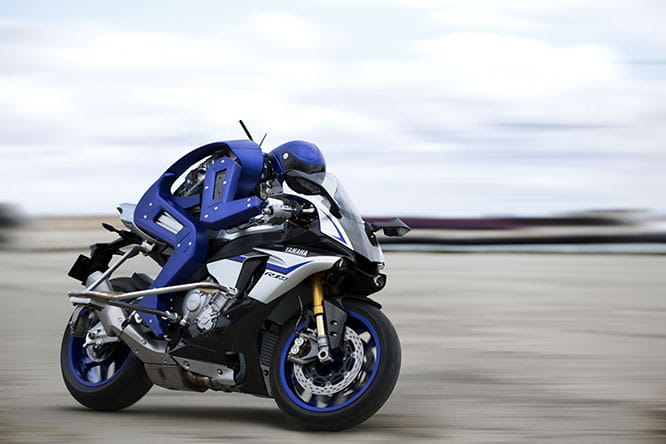 Watch out Rossi, Yamaha are developing an R1-riding robot and pretty soon it will be able to ride a standard R1 at 120+mph.

The new Motobot was revealed at yesterday’s Tokyo Show as a robot which has the goal of riding an unmodified motorcycle on a racetrack at more than 200kmh with the aim of developing advanced rider safety and support systems. 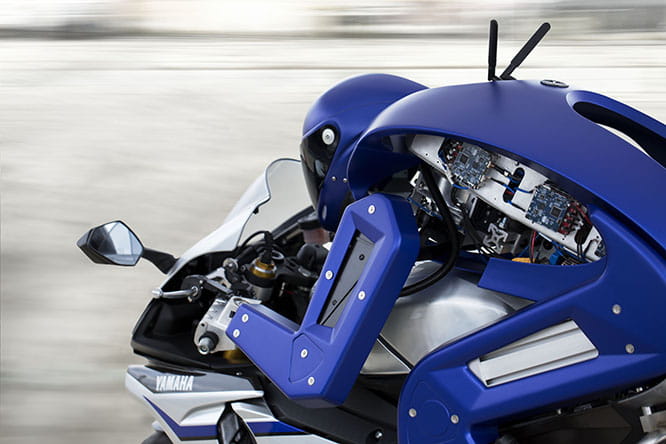 A video we found on the internet of the bike being tested on some waste ground with Yamaha engineers is at the same time fascinating and eerily terrifying. It talks about being able to surpass what Rossi can do. It may be some time before that happens, but it’s certainly impressive.

The video shows the Motobot is essentially using remote control by an actual human to operate the controls remotely, which the Motobot then actions on the bike.

But the technology is advancing and it clearly shows that one day this will happen. A grid full of Motobots in MotoGP you say? One day it might just happen. Yamaha has Motobot, Honda has Asimo. Let the MotoBotGP begin.