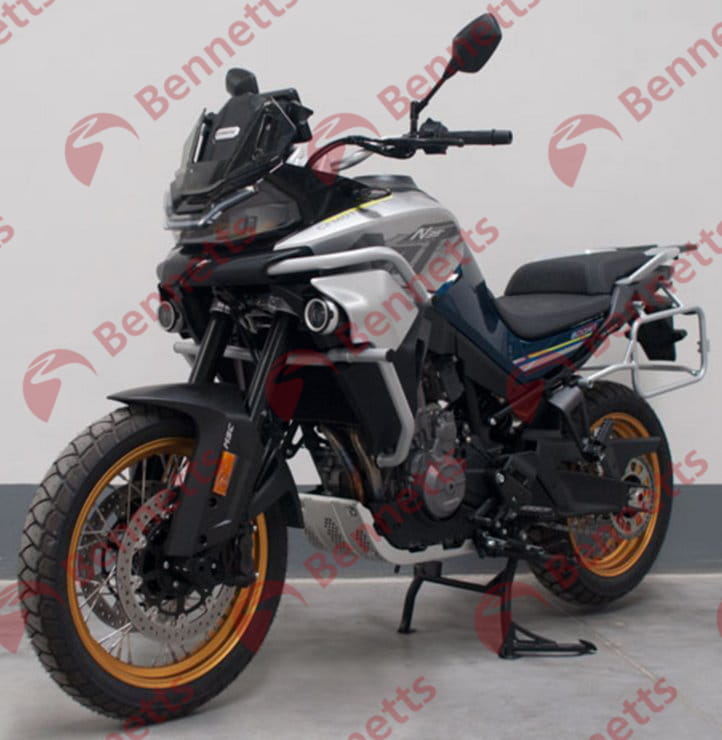 We’ve seen the development of the forthcoming CFMoto 800MT over several months – from early spy shots to final design drawings – and now the final version of the bike has shown its face thanks to these leaked images.

Photographed complete with finished graphics, the bike is unsurprisingly similar to the design  illustrations we featured last month, although it’s worth noting that the cast alloy wheels in the drawings have been switched back to the wire wheels spotted on earlier prototypes. No doubt CFMoto will eventually offer both configurations.

The name also appears to have been tweaked. Previously the model has been referred to as the MT800, but the decals on the final bike read ‘800MT’ – perhaps because the previous name ran a little too close to the titles used for Yamaha’s MT range. 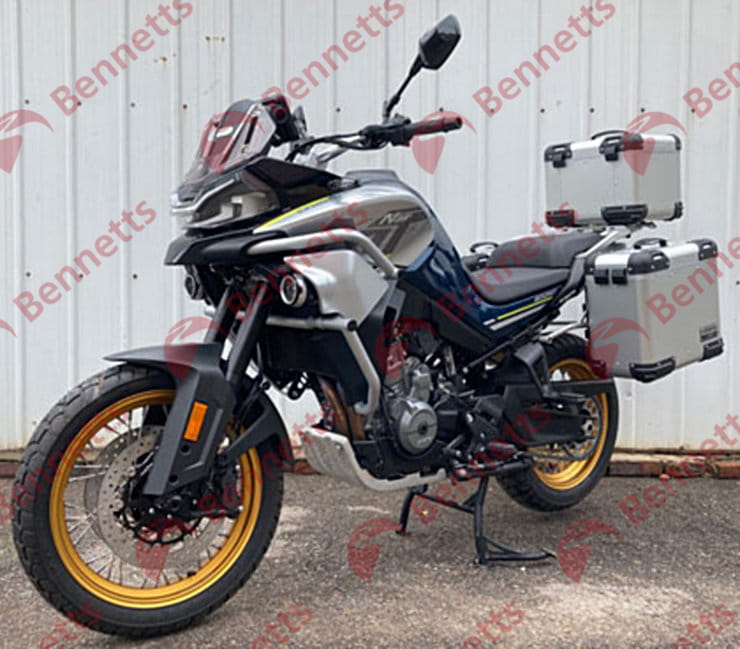 In case you’re not familiar with the CFMoto 800MT’s story, it represents the closest tie yet between CFMoto and KTM. The Chinese brand already builds several KTM engines and complete bikes on behalf of the Austrian firm, and the deal also allows it to use some of those parts on its own machines. As well as using the 799cc parallel twin from KTM’s 790 Adventure and Duke models (not the updated 889cc version used on the latest 2021 machines, though), the 800MT features a variation on the KTM 790 Adventure chassis as well, albeit with a distinctly different swingarm.

In terms of specs, we’re still waiting to find out whether the engine has been significantly detuned for the CFMoto. In KTM form, the 799cc ‘790’ twin made between 95hp and 105hp depending on which model it was fitted to. However, we do know the CFMoto’s kerb weight, ready to ride, is 231kg. That’s around 16kg more than a KTM 890 Adventure in the same state. Once fitted with the aluminium luggage that will be offered as an option, the CFMoto’s weight rises to 248kg.

These pictures have emerged from China at around the time the CFMoto 800MT was originally due to be launched, but its official debut has been put back to the first quarter of 2021.