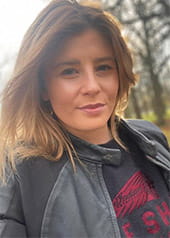 Senior PR & Events Executive for Bennetts. When not at work, usually found riding in ovals and continually turning left, racing flat track in the DTRA. Don’t call her an influencer. 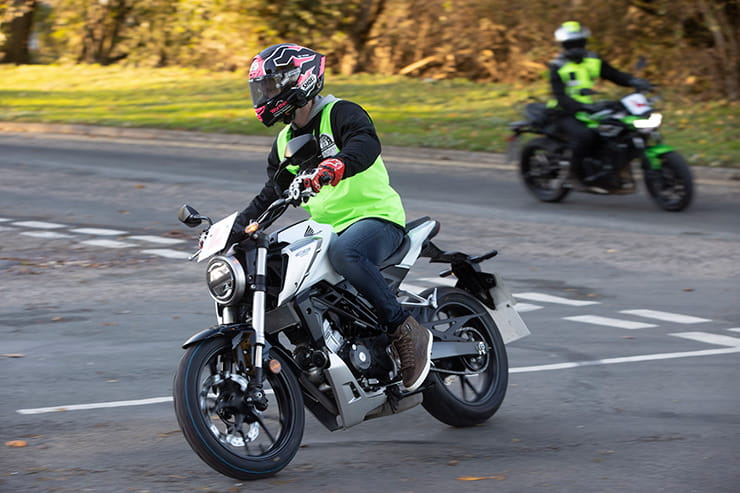 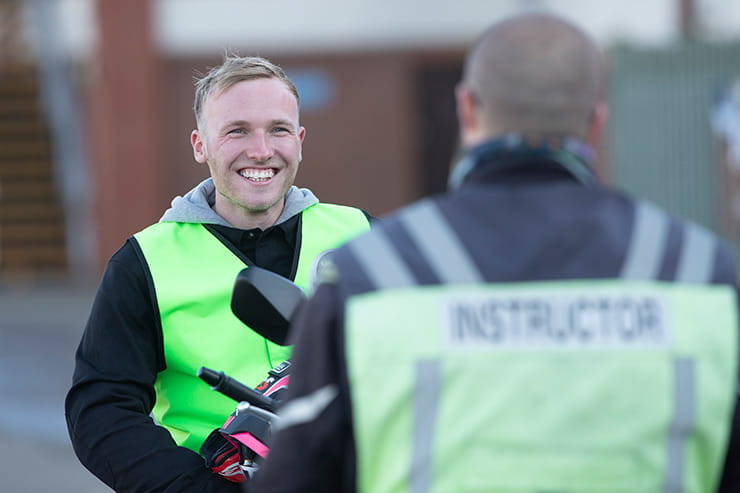 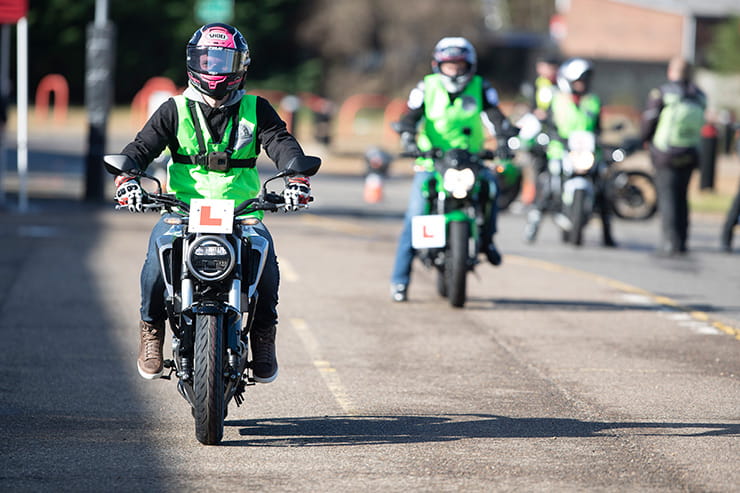 As a road racer and British Superstock 1000 pilot, Davey Todd is used to average speeds of over 125mph on his Honda CBR1000RR-R Fireblade, not riding on a 125.

The 25-year old from Saltburn has had a rapid rise through the racing ranks, particularly on the roads. Todd made his Isle of Man TT debut in 2018 and became the second fastest newcomer of all time with an incredible 128.379mph lap (Peter Hickman still holds the top spot).

Despite being a multi-disciplined rider - excelling particularly in supermoto and motocross (as well as his sportsbike racing job) – there’s one licence that the professional racer is still missing. So as part of the Bennetts Ride Free campaign, we sent Davey back to school on a Honda CB125R to get his Compulsory Basic Training (CBT) as the first step to obtaining his full motorcycle entitlement…

BikeSocial: How long have you been interested in motorcycles?

Davey Todd: Literally since I was born. All I remember is watching bikes and bike racing on TV. My Dad had bikes when I was really young and then I got my first motorbike, a little Honda QR50, at three years old and started riding then. I began racing motocross at six and its just gone from there really: I’ve never lost the passion and interest in it.

DT: It went well. I was obviously just super keen to be on the road and I had a 50cc scooter and fortunately passed my CBT first time. I got on the road on my 50 and obviously tried to make it go a little faster with some homebrew tuning, which didn’t go very well and I ended up blowing it up three times! After the third time, my Dad said he wasn’t rebuilding the engine for me again and I couldn’t figure it out, so I just waited until I was 17 and could drive. Sad, really.

BS: What was your first road bike?

BS: You switched from riding on the road to driving. And then racing has obviously become your job. So, what made you want to get your CBT again?

Quite a few things. I seem to have a little more time, now that I am racing full-time and of course we are in the off season. I want to be able to ride on the road, so I have the option to be on a motorcycle to just ride and be relaxed and be chilled out because I’ve never done that at all in my life. Anytime I’ve sat on a bike it’s always been to race, with a goal. So, it would be quite nice to just get out and cruise around: I just really enjoy riding. 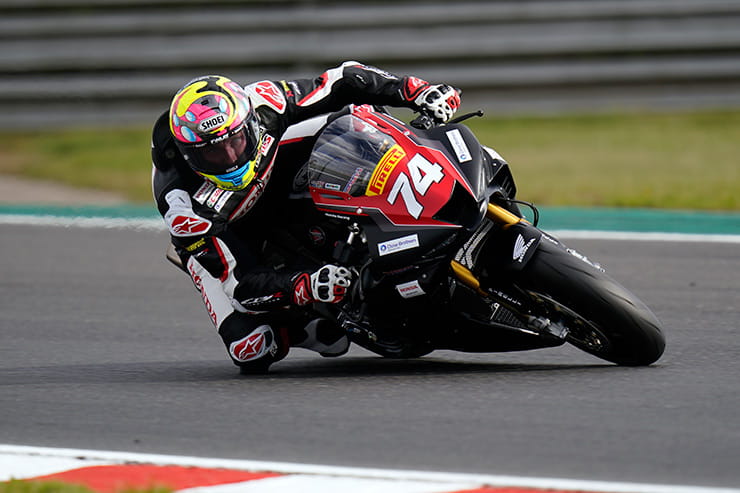 BS: What was the actual CBT day like? Have you picked up any bad habits since your last CBT?

DT: How much you learn on a CBT day is actually pretty crazy. For me, it was difficult to grasp the things that you should do on the road, because when I’m racing it’s not something that we ever have to think about. Stuff like road positioning, braking and where you should put your feet are so different when racing. You have to get out of those race habits and into those of riding suitably on the road to pass your test.

BS: What would you say to someone who is sitting on the fence about doing theirs?

DT: It’s not a test where you get absolutely grilled, it’s more of a lesson. You get taught everything that you need to know. If you’re sat on the fence currently, I say 100% go and do it because you at least know what it’s like without a massive time and financial commitment. It’s a great day out to experience it all and you leave the day feeling confident because you’ve been out riding on the road and that should hopefully take any doubts out of your mind!

BS: Why would you encourage people to get out there on two wheels?

DT: I just think that it’s awesome. Everyone needs to get out on motorbikes and ride two wheels. I can sit here and list all the reasons why I love motorbikes and think everyone else should, but there’s just so many. Just give it a try and you’ll see why. Motorbikes are the best – full stop!

BS: What are your next steps now you have completed your CBT?

DT: Now I’ve done my CBT, I want to go through and do my full test. Don’t get me wrong – modern 125s like the Honda CB125F are proper motorcycles and really trick - but I think maybe something with a bit bigger engine would suit me. In all honesty, I don’t mean so I can go faster on the road, because that’s not what I want from riding on the road. But something that sounds cool would be better, 125s don’t have that grunty noise.

BS: What are your thoughts on the Bennetts Ride Free imitative?

DT: Giving away 90 CBTs is a brilliant opportunity for those who have been thinking about getting their licence and getting out there on the road, you can’t ask for much more than that can you?

BS: What’s your top tip for those starting out or returning to riding on the road?

DT: If in doubt, flat out! No, absolutely not of course. That doesn’t really work on the road… Relax is the biggest thing. Especially for people that are new to motorbikes or coming back to it, or maybe haven’t done any riding at all. It’s not as hard as you think and if you relax it all comes to you and if anything, it all comes to you a little easier if you’re chilled out. Davey says relax.

BS: Will we catch you doing practice laps around the Isle of Man now you can ride on the road?

DT: Hopefully when we are able to visit the island again and in better weather.  I’ll be able to get out there with Glenn (Irwin) and maybe give him a few tips, not that I have masses of experience, but I guess that I have more than he does. He was quite keen to go out with us and hopefully I can pass on a bit of, a bit of knowledge and keep everything fresh in my mind as well.

BS: You have to choose from these bikes: Honda Monkey bike or Grom (MSX125)?

DT: GoldWing. Just for a change.

BS: And your dream road trip?

DT: It’s got to be riding down the West Coast of America: the Pacific Coast Highway. Doing a trip like that is one of the big reasons why I wanted to get my licence, because it’s something that me and my Dad have talked about doing for some years now. Maybe not on a Monkey Bike, though… 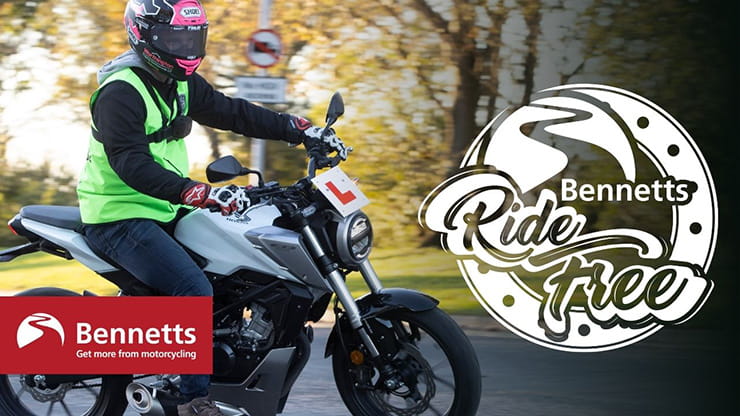