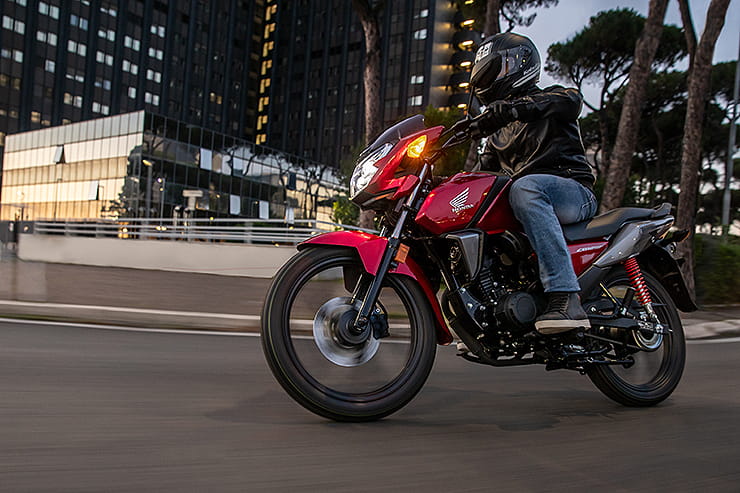 If you’ve got a bike licence there’s a pretty strong chance that your first wobbly outing on a powered two-wheeler came on a Honda CB125F or one of its predecessors – the CBF125 or CG125.

So while most of us never throw a leg across one again after tearing up our L-plates the launch of a new version is nonetheless a significant moment. First impressions count, and a whole new generation of riders will begin their motorcycling journey on the bike you see here; the 2021 CB125F. While other bikes are judged by their performance, their equipment levels, their styling or their build quality, the CB125F has to meet a unique set of demands. It’s got to be immensely rugged, able to lap up abuse from novices or delivery riders, while simultaneously being easy to ride and – perhaps most importantly – enjoyable enough to make sure new riders come back for their second lesson.

On the face of it, Honda has ticked at least one important box in the development of the new 2021 version, as the firm has managed to slice an impressive 11kg from the CB125F’s weight in its latest version. 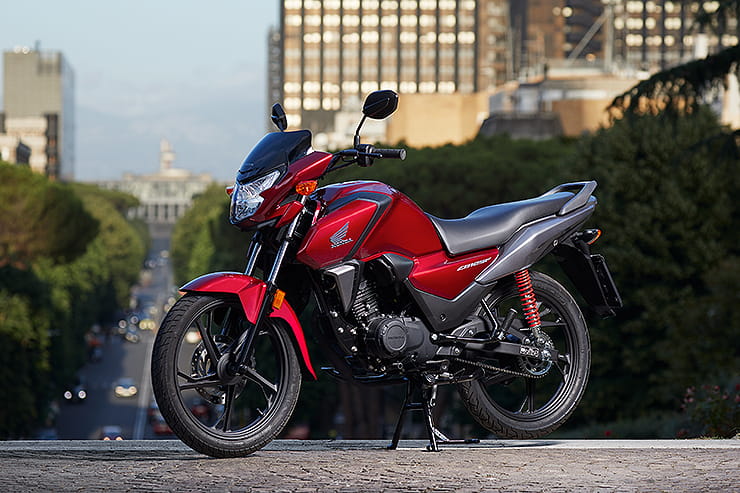 That would be an impressive weight loss on a 220kg litre bike but on something as small as the CB125F it’s a vast decrease, dropping the kerb weight from 128kg to just 117kg in ready-to-ride form.

Most of the reduction – 7kg – comes thanks to a new engine, part of Honda’s ‘eSP’ (enhanced Smart Power) line, that represents a massive step forward from the old bike’s lump. Still coming in at 124cc, it bucks the usual trend for shorter strokes and bigger bores, instead going the other way. The bore is decreased from 52.4mm to 50mm while the stroke rises from 57.8mm to 63.1mm. It’s still an air-cooled, single-overhead-cam design with four valves, but for 2021 the new version meets Euro5 emissions limits and manages a remarkable 27% improvement in fuel economy.

Power might be rather irrelevant on a bike like this, but it rises slightly from 10.45hp to 10.73hp, peaking at fractionally lower revs of 7500rpm rather than 7750rpm. Torque is up, too, at 8lbft instead of 7.5lbft, hitting the maximum at 6000rpm instead of 6250rpm. A higher compression ratio of 10:1, up from 9.2:1, is combined with low-friction design to achieve the improvements. 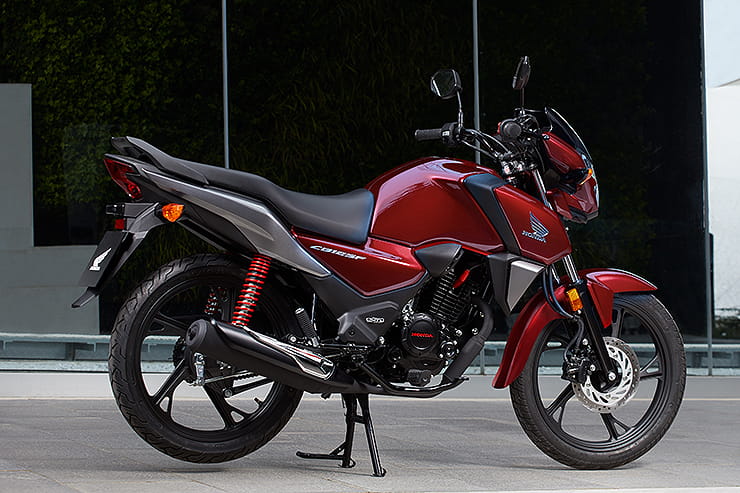 The improvements create a virtuous circle. Lower weight and improved engine design improves the fuel economy – up from 145mpg to an astounding 188mpg – which means Honda has been able to reduce the fuel tank from 13 litres (2.86 gal) to 11 litres (2.42 gal), giving a further weight reduction.

Such is the economy improvement that, despite the small tank, the theoretical maximum range rises from 415 miles from a tank to 455 miles. 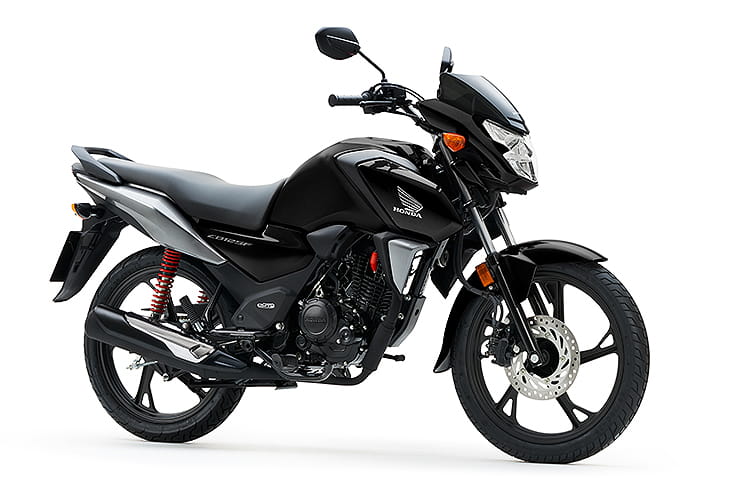 On the chassis front, the bike still uses a tubular steel frame, but it’s 1.7kg lighter than the old one. The relaxed 26 degree rake is the same as before, but trail is reduced from 97mm to 92.4mm. Along with the lower weight and a shorter, 1280mm wheelbase – down from 1295mm – the recipe suggests better manoeuvrability than before. One surprise is that Honda has increased the seat height by 15mm, although at 790mm, it’s not toweringly tall.

Don’t go looking for advanced suspension design; the CB125F keeps its traditional twin-shock rear end and 31mm forks, with the only adjustment available being five-position preload at the rear. The wheels are still 18" in diameter, with an 80/100 rear and 90/90 front tyre, but the design is new. A single 240mm disc brake at the front is linked to the rear drum via Honda’s CBS (combined braking system) but there’s no ABS on offer. 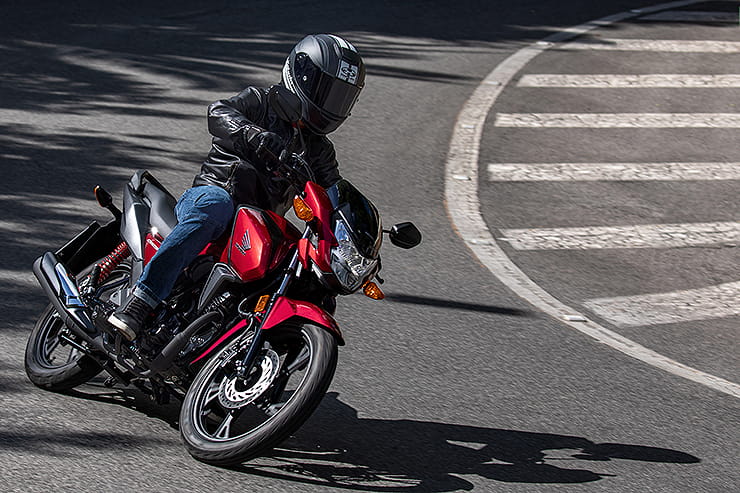 The CB125F’s new styling isn’t going to set pulses racing. If anything, it’s a little less sporty-looking than the old model, with a slightly retro shape that Honda says is inspired by its CB-R ‘Neo Sports Cafe’ models. However, once again there are practical improvements including the headlight – now LED – and a digital instrument panel that includes a gear position display that might be quite useful for learner riders, as well fuel consumption readouts so you can see how close to the theoretical 188mpg you’re getting.

While targeting learners, the new CB125F’s good economy, low weight and inherited reputation for sturdiness means it could make for an attractive alternative to a scooter for existing riders looking for something cheap and tough as a day-to-day city commuter machine, particularly in this COVID-struck era.