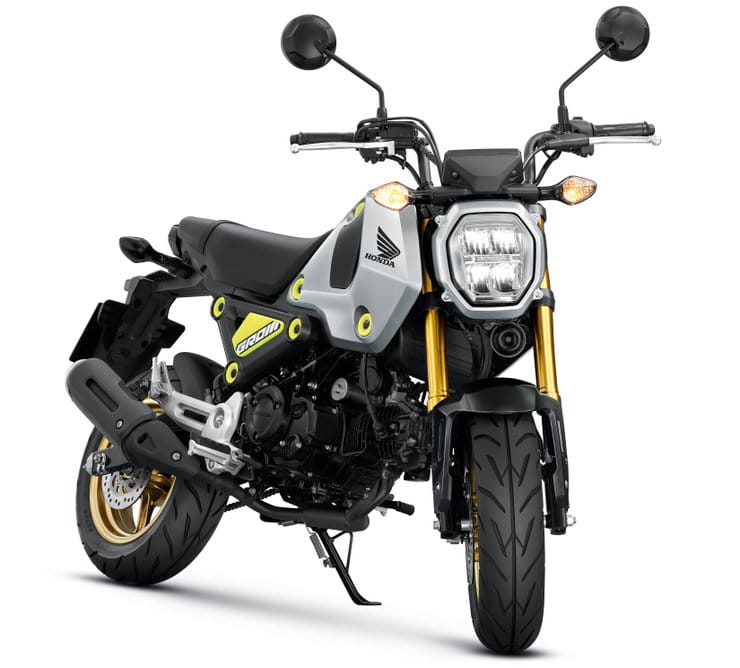 After just six years on sale Honda’s MSX125 is entering its third generation in 2021 gaining a completely new look and finally adopting the ‘Grom’ name that’s been used in Japan and America since its launch.

The spiritual successor to the original Honda Monkey, the Grom is one of the few learner-legal bikes to be more than just a stepping stone to something bigger and better. Focused on fun rather than practicality or performance, its appeal comes from its sheer frivolity. 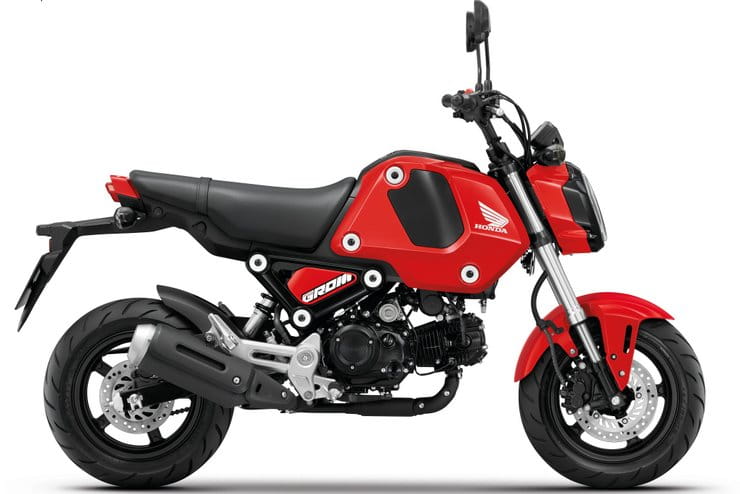 While the frame is essentially unchanged in 2021, it carries new styling and a new 125cc, air-cooled single. Since performance isn’t the point, let’s start with the appearance.

Although still instantly recognisable as an MSX125 thanks to its unique proportions and the usual combination of sharp edges and bright colours, the 2021 model’s panels are all new. The seat – previously stepped to give a sporty, high tail – is now ironing-board flat for a more retro silhouette. There’s a similar story with the tank and side panels, which previously had visual ties to sports bikes. Now the styling has overtones of Honda’s Bulldog concept bike, and there are hints of classic Paris-Dakar bikes in the way the oversized tank wraps over the backbone frame. That tank isn’t as big as it looks, although the 2021 model’s 6 litre capacity is 500ml more than the previous version’s 5.5 litre unit.

Six bolts are conspicuously visible on each side of the bike, highlighted by contrasting pucks around them. Those bolts are all that keep the panels in place, and Honda’s idea is that riders might opt to personalise their bikes by swapping panels. 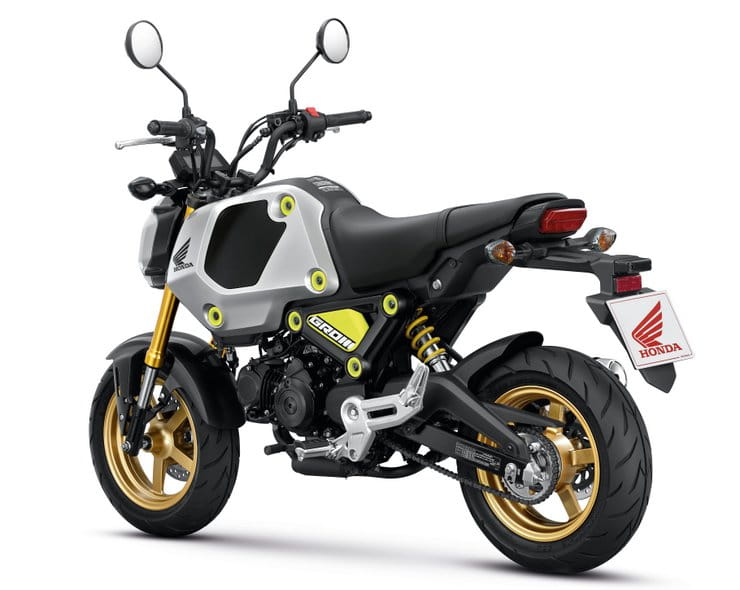 Although the engine looks much the same as before, it’s actually a new design. Not only is it Euro5 compliant, but it has a new bore and stroke – 50mm x 63.1m instead of 52.4mm x 57.9mm. The peak power and torque are largely unchanged, with 9.7hp at 7250rpm and 7.7lbft at 5500rpm, but the new engine gets an extra gear ratio – bringing it up to a total of five speeds – to help keep it on the boil and give a more relaxed cruising ratio. Top speed rises from 57.2mph to 58.4mph. 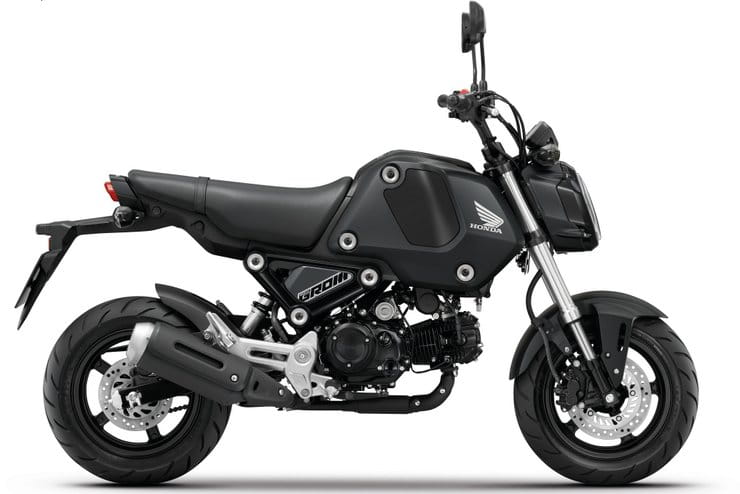 The backbone chassis, with 31mm upside-down forks, steel swingarm and monoshock, is basically unchanged, as are the wheel and tyre sizes – 120/70-12 at the front and 130/70-12 at the back. The wheels themselves are new five-spokers that again appear to take their inspiration from the Bulldog concept of 2015.

The geometry is also the same as before, with a 1200mm wheelbase and 25 degree steering head angle. At 103kg, the kerb weight is 1.3kg higher than the old version, but still impressively light. The seat, at 761mm, is 4mm lower than the 2020 model’s, while ground clearance is increased from 160mm to 180mm.

Want one? The next-gen Grom is due in dealers in March next year, and while prices have yet to be confirmed they’re unlikely to stray far from the current model’s £3499 rrp. 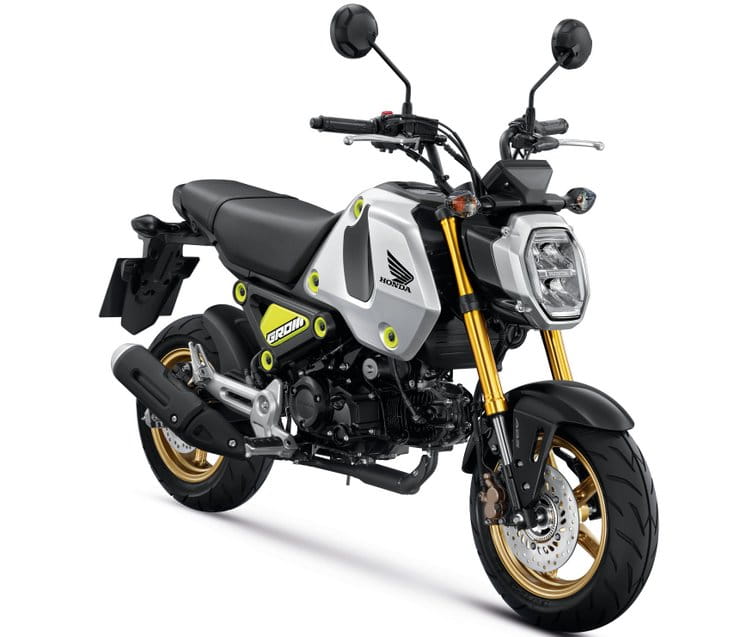