A Norton you might actually be able to buy: Zongshen Cyclone RX6 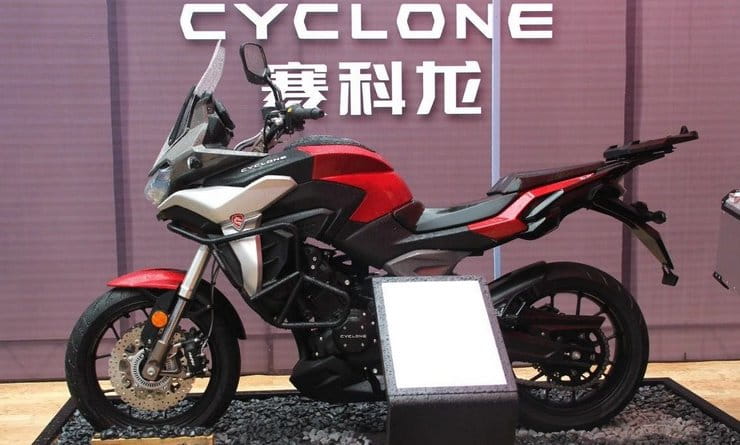 The process of finding a buyer to drag Norton out of administration might be nearing completion but the firm’s potential value is surely reduced by the fact it’s already sold rights to licence-build its engines to Chinese companies.

Recently it’s emerged that Norton sold a licence to make the original Commando-based ‘961’ engine to China’s Jinlang in January, just days before the administrators were called in. However, Norton’s planned water-cooled 650cc twin – due to power the planned Atlas and Superlight models – is a much more important engine and rights to licence-build it in China were sold way back in 2017 when it was still on the drawing board. The buyer was Zongshen, one of China’s longest-standing manufacturers and one with a strong footing in engine-building, and it’s edging ever closer to getting a bike on sale with the Norton-designed twin. 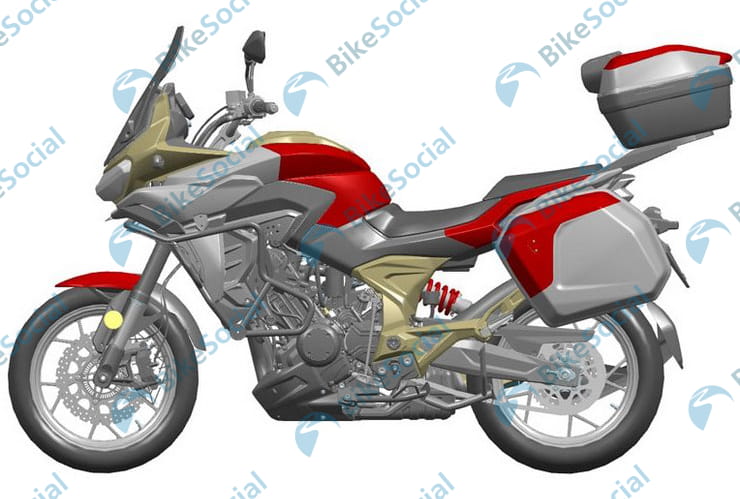 That number is realistic – comparing well with the likes of Kawasaki’s Versys 650 – while Norton’s original talk of 84hp for the Atlas and 105hp for the Superlight have yet to be proven and seem ambitious for a mass-made 650cc parallel twin. Zongshen has also gone a step further and started to develop its own 850cc version of the engine, claiming a potential 94hp. 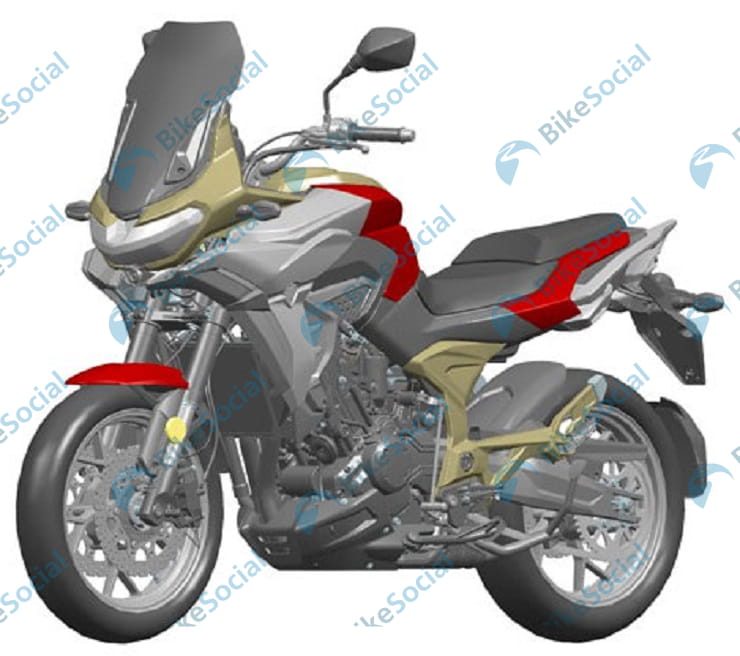 While the future of the Norton Atlas and Superlight hang in the balance, waiting for a new owner to take Norton on and decide a route forward for the company, Zongshen is ploughing ahead with its development of the modern parallel twin. It’s based on the front two cylinders of Norton’s 1200cc V4, and as such the basic design work was completed by respected UK-based engineering firm Ricardo. However, as yet neither the V4 nor the Atlas twin have received European or US type-approval or emissions certification – the handful of V4s that have been sold were registered under the much more lax single-vehicle approval scheme that’s really aimed at home-built specials rather than manufacturer-made machines.

The most recent development from China is that Zongshen has patented the styling of the RX6 adventure bike, and if all goes to plan it’s likely to reach showrooms in 2021. When that happens, it will be under Zongshen’s ‘Cyclone’ brand, intended to give greater worldwide appeal than the Zonshen name holds. 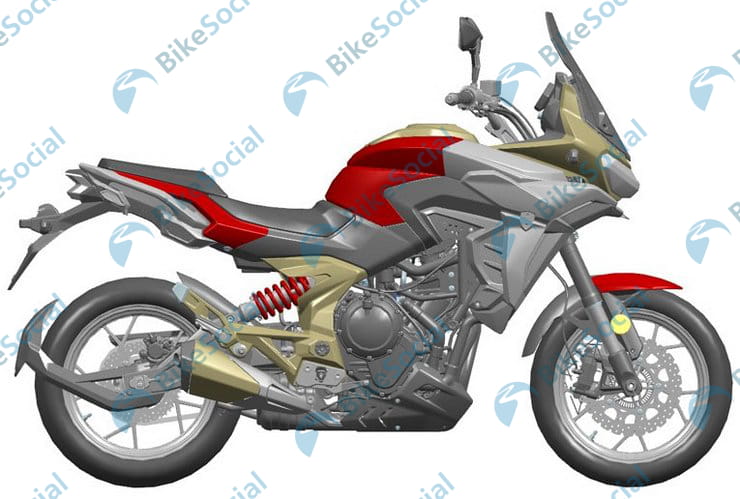 The patents reveal the RX6 in two forms – one in its most basic state, the other complete with extras including luggage and crash bars. Both also feature slight tweaks compared to last year’s show bike, most notably an additional swingarm-mounted mud guard at the rear that surprisingly doesn’t double as a licence plate bracket.

The patent images also show that the bike is very much designed for mass production. At no stage did we ever see a Norton Atlas or Superlight prototype fitted with a catalytic converter, for instance, or with bodywork that complied with international rules and regulations – suggesting that despite the firm’s bold talk, the bikes were still some way from being ready for the masses. In contrast, it looks like Zongshen has spent the three years since buying a licence to make the Norton engine creating a bike that really can be sold in any country around the world. The exhaust has a mass-made appearance, for instance, with a large collector box/catalyst box mounted under the engine and a neatly finished tail pipe.

Similarly, there’s a cast aluminium swingarm and other large alloy castings including the swingarm pivot section of the frame and the pillion peg brackets.

All indications are that the RX6 has everything it needs to be a convincing rival to bikes like the Versys 650 or V-Strom 650, and with the proposed 850cc engine fitted could be scaled up to compete with models like BMW’s F750 and F850GS. 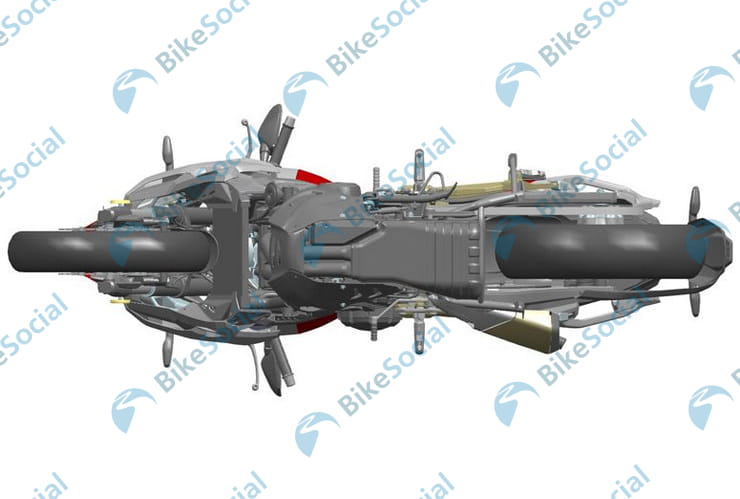 It’s early days yet, but it will be intriguing to see whether Zongshen can take the good elements of the Norton 650 twin and turn them into something for the masses. There are clear parallels with the early days of the Japanese motorcycle industry to be drawn here – notably how Kawasaki’s first bike, the W1, was a development of Meguro’s licence-made version of BSA’s A7. That means a Kawasaki W800 is arguably as close as you can come to owning a modern BSA. Could it be the case that a Zongshen Cyclone RX6 will be soon the closest equivalent to a modern Norton?

Intriguingly, some Chinese websites have even shown CAD images of a Cyclone-branded version of Norton’s 1200cc V4 superbike engine, along with a set of specifications. It’s not clear whether these are genuine, though; there’s a strong chance they’re merely mocked-up speculation, since there’s no evidence at the moment that Zongshen has any rights to the four-cylinder design. 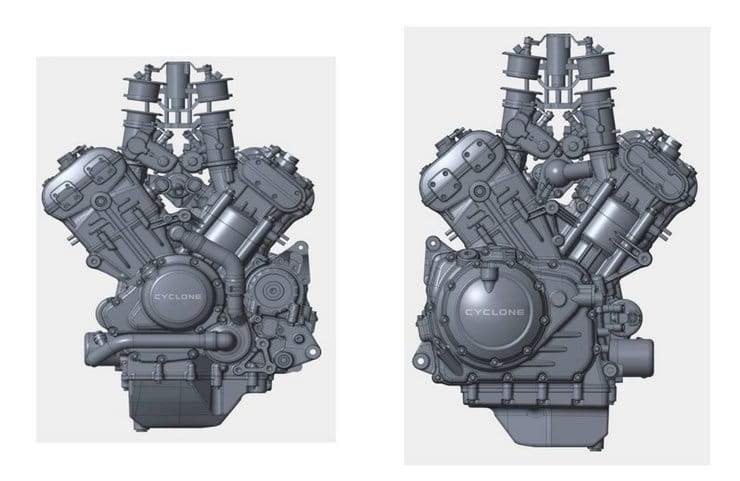