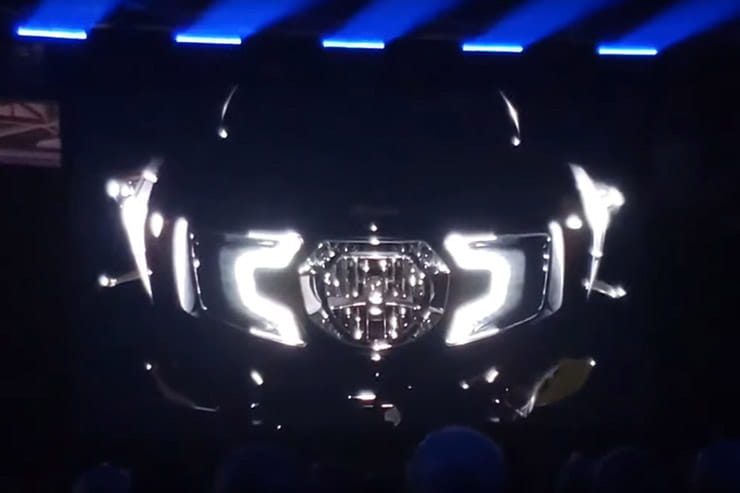 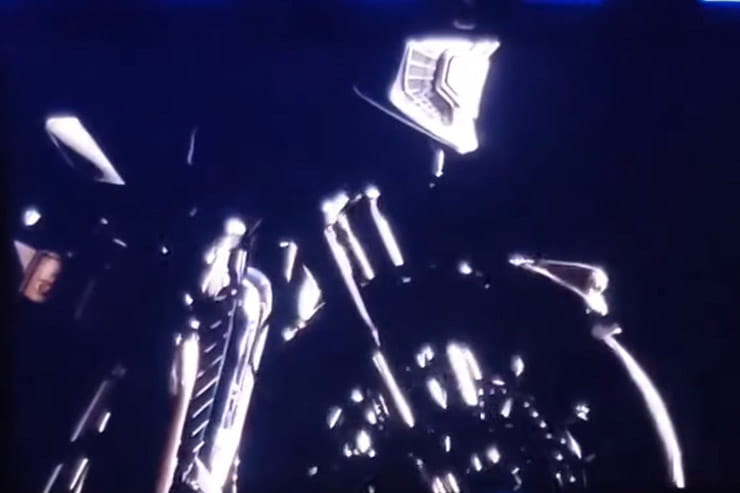 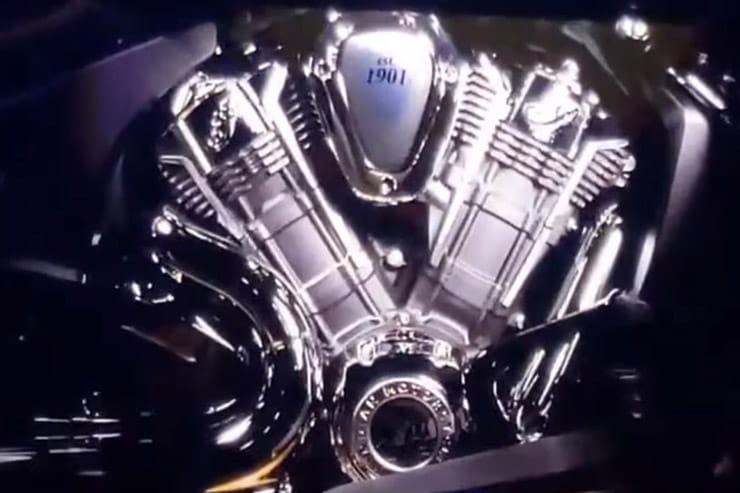 Indian has long been known to have a new water-cooled V-twin touring bike under development and now it looks like the wait for the official unveiling is nearly over.

The images you see here are grabs from a video published on Facebook after dealers were given a sneak preview of the bike in advance of its official launch. That launch is widely expected to be planned for the massive Sturgis motorcycle rally, which runs from August 2-11.

We’ve already been able to tell you quite a lot about the new Indian. First the firm filed patents for the DOHC, water-cooled V-twin engine, and later an image of the entire bike emerged via a leaked planning document. That documents also confirmed details including the new engine’s 1770cc capacity (108 cu in), and revealed that it will produce 120hp.

The dealer preview does give us a bit more information, including a surprise when it comes to the bike’s name.

It turns out that the new tourer will be sold as the Indian Challenger. That’s a name we’ve heard before – the firm trademarked it in April – but not the title that was previously attached to the water-cooled tourer. In Indian’s earlier planning document it was referred to as the Raptor.

The entire 1770cc water-cooled project has operated under the codename ‘Legend’, but the engine itself will be called the PowerPlus 108, reviving a name that was originally used by the firm back in 1916. Back in 2002, in Indian’s previous revival before its current, Polaris-owned iteration, the PowerPlus name was reused as the title for Indian’s 100 cu-in V-twin engine, later replaced by the Thunder Stroke that’s used in the existing air-cooled range.

So what’s happened to the plan to call the new bike ‘Raptor’? That name has already been trademarked, along with several others including Challenger and Renegade, and it’s still quite possible that it will appear on a version of the new bike. You only have to look at Indian’s existing range to see that the same basic building blocks form the basis of several model lines – the Springfield, Chieftain, Chief and Roadmaster are all mix-and-match creations using the existing air-cooled Thunder Stroke V-twin, so there’s no reason to believe the firm won’t play the same card with the new PowerPlus 108 engine.

The existing cruiser and tourer range is also expected to remain on sale alongside the new water-cooled bikes. Back in May the firm filed patents that show its plan to add variable valve timing to the air-cooled, pushrod Thunder Stroke engine, showing that traditionalists need not fear that the classic engine design is going to disappear from showrooms.