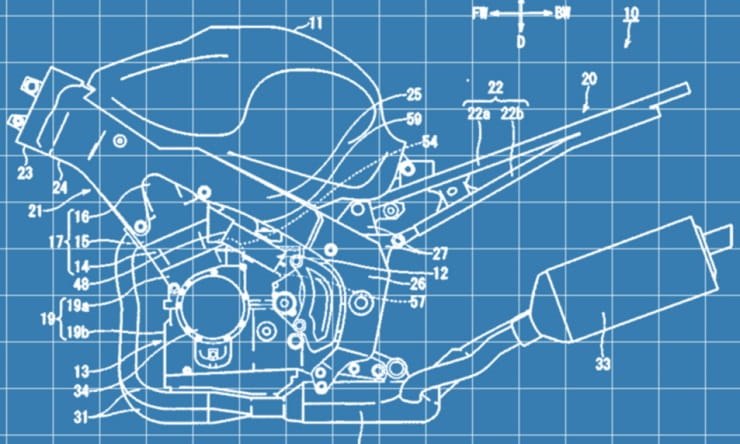 Suzuki fans haven’t had a lot to celebrate in terms of new models over the last few years and simultaneously we’ve seen classic names like Bandit, GSX-R750, GSX-R600 and Hayabusa disappear from the market as emissions regulations bite.

But take heart, as at least one of those machines – the Hayabusa – is set to make a comeback as part of the firm’s 2021 range with wide-ranging improvements to boost its abilities and to bring it into compliance with the latest Euro 5 type-approval legislation. We’ve spoken about the new ’Busa before, here and here, but the flow of information about the machine is starting to ramp up as its design phase comes to an end and the firm begins to prep for production.

Suzuki’s decision to ditch the Busa from the European market at the end of 2018 was directly connected to emissions rules. The ‘Euro 4’ limits had officially come into force on the 1st January 2017 but the firm was allowed two additional years to sell remaining Euro 3-complient bikes. On 1 January 2019, though, that period of grace ended and with no Euro 4 version of the Busa ready to sell, the bike was withdrawn.

By then, though, it wasn’t worth making a Euro 4 version; Euro 5 was already scheduled to come into force for new models in 2020, and for existing bikes in 2021. So rather than building a stopgap bike, Suzuki opted to step back, regroup and bring a fully Euro 5-ready, 2021 Suzuki Hayabusa.

And in case you’re wondering, yes, Euro 5 emissions limits will still apply in the UK after Brexit… 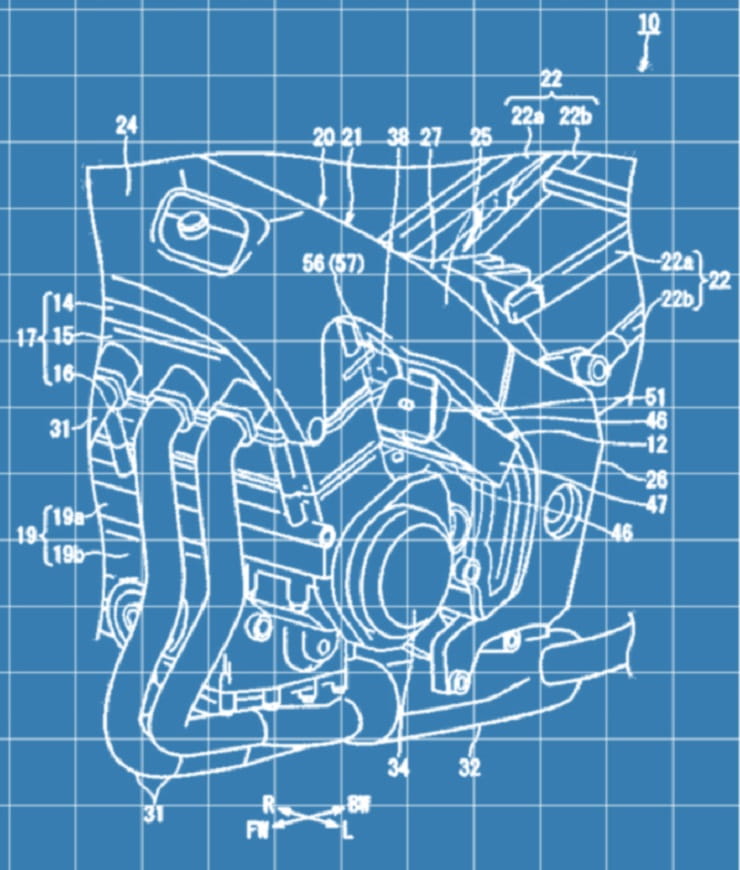 The latest information on the new machine comes in the form of two patent applications that were published by the Japanese patent office last week.

Both are fairly mundane, but in some ways that makes them all the more significant; manufacturers often patent wild ideas with no real intent to put them into production, but when it comes to small, relatively boring innovations like the ones seen here, they’re almost inevitably directly connected to real production machines.

The first of the patents relates to the mounting of a carbon canister, which is part of the evaporative emissions control system and absorbs petrol fumes from the fuel tank rather than allowing them into the atmosphere. It’s exactly the sort of thing that’s needed for Euro 5 certification, and which is missing from the old Hayabusa. In this case the patent relates to the way the canister is mounted on the side of the frame and cooled by airflow running past the bike.

The second design is for the engine’s oil sump, which is redesigned to help stop the oil from sloshing around inside.

Those innovations might not be exciting in themselves, but the patents also show other elements of the bike, confirming our belief that the next-gen Busa will feature a completely new chassis wrapped around a revamped version of the existing engine. 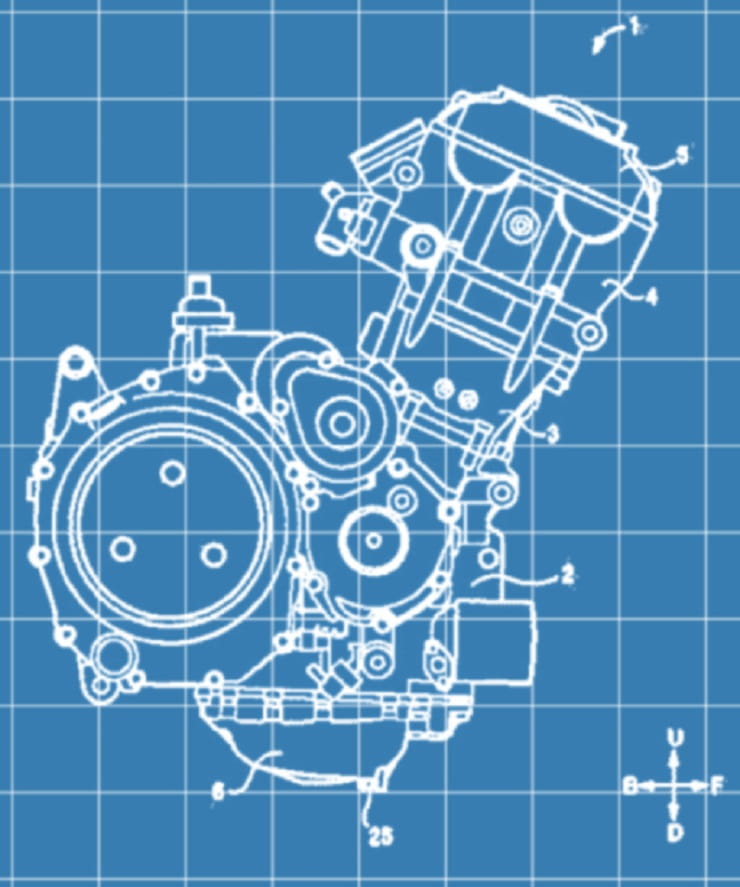 Reliable Japanese sources have previously suggested that the 2021 Busa’s engine will gain around 100cc compared to the last version, taking it to around 1440cc. That falls directly into line with the sort of updates we’ve seen other manufacturers make in creating Euro 5-legal machines – the BMW F900R, for instance, or the Triumph Tiger 900, which have both replaced 800cc predecessors.

As such, the additional capacity is more likely to offset power losses caused by emissions compliance than to actually increase the bike’s absolute peak. Instead it’s likely to allow Suzuki to use less valve overlap and ‘softer’ cam profiles, boosting mid-range performance and torque while reducing emissions, without an embarrassing reduction in the absolute maximum power. With something in the region of 200hp allied to the sort of roll-on torque that 1000cc superbikes can only dream of, it’s unlikely to disappoint on the performance front. 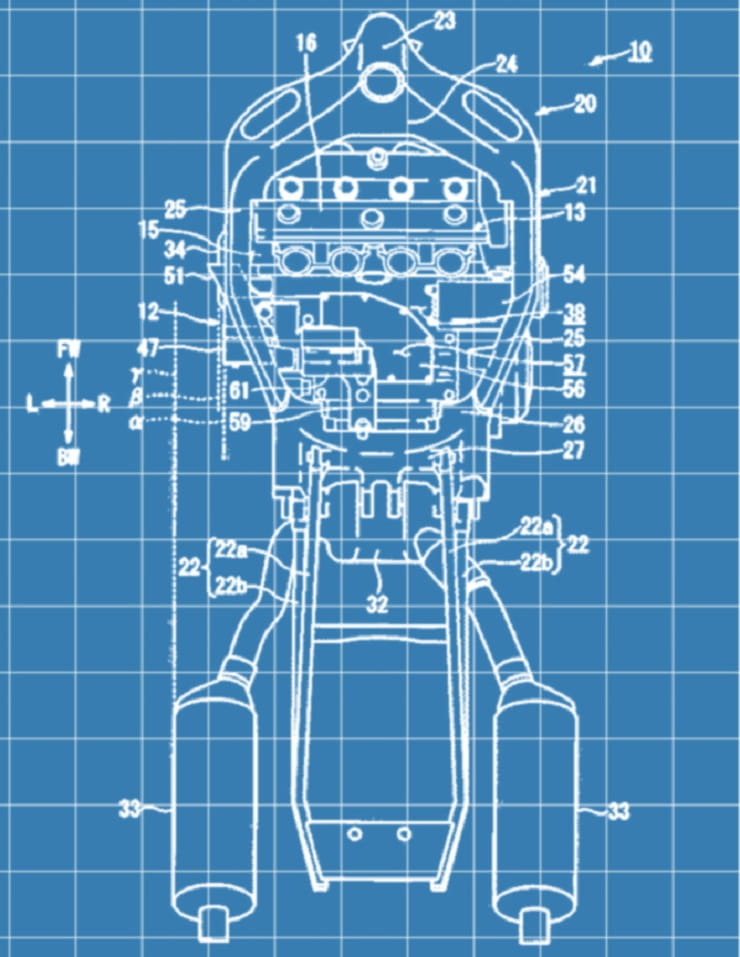 The engine shares the same general design as before and all the bolt holes for the engine mounts and covers match the previous 1340cc unit perfectly; a strong indication that this is an update rather than an ‘all-new’ design.

The same can’t be said of the frame, though. As seen in earlier patents it’s a much lighter-looking design than the old Hayabusa, more in line with superbikes like the GSX-R1000. Any weight loss is sure to be welcomed, although the Hayabusa is still going to be significantly larger than the latest batch of 1000cc superbikes, making for a roomier riding position and greater scope for luggage and passengers.

When it comes to styling, the patents don’t give many clues. In the past it’s been suggested that the next-gen Busa will resemble the ‘Concept GSX’ sculpture that Suzuki showed back in 2015, but that design will be half-a-decade old by the time the new bike makes its official debut, so it’s likely to have evolved significantly to reflect changing tastes and technology.

What the patents do show is that the key element of two big exhaust silencers, one on each side, is set to stay. It’s a design cue that’s been consistent throughout the Hayabusa’s life and one that the latest emissions rules actually play to; there’s no pressure on the bike’s designers to try to hide the exhausts or to somehow squeeze extra catalysts and silencing into a restricted space.

We’ve still got nearly a year to wait until the 2021 Busa is officially unveiled, probably in November 2020, and no doubt this is a story that’s likely to raise its head again over the coming months as more information about the bike emerges.