Another patent for Suzuki’s next-gen Hayabusa 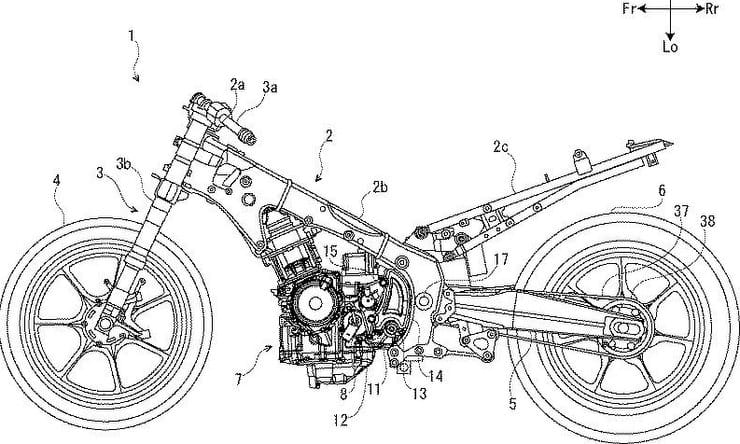 We’ve been hearing rumours of a new Suzuki Hayabusa since long before the old model was removed from sale last year and the latest patent activity from the firm’s R&D department suggests that just such a bike is under development.

We last heard a snippet about the next-gen Hayabusa back in January, when Suzuki filed patent applications for an emissions-friendly exhaust system attached to a heavily-revised version of the existing Busa engine. Now another patent – again revolving around a mundane component (in this case a gear position sensor) – is adding to the growing dossier of evidence pointing towards the bike’s impending launch.

The new patent, first published on 22nd August 2019 in Japan and originally filed with the patent office in February 2018, shows the same alloy beam frame that we saw in the last Suzuki patent filing. More modern and lighter-looking than the existing Hayabusa chassis, it would be a welcome step forwards. The engine is again clearly recognisable as a development of the Hayabusa’s 1340cc four cylinder – Japanese sources say it will be larger than that, though – sharing the same bottom end but featuring revised cylinders and a new head. 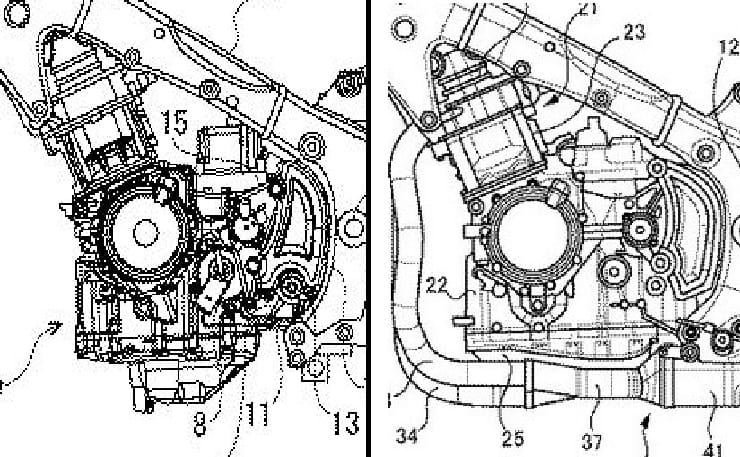 Interestingly, the previous patent filing showed the new engine fitted with an electronically-controlled semi-automatic transmission, but the new document reveals a slightly different version with a conventional manual gearbox. The document makes reference to a hand-operated clutch and foot-operated gear lever, and if you look at the comparison above, the new patent (above left) features a visible gear lever spindle (13). January’s semi-automatic patent (above right) has a cover over that area and a mass of additional kit – electronics and hydraulics for the transmission – in the area above the gearbox.

The implication is that when the next-gen Hayabusa is officially launched, there will be two derivatives – one with a conventional gearbox, the other with a semi-auto.

Will that launch be later this year? We’re not convinced; the Busa is more likely to appear as a 2021 model.