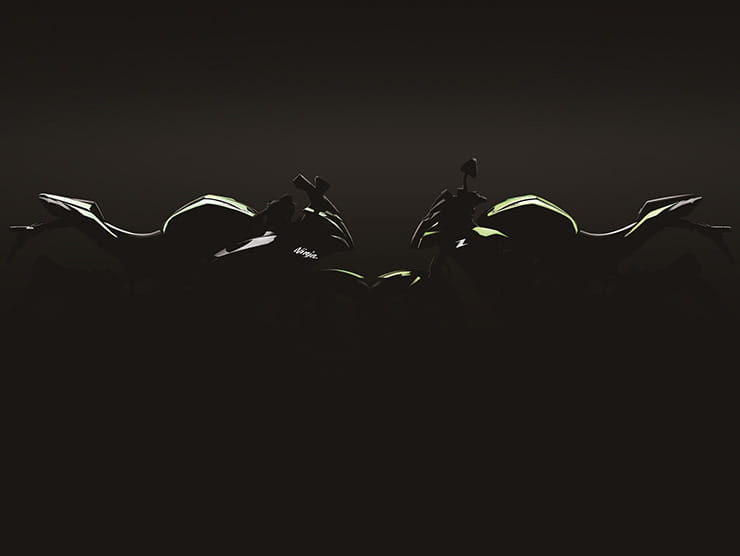 Back at last November’s EICMA show in Milan Kawasaki announced that two new 125cc models – the Ninja 125 and Z125 – would be revealed towards the end of 2018. As that time gets nearer we’ve now managed to uncover the exact specifications of both new machines.

The two 125s are part of a key expansion plan for Kawasaki. At the moment, the firm is alone among the Japanese ‘big four’ as it doesn’t offer any learner-legal motorcycles. At the moment, the only L-plate option in the firm’s range is the J125 scooter, itself a rebranded Kymco.

Making the EICMA announcement, Kazuo Ota, President of Kawsaki’s Motorcycle and Engine division, said: “These two new models – and others under development – share unique Kawasaki styling, engineering and riding qualities that only we can deliver. Brand affinity is something we strive for. Riding their first ever kilometres on a Kawasaki is a vision we have for people taking to two wheels now and in future. Motorcycles that can either be the only machine that some riders will ever require or act as a stepping stone to a larger capacity Kawasaki – we are confident our plans address both needs.”

Morihiro Ikoma, Director of Kawasaki Motors Europe, added: “Our research and development team based at our European headquarters combine dealer feedback and the results of customer focus group events. One consistent request was for more entry level machines and particularly in the 125cc or A1 licence segment. We applaud the decision to develop machines as part of the popular Z and Ninja ranges as this exactly reflects the desire and aspirations of our enthusiastic European customer base.” 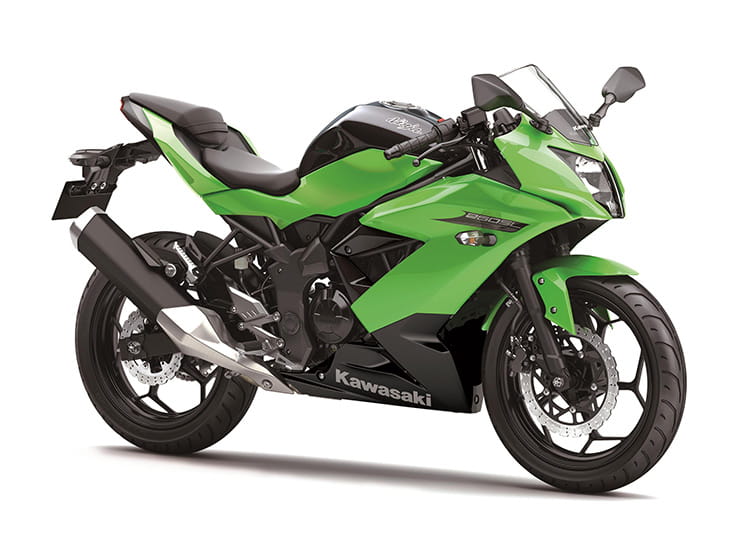 Last year, when the bikes were announced, Kawasaki revealed just one picture – a darkened teaser image of a faired sports bike and a naked model. As we pointed out at the time, the silhouettes appeared to be those of the existing Ninja 250SL and Z250SL single-cylinder models.

We questioned whether Kawasaki was simply using those bikes’ outlines as a placeholder, or whether the real Ninja 125 and Z125 would share components and styling with the 250cc singles.  While Kawasaki hasn’t made an official announcement, we’ve managed to catch sight of genuine specifications details for both the Ninja 125 and Z125, and the truth is that the new 125cc Kawasakis will be heavily based on the current 250cc singles.

The closeness of the relationship between the Ninja 250SL/Z250SL models and the new Ninja 125/Z125 range is illustrated by the new 125cc bikes’ dimensions.

When it comes to that other key metric, weight, the Ninja 125 tips the scales at 148kg, while the Z125 is 146kg. Both are ‘wet’ figures including a tank of fuel, and both are exactly 4kg less than their 250cc equivalents.

There can be only one logical conclusion from all these figures: the new Ninja 125 and Z125 are, as last year’s teaser picture suggested, quite simply sleeved-down versions of the current Ninja 250SL and Z250SL models. 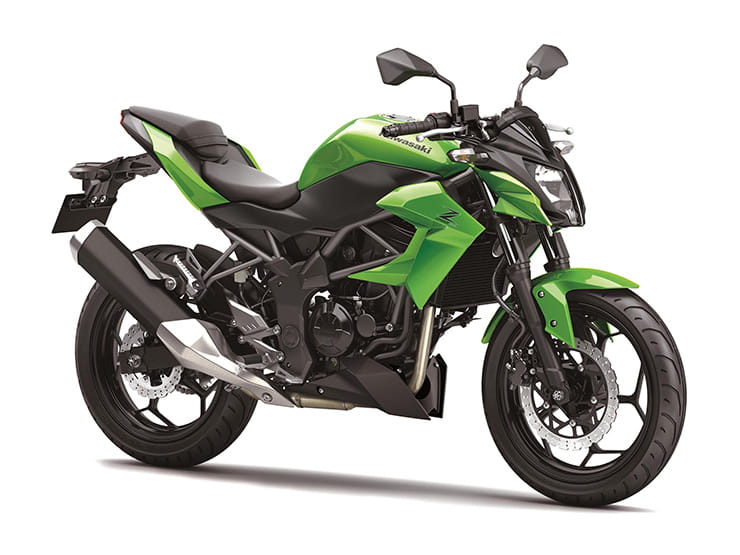 Of course, the new 125cc bikes differ from the 250cc machines when it comes to their engines. Both share an identical single, exactly 125cc in capacity and hitting the 11kW (15PS/14.7hp) maximum power limit for learner-legal bikes at 10,000rpm.

In comparison, the Z250SL and Ninja 250SL use a 249cc single making 20.6kW (28PS/27.6hp) at 9700rpm. Whether Kawasaki has simply sleeved-down and de-stroked the existing single to hit 125cc or developed a completely new engine remains unknown, but our money is on the former.

So, how will the Ninja 125 and Z125 stack up against the competition? It’s likely to be a close-run thing given that most bikes in the 125cc segment make the same amount of power, but it’s notable that the Kawasakis are heavier than their closest rivals – a result of being based on larger-capacity 250cc machines.

The official photos, specs and prices of the new Kawasaki 125s are expected to be announced within the next couple of months.