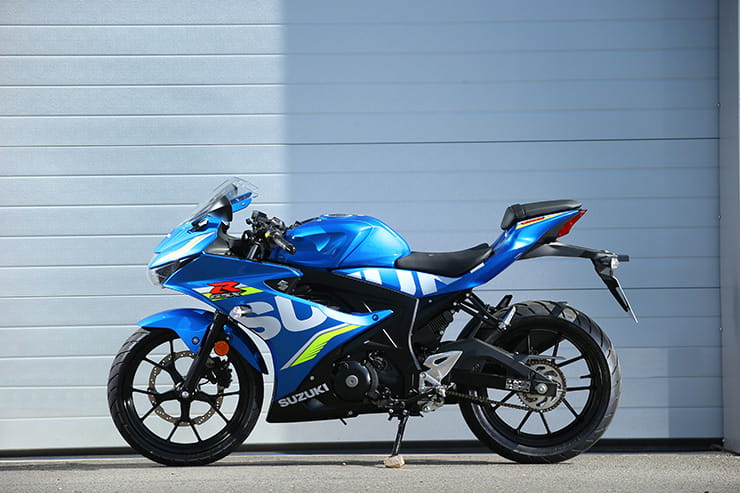 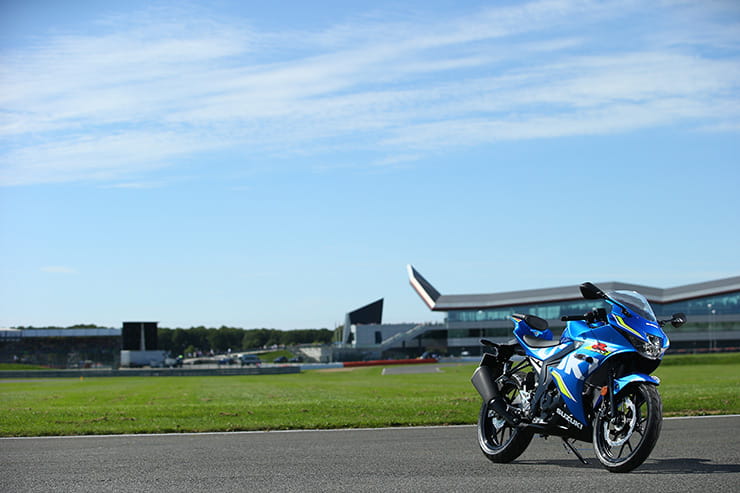 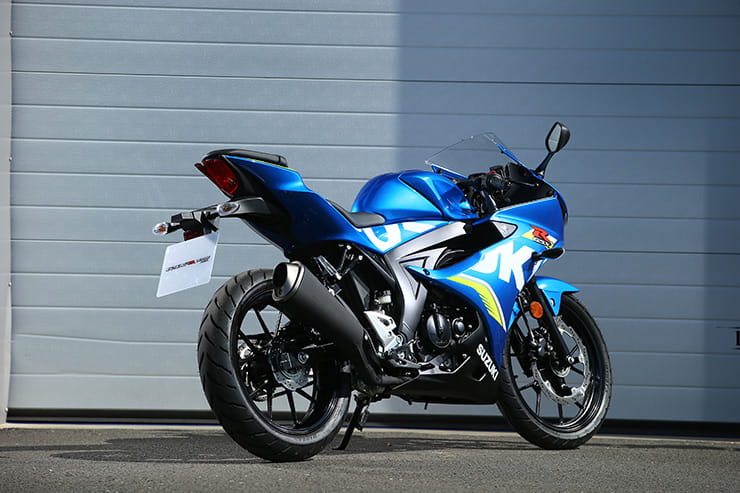 Even if you have a full motorcycle licence, the arrival on the scene of a new race rep 125 should bring a smile to your face. If teenagers are inspired by these mini-sportsbikes to take to two wheels, then hopefully that secures the future of their bigger, and considerably faster, brethren. And that’s a very good thing indeed. So in this context, the launch of the long-awaited Suzuki GSX-R125 is a little ray of sunshine. 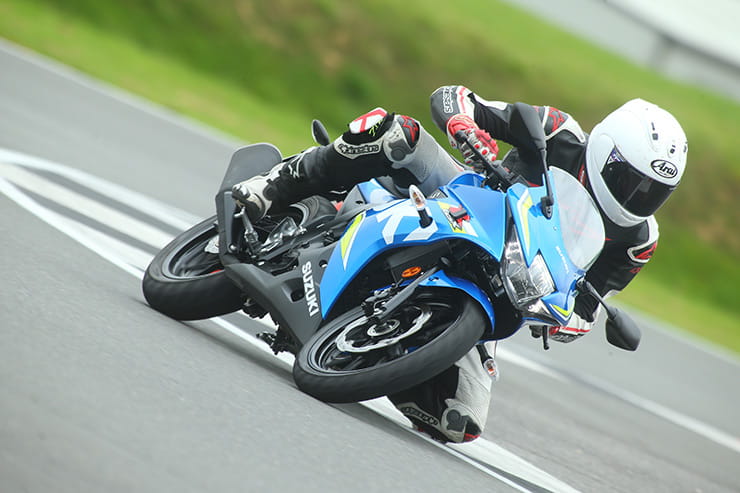 However while it is good news for young riders, there is no denying the latest machine to carry that famous GSX-R logo isn’t going to have it all its own way. 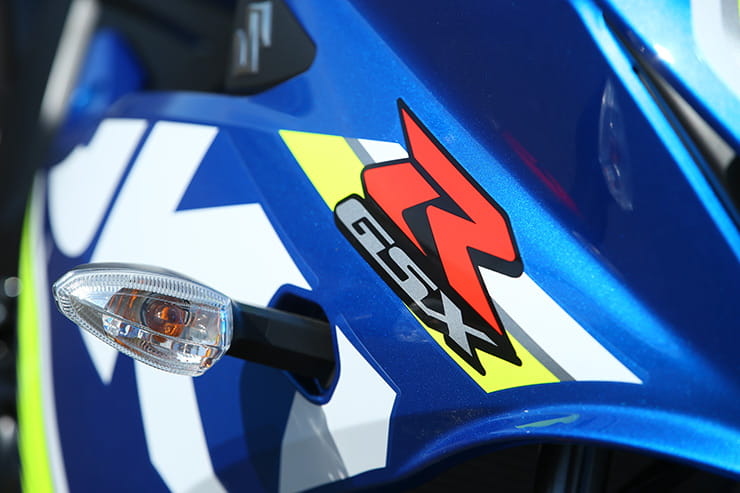 For a start there is the obvious GSX-R connection, which will help it sell to fans of the brand or their off-spring. The 125 also gets the option of the same MotoGP-inspired paint scheme as the GSX-R1000, which costs an extra £100 but is very cool. The fairing is claimed to be extensively wind tunnel tested for aerodynamics and the front light has stacked LED lights, which is a GSX-R trait. The digital dash gets the usual gear indicator and fuel gauge, which is good, and as you would expect on a Euro4-complaint bike ABS is standard. So far so good, but Suzuki are also making quite a bold claim for the GSX-R and that’s where it gets interesting. 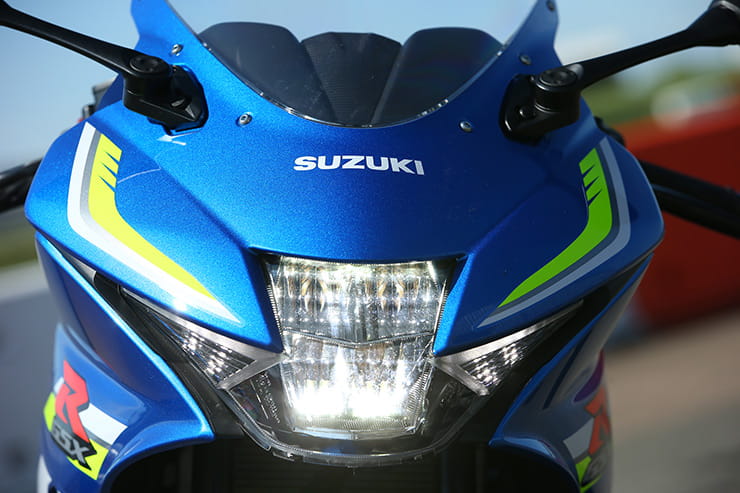 Like all 125s the GSX-R125 is limited to a learner-legal 15bhp, however Suzuki claim that at 134kg their bike has the best power-to-weight ratio and acceleration of any 125. To be brutally honest, that’s like claiming you are the tallest dwarf in the village, but it all counts. How have they achieved this goal?

The GSX-R is powered by a brand new 124.4cc engine that has a massive 62mm bore, helping Suzuki fit four large valves (intake are 24mm while the exhausts are 21mm) inside its double overhead camshaft head. Compared to the YZF-R125, the GSX-R125 is actually 10mm larger in its bore, which is quite a lot on a 125 and Suzuki claims this allows them to optimise power, performance and fuel economy. While power is capped on a 125cc bike, you have to say they may be onto something here as they are claiming 122mpg on the GSX-R, which is about 20mpg more than its rivals’ claim. Although it has to be said, the torque figures are lower. To make it even more new-rider friendly, this motor is fitted with Suzuki’s Easy Start System, which basically means you only need to prod the starter once and not hold it down, and a key-less ignition system, which is a nice touch. And the work doesn’t stop there… 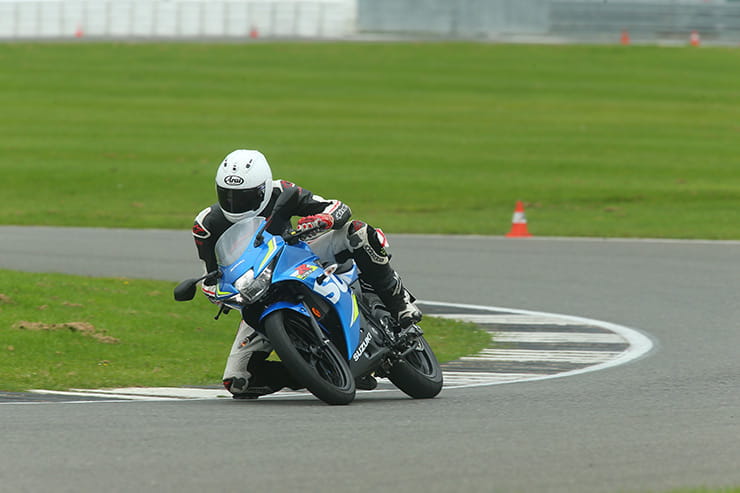 As well as a new engine, the GSX-R125 gets a whole new chassis with weight loss at its core. The aluminium twin spar chassis is mated to aluminium wheels with petal discs and the even the ABS system only weighs 0.59kg, helping the whole bike tip the scales at just 134kg wet. Again, looking at its rivals’ specs, the Yamaha is 142kg wet, the Honda 137kg wet and the Aprilia 134kg dry as being Italian they always like to quote the best possible scenario! So on paper Suzuki have really gone to town on the GSX-R125, but does it live up to its hype in the flesh? 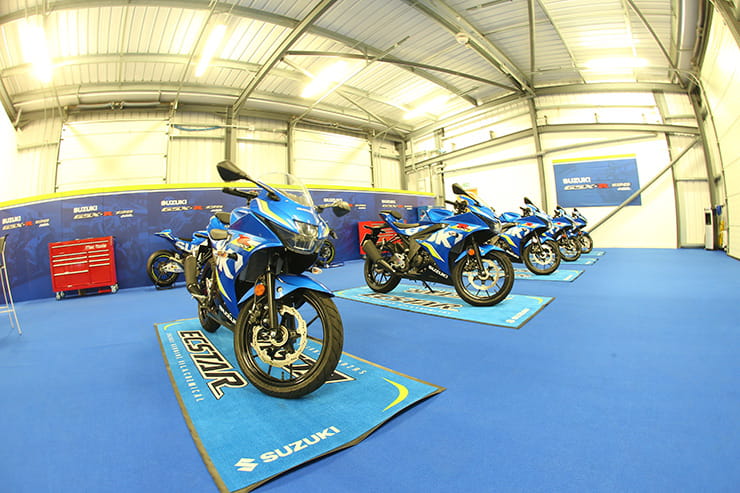 Judging a 125 is always hard as they are all power restricted single cylinder four-strokes and therefore there is little to split them in terms of pure performance. That said, the GSX-R’s single is really smooth and as well as sounding a little bit deeper than other 125s, I do like the way it delivers its power. The rev range, which extends to 13,000rpm, has a really smooth and linear power increase that makes you feel as if the torque curve is also nicely flat. It’s not fast, a 15bhp 125 will never be, but it is relatively vibe free and I like the way the rev limiter is soft when it chimes in, gently curbing the revs rather than making you feel like you have hit a brick wall. The gearbox and clutch are perfectly acceptable and all in all there isn’t much to moan about. Is it that much better than its rivals and can you notice the bigger bore? I’m not convinced, but even on track it was averaging over 70mpg while being thrashed to death so that is justification alone for the new design of motor. However what is very apparent are Suzuki’s efforts when it comes to the chassis.

I’m in the six-foot two area and even my tall frame folded into the GSX-R’s seat with little discomfort. It’s a roomy riding position and there is more than enough space for your knees to slot into the tank’s recesses. On the move the mirrors, which if you are really geeky you will have spotted are identical to the GSX-R1000’s mirrors, are vibe-free and show a good view of the road behind. But it is in the bends that the GSX-R125 really shone. 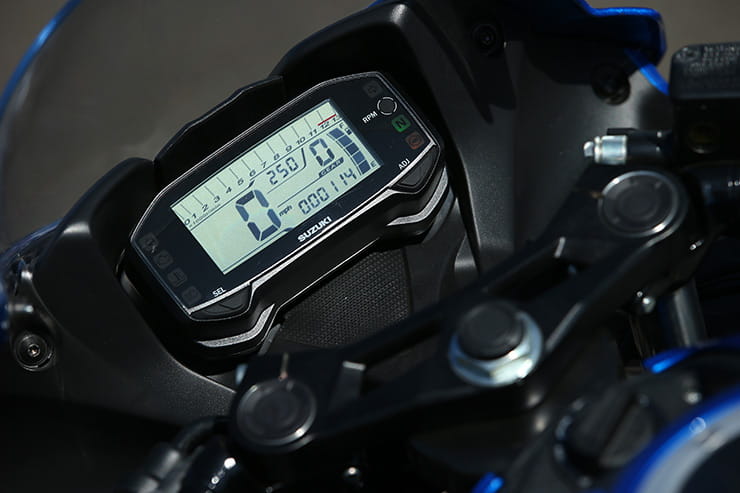 Weighing just 134kg the Suzuki feels light to turn, especially at the front end. It drops nicely into bends and turns with a high level of agility. Knee down? Yep, not a problem and even the OE Dunlop D102 tyres are grippy, unlike some of the hideous items you get on other brands of 125. The suspension is also impressively compliant and lacking the usual cheap 125 bouncy feeling, which is so apparent on some rival’s shocks. When it comes to braking the GSX-R may lack a radial caliper, but the two-piston sliding caliper is more than up to the job, although I found you need to use four fingers on the lever rather than two otherwise the lever’s movement traps your remaining fingers to the bar, which was annoying. However that’s a small gripe and training schools always say you should brake with four fingers anyway… I did have a stab at activating the ABS, which required a really brutal grabbing of the front lever, and when it did intervene it did so with a smooth action rather than an annoying judder, which was also good. So where does all this leave the GSX-R125 in the grand scheme of things? 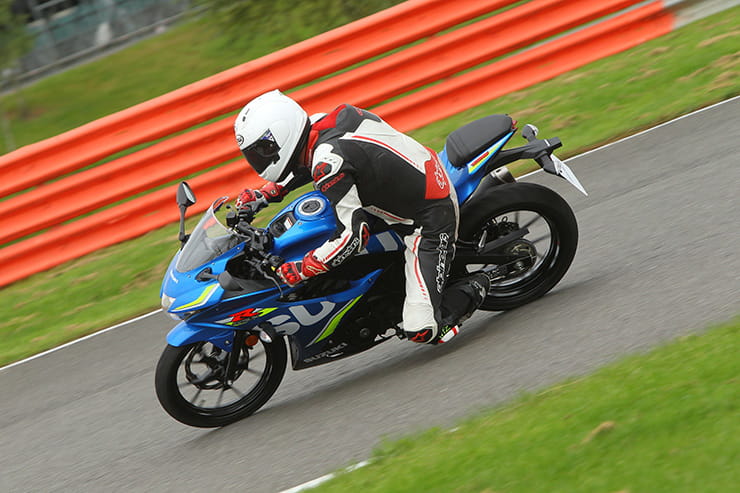 If your budget demands a cheap Chinese bike, then that’s what you will buy and in reality the GSX-R is up against the likes of the Aprilia, Yamaha and KTM. It is cheaper, which is good (a £300 saving over the KTM, £600 on the Yamaha and £700 on the Aprilia) but it does lack radial brakes and inverted forks. Will this worry younger riders? I suspect not. What may annoy them, however, is the Suzuki’s lack of connectivity as the Aprilia can be linked to a smartphone and I reckon this is the one area Suzuki have missed a trick, although I like the fact their dash has an oil change reminder! And while I’m thinking about it, a quickshifter as an accessory would also be good. But when you take into account the dealer network, it is a lot easier to find a Suzuki than a KTM or Aprilia dealer and that will certainly benefit the GSX-R125’s sales. Which leaves the Yamaha YZF-R125. For my money the Yamaha’s suspension isn’t as good as the Suzuki’s and it is a lot more money, so in terms of selling points, Suzuki appears to have hit the mark. It’s just a shame it won’t be arriving in the UK until October – there again, we have been waiting for it since about 2005 so a few extra months aren’t too much of a hardship! 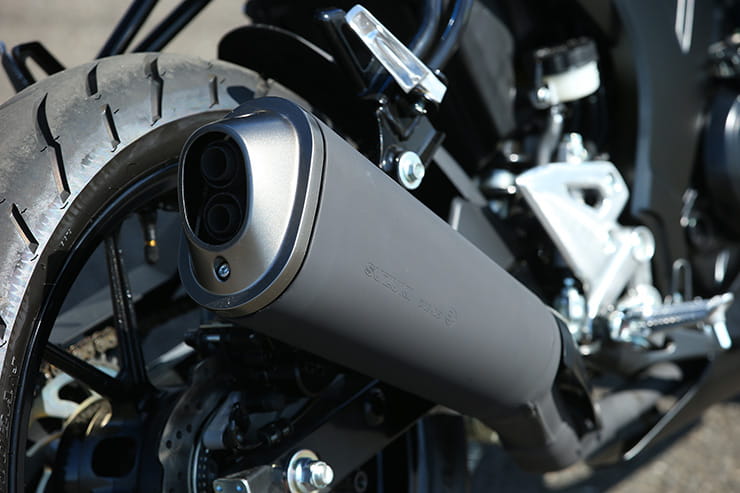 Suzuki have developed a range of accessories for the GSX-R125 that include a pillion seat cover, taller screen, tank pad, wheel rim tape, tank bag and decals. All should be on sale when the bike arrives in the UK in October.