When I was in my teens my dad said, “job satisfaction is worth a lot of money”. So even though motorcycle journalism will never afford me the trinkets and toys that materialistic rappers talk about with their diamond this and G4 that, my day job offers an array of opportunities to test some fine modern day machinery mixed with those of historical significance. Believe me when I say I know how lucky I am.

From a peach of year of motorcycle manufacturing madness that was 2018, what are the gems that I’ve been fortunate to swing a leg over?

As a sports bike fan, I make no apologies for my rather BHP-laden and track-focused choices. In no particular order: 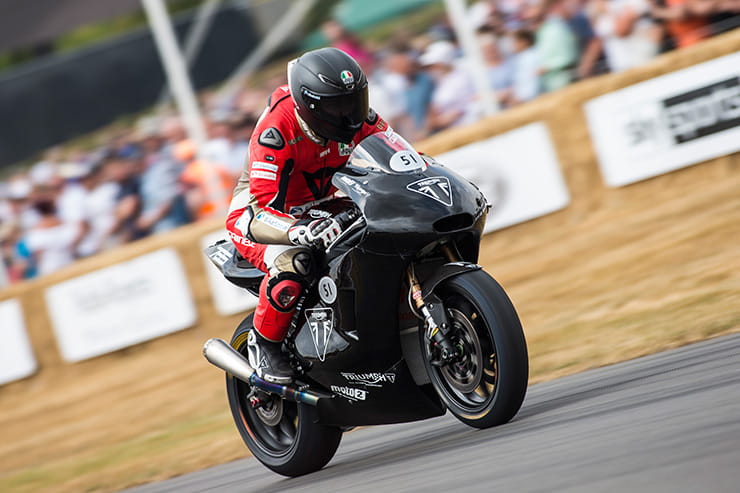 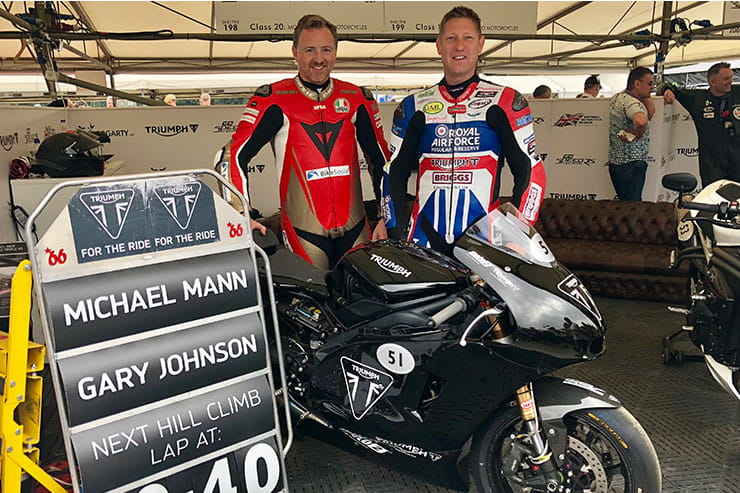 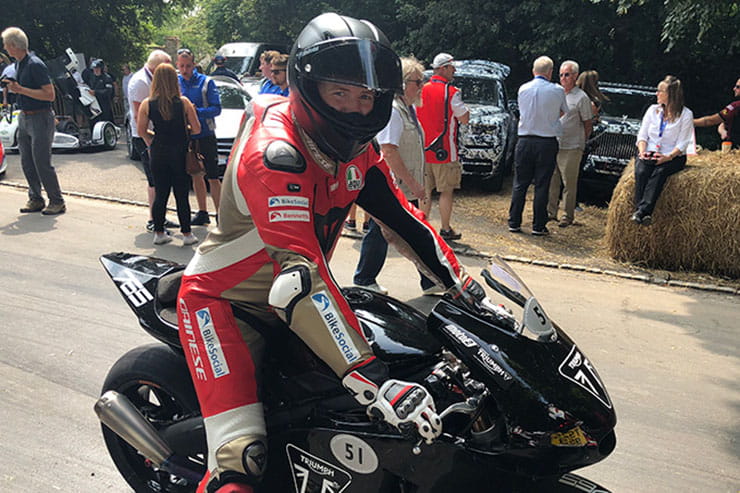 Without doubt this was my riding moment of 2018. Being the first UK journalist to ride the 765cc Moto2 test mule on British soil and to top that off, it was at the Goodwood Festival of Speed. Sharing the bike with top class racers, Carl Fogarty and Gary Johnson, I was the last man up the hill on the Friday morning and did the best I could to keep any nerves under control. Thousands lined the short run up the famous hill while the cameras were broadcasting to the live internet audience and social media feed, oh and I was on cold and brand new slicks. Yet it was still the stuff of dreams, all over too quickly and a shame I couldn’t give it the full berries but man, what a memory! 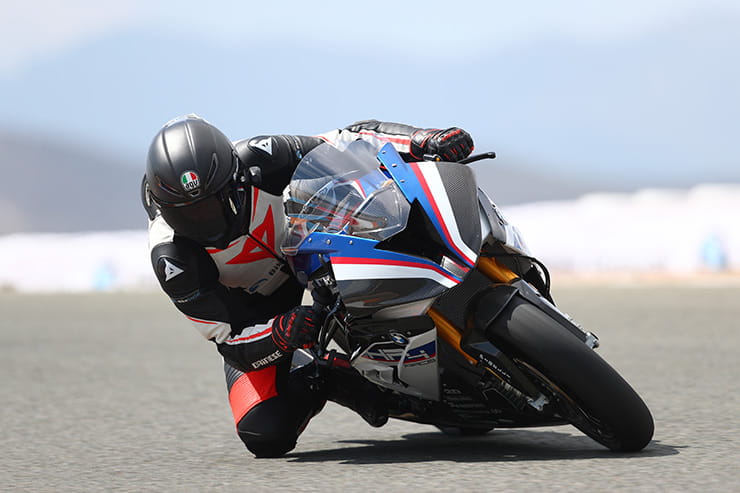 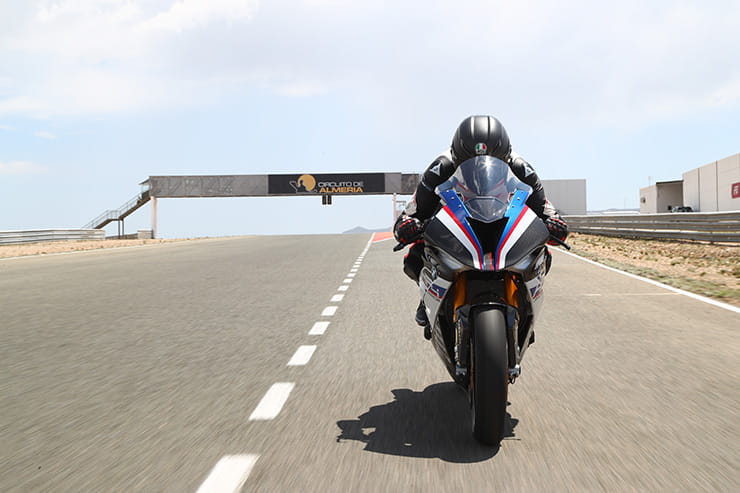 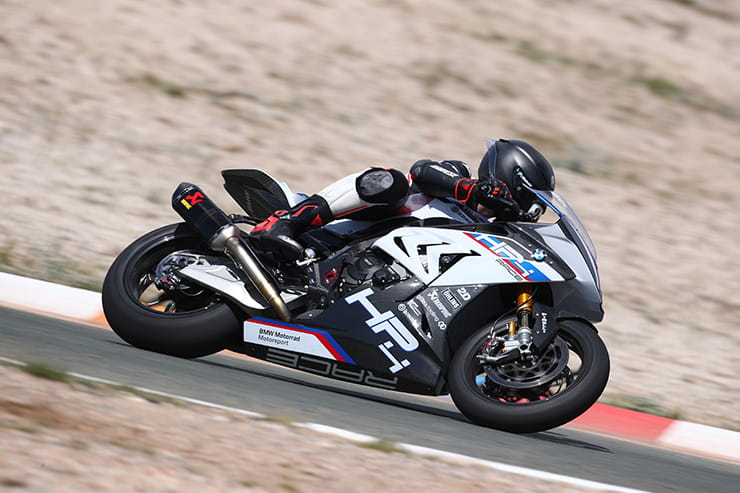 Another gem of a track bike. Despite having a £68k price tag, I still struggle to understand how BMW make any money on the magnificent HP4 RACE. It’s essentially a World Superbike with all the pace, poise, precision, power and desirable quality that you’d expect from a carbon-framed dream machine with a sublime power-to-weight ratio. After a dozen laps of Almeria, I was in love. Frankly, even before I’d sat on it, I was in love.

With so much adjustability to the riding position, power, traction, levers and so on, you’d need plenty of track days to find your most suitable set-up. However, wheel one of these out of your transit van and fellow riders will expect you to be whipping everyone in the fast group. 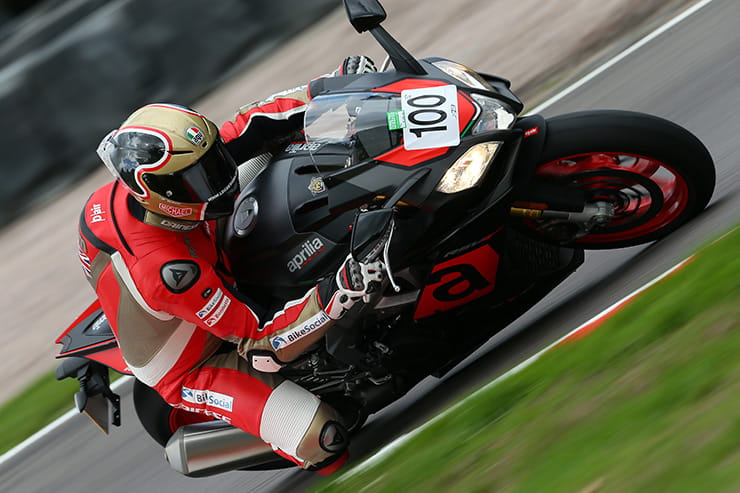 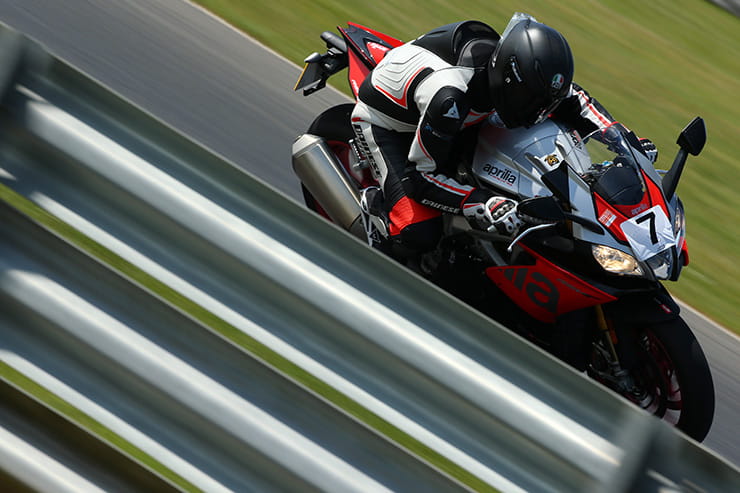 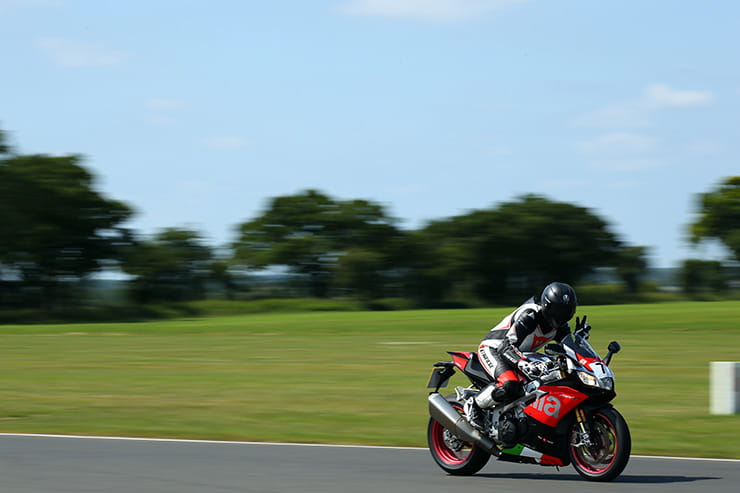 This time it’s a road-legal, track-focused, licence-threatener. And boy does it love being on track. Aprilia have two versions; the slightly higher-spec RF alongside the RR and unless you race professionally I suspect you’d not know the difference. They are both bonkers levels of good. The noise of the V4, the reams of power and oodles of torque, all managed in a masterful manner by some clever Italian electronic wizardry. Brand new, a 2018 RR is under £13k. Seriously. 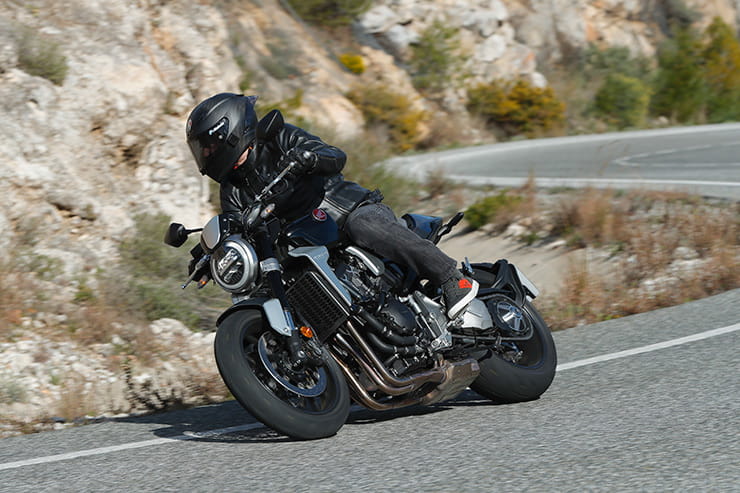 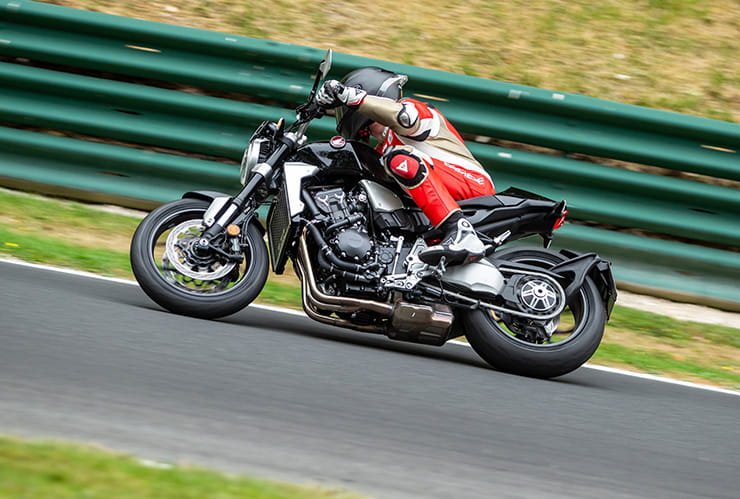 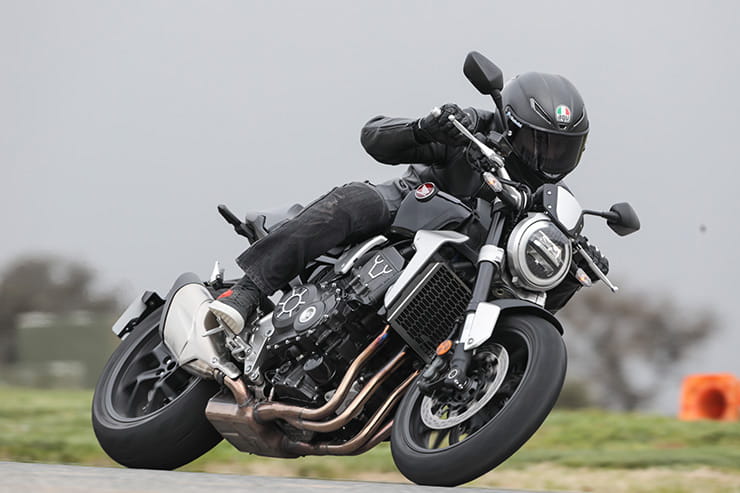 At the launch of Honda’s latest litre street machine back in March, I was so impressed with the mix of low down power and agility plus a likability to its ride quality. It may not have the lunacy of an MT-10 for example, but its own in-line four still has a trunk load of character and a personality that I've really enjoyed. I’ve ridden one regularly since the summer and relish every moment on it. Added Rizoma mirrors, an Akrapovic silencer (courtesy of Performance Parts) and Michelin Power RS rubber (rather than S21’s or Sportmax’s that are both OE) has improved styling, noise and grip but frankly the standard CB1000R+ is an accomplished machine and I shall miss it when it goes back to Honda. 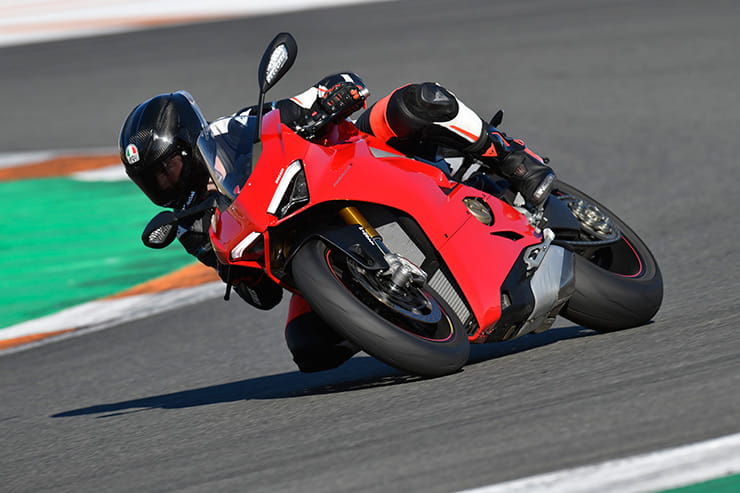 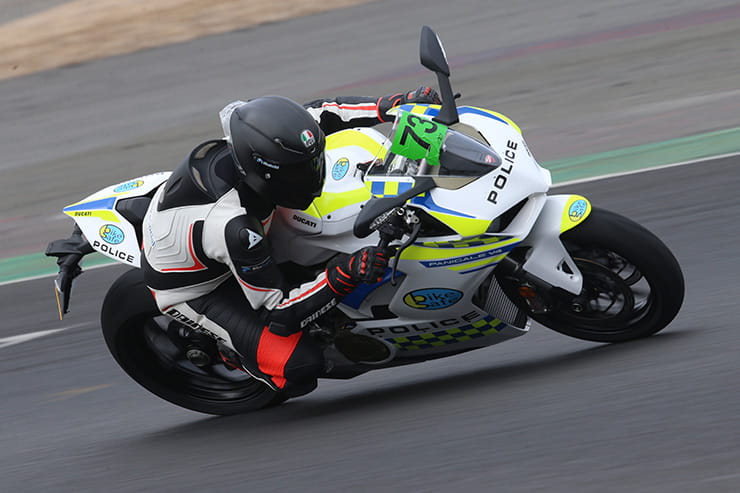 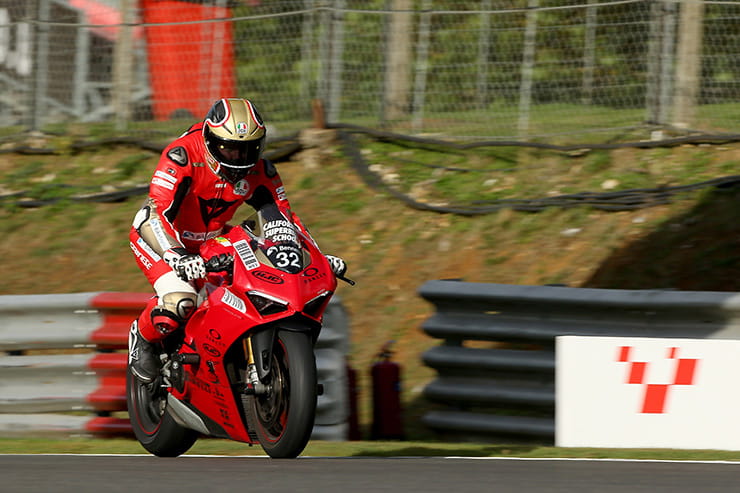 Potentially the most anticipated bike this time 12 months ago. A V4 powerplant represented a massive change for Ducati’s sports bikes and it turned out to smash expectations. Having ridden the S model at the launch in Valencia last January and again on a Pirelli tyre test at Kyalami, I’ve spent a bit of time in the UK on a BikeSafe-spec version and those at the California Superbike School, and each ride is an absolute treat.

With a massive suit of electronics, and a brand new chassis stuffed full of top-spec gear, a hat full of booming bhp’s and styling straight out of the Ducati designers’ top drawer, the V4S quickly became a firm favourite among the world’s journalists claiming many awards and plaudits. It’s breath-taking to ride. 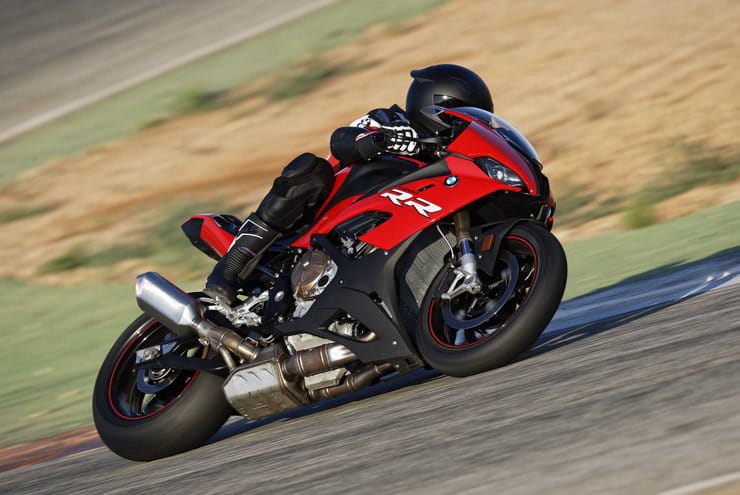 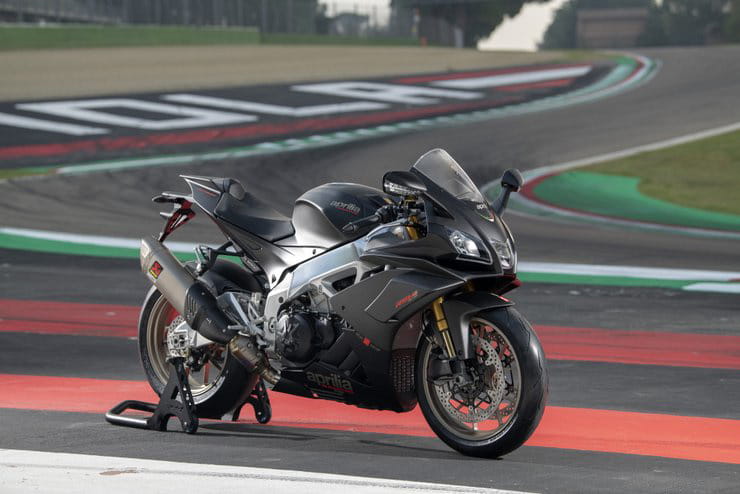 What! Just two? Hmm, well as a sports bike fan then it has to be the BMW S1000RR and Aprilia RSV4 1100. Both are replacements to machines that have dominated group test for years. Three years ago I talked about splitting hairs between the BMW, Yamaha and Kawasaki litre-sports bikes and with every year that passes, the quality of the materials to make the bikes lighter yet stronger and more agile while offering more rider aids and performance is headline stuff. And for 2019, the German and Italian marques will not disappoint, that’s a certainty.