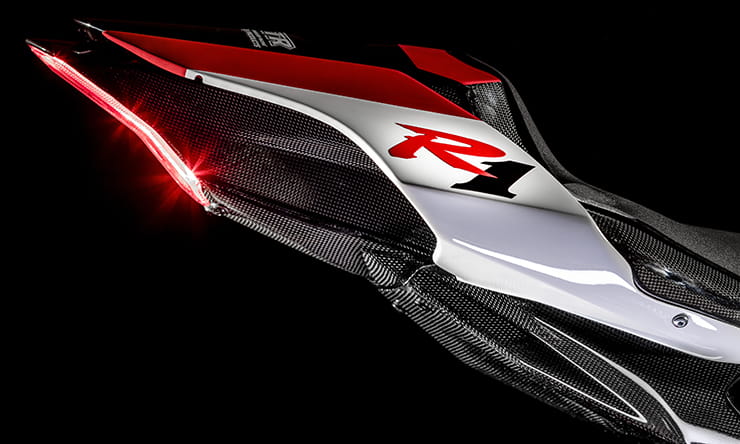 We’ve already shown you the key new models from Yamaha’s EICMA presentation but the firm didn’t stop with the Tenere 700 and Niken GT. It’s also paid tribute to the past with the new XSR700 XTribute and the exotic YZF-R1 GYTR, and peered into the future with the 3CT concept trike. 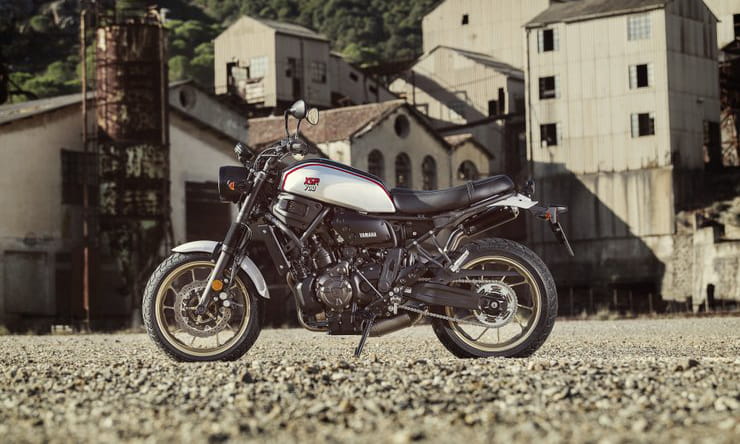 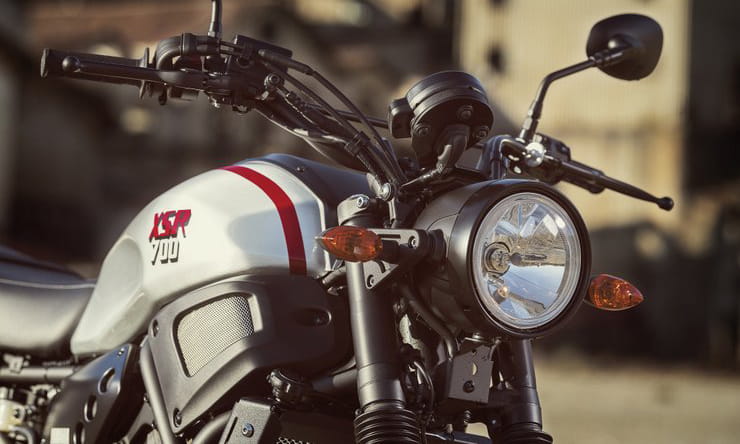 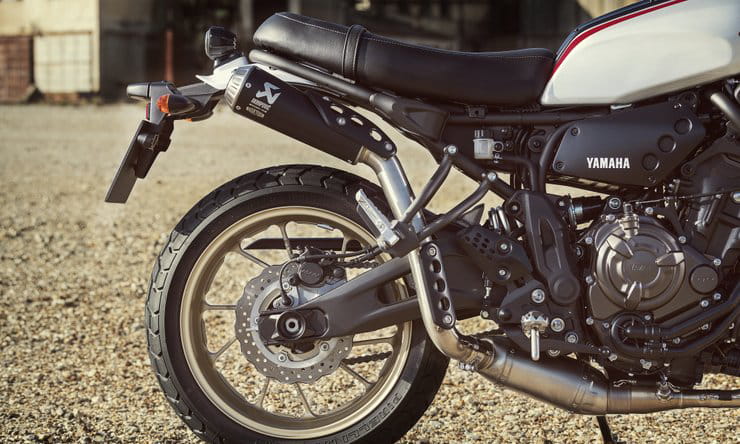 The new Tenere 700 might be Yamaha’s most important 2019 model but the XSR700 XTribute is a machine that also ticks a lot of the right boxes to prove popular next year.

Designed to pay homage to the XT500, the XTribute is based on the retro-inspired XSR700 but gains scrambler-style looks to cash in on two sections of the market that are currently experiencing a boom. Don’t expect serious off-road performance, since the suspension is stock XSR700 kit, but some block-tread Pirelli MT60RS rubber promises at least the ability to tackle the occasional dirt road.

Other tweaks include fork gaiters and a flat, scrambler-style seat, wider bars and off-road-style footpegs, along with a paint job that replicates the 1981 XT500 colour scheme.

On board, you get black instruments with a negative LCD display, while the frame guards and radiator covers are also black. An LED tail light finishes the bike off, but to complete the look you really want to add the optional high-level Akrapovic exhaust, too.

Underneath, everything is normal XSR700, but that’s no bad thing, as it means a 74bhp, 689cc parallel twin borrowed from the MT-07, along with a lightweight chassis that helps keep the whole bike down to just 191kg ready-to-ride. And with the normal XSR700 coming in at around £7000, the XTribute shouldn’t be terrifyingly expensive, either. 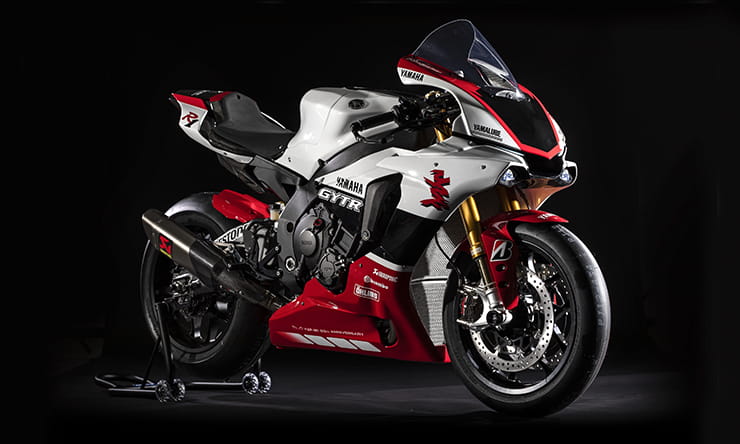 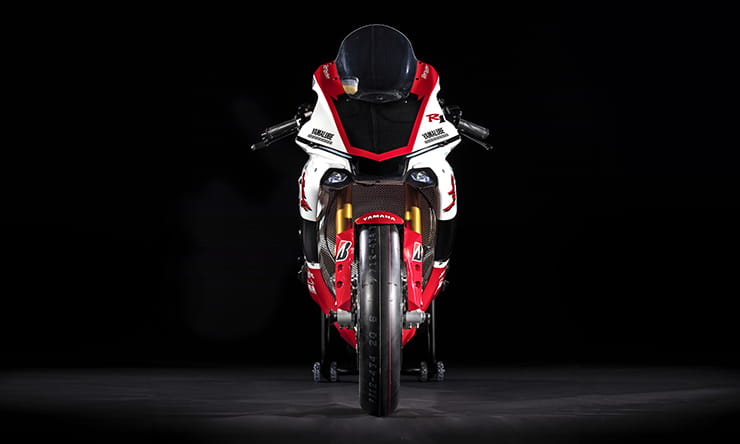 Yamaha has had a remarkable run of success in the Suzuka 8 Hours over recent years and topped off its run of wins with another victory in 2018, using a bike painted to mark the 20th anniversary of the R1.

And now it’s offering a replica of that race-winning machine for sale in the form of the YZF-R1 GYTR.

Not that you’re likely to find one at your local dealer. Only 20 of the machines are being made for the worldwide market, and like the Suzuka winner ridden by Michael van der Mark, Alex Lowes and Katsuyuki Nakasuga, they’re all purely for use on the track.

Kit on the R1 GYTR includes a racing wiring harness, ECU and throttle, plus Ohlins FGRT 219 forks and a TTX36 GP shock, a steering damper and a titanium Akrapovic Evolution 2 exhaust system. Yamaha’s own racing team will assemble each bike, complete with carbon fibre fairings in the Suzuka replica colours. They’ll also set the chassis up and break the engine in on the dyno before it’s delivered to its new owner, who will also be automatically admitted to the 2019 Yamaha Racing Experience race school.

Full specs of the bike won’t be revealed until December, when Yamaha will also announce the price. But it’s safe to suggest that if you have to ask, you probably can’t afford it. They will be an online buying process before bikes are delivered to their new owners’ local dealers. 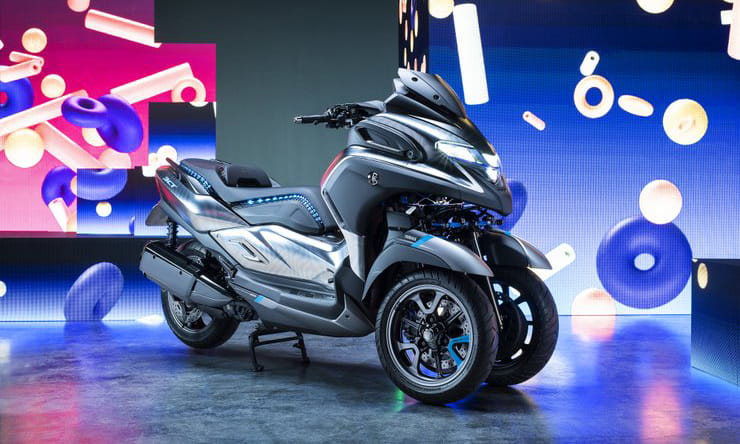 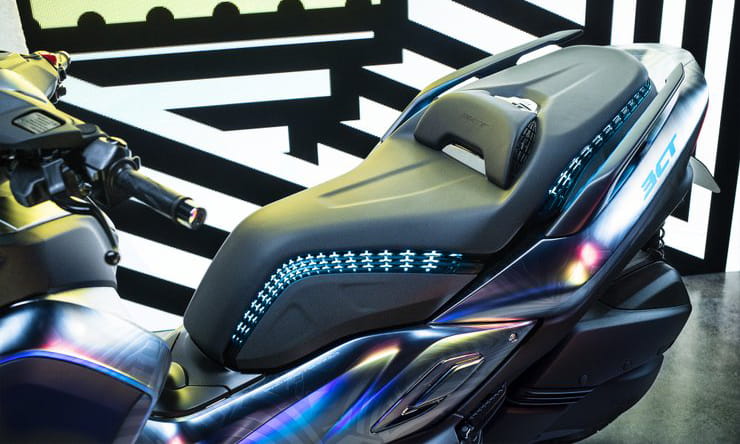 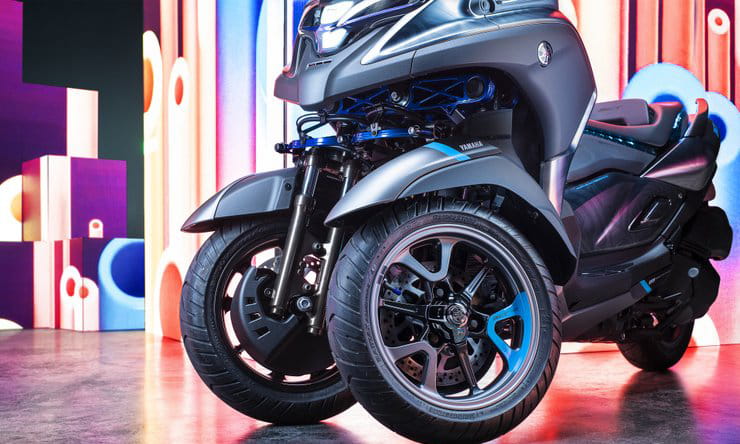 Yamaha hinted earlier this year that it was working on a new mid-sized leaning three-wheeler to sit between the 125cc Tricity and the 847cc NIKEN in a growing trike line-up. And now it’s shown us what that middle-sized machine will look like with the CT3 Prototype.

And while it’s got some typical concept bike glitz, there’s no doubt that a toned-down version this will be a production model in the near future.

Based around the 292cc, 35hp engine from the XMAX 300 – a single-cylinder unit that’s mounted on the swingarm as a unit with its CVT transmission – the CT3 adds Tricity-style tilting front suspension, with the fork legs mounted between the front wheels rather than outside them, as on the NIKEN.

Yamaha has added a ‘Tilt Lock Assist’ system which keeps the bike upright at a stop but doesn’t completely lock the front suspension, so the bike can be used in stop-and-go traffic with no need to put a foot down and no risk of toppling.

While stuff like the 3D-printed seat and LED light strings running around it are sure to disappear, much of what you see here will make it into production, probably in time for the 2020 model range.