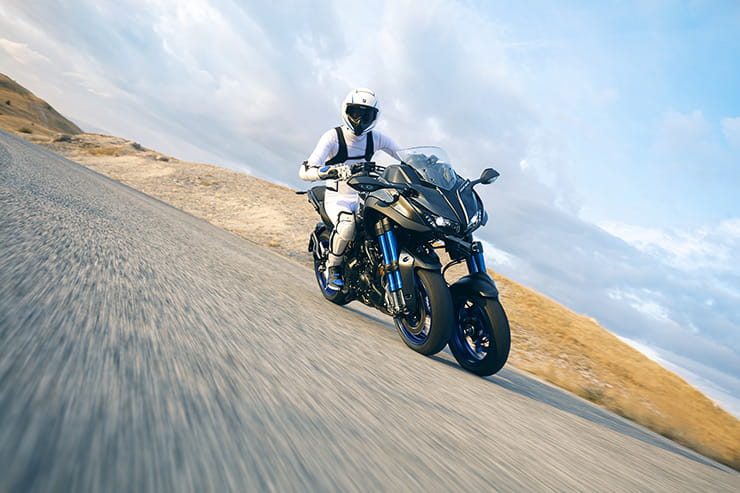 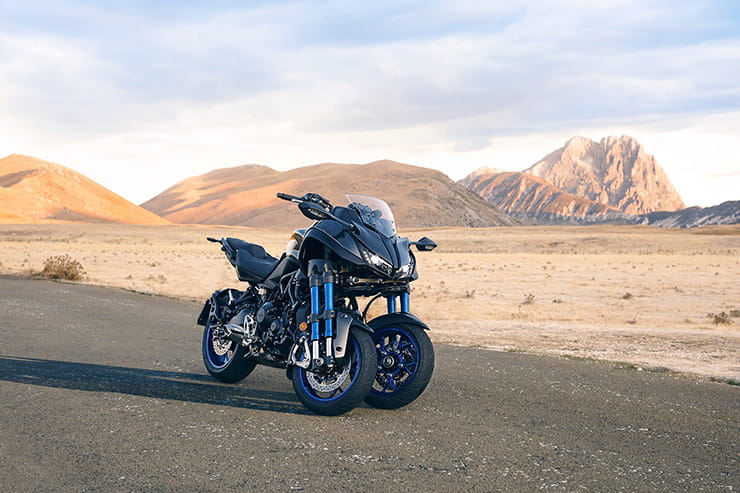 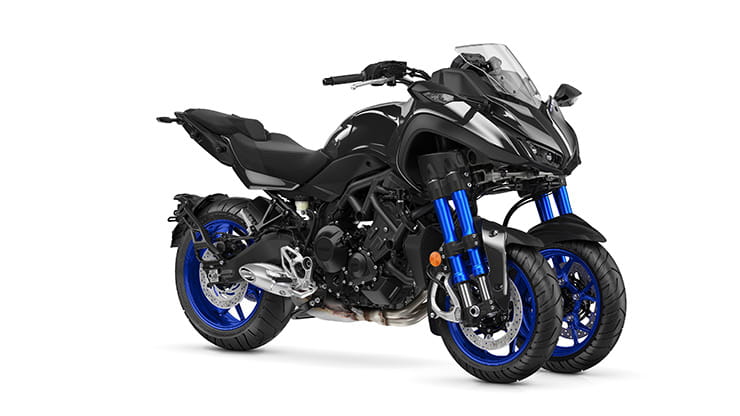 Yamaha’s new NIKEN mightn’t be the fastest, prettiest or most high-tech bike of 2018 but it’s without doubt the most intriguing. Tilting trikes are proven as scooters, but how well will the leaning three-wheeler idea lend itself to a sporty, high-performance machine?

We’ll find out soon enough when we get to ride the NIKEN, but there are already indications that far from being a voyage into the unknown, Yamaha has good reason to believe that the NIKEN might be a sales success. 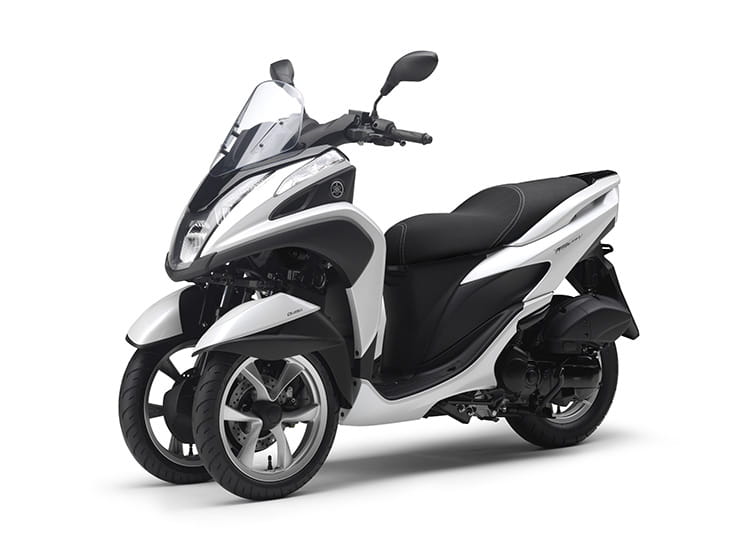 Of course, we’ve seen leaning trikes before. The Piaggio MP3 – with variants ranging from 125cc to 500cc and more than a decade of history in its pocket – has already proved that the idea is profitable and effective. But apart from a couple of small-scale efforts from niche builders, nobody has applied the thinking to a proper motorcycle before. With a 115hp, 847cc triple mated to a proper manual transmission, the NIKEN is a ‘real’ motorcycle rather than a scooter. It’s just got one wheel more than usual.

Why does Yamaha believe that riders will take to the idea? Well it’s got enough statistics from its three-wheeled Tricity scooter to indicate that a bigger, brawnier version will make sense.

While overall sales of the Tricity are understandably lower than those for traditional – and usually cheaper – scooters, Yamaha has profiled buyers in Japan and discovered some interesting trends. Most importantly they show that it’s particularly effective in drawing in new riders and those returning to bikes. In a world where manufacturers are increasingly concerned about a shrinking market, improvements in those areas are enormously worthwhile.

An additional 8% of buyers picked a Tricity as an additional bike, which means that only a little over a third of sales (36%) were straightforward replacements for an existing bike. It’s the sort of statistic that puts a smile on the faces of managers, marketeers and product planners, and bodes well for motorcycling as a whole. Bringing in new customers is, after all, better than simply selling products to existing buyers. 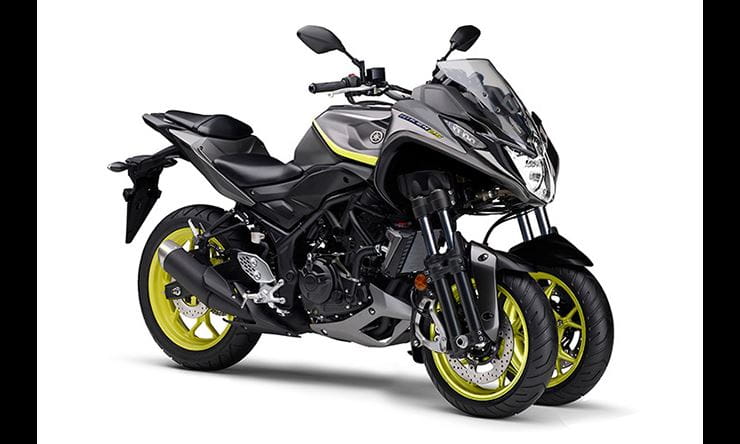 Anecdotal evidence in markets outside Japan suggests a similar trend; while sales of leaning trikes aren’t massive, they are bringing in riders who otherwise might be sticking to cars. And if the NIKEN can pull off the same trick then it will surely be seen as a success.

In Japan, reliable sources say Yamaha is already hard at work on additional three-wheelers with the aim of turning the NIKEN into a multi-model line-up of various capacities. The next planned version is believed to be a 250cc NIKEN-25. Like its bigger brother, it’s motorcycle-based, with a six-speed transmission rather than a twist-and-go, and will use the parallel twin engine from Yamaha’s MT-25 and YZF-R25. 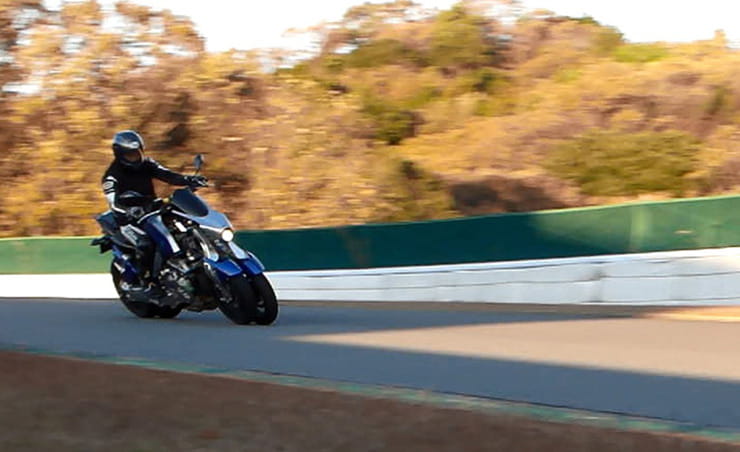 Neither of those bikes is currently sold in Europe. Instead we get the fractionally larger, 321cc MT-03 and YZF-R3, which are otherwise identical. As such, a Euro-spec version of the upcoming smaller NIKEN is also likely to use the Euro4-legal 321cc twin, making an A2-licence-legal 42PS (30.9kW, 41.4bhp).

Yamaha’s Leaning Multi Wheel (LMW) project doesn’t stop there, either. The firm recently bought patent rights from Norwegian firm Brudeli, the tiny firm that’s made the Leanster 654L and 625L machines for the last decade or so. These sporty, tilting trikes were among the first to show that enthusiast-oriented machines could be successfully developed around leaning three-wheel tech. 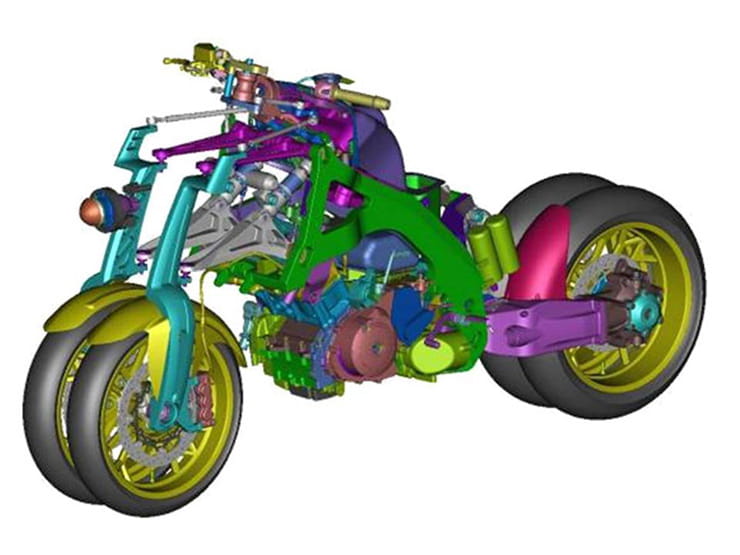 Yamaha’s own developments date back further still; as long ago as 1977 it prototyped a version of its Passol scooter with two front wheels. In 2007 it showed the four-wheeled Tesseract leaning sports bike, which was later developed into the OR2T testbed machine, using an R1 engine. If it wasn’t for the effects of the 2008 global financial crisis, which caused the project to be put on ice, a production version of that bike could already have been in showrooms. 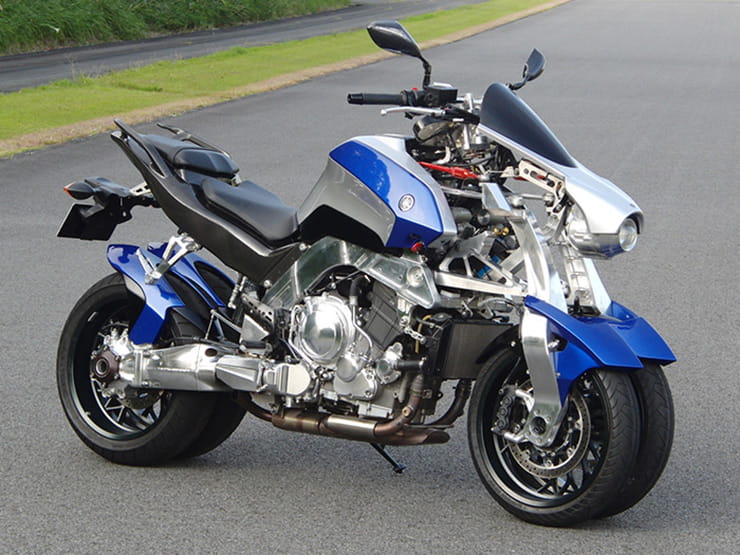 Another NIKEN derivative that’s likely to see production if the initial version is a success is a naked, MT-09-style machine. Created simply by stripping off the NIKEN’s fairing and replacing it with  an exposed headlight, the design is one that Yamaha has already filed patent applications to cover – particularly focussing on the body panels needed to cover the tilting suspension mechanism.

Yamaha isn’t alone in eyeing the potential of the tilting trike market. Its arch-rivals at Honda are also developing similar machines and if they reach production we could soon see an entirely new battleground for leaning three-wheelers.

Like Yamaha, Honda appreciates that adding a third wheel gives potential new riders a boost. As well as giving a tangible increase in front-end contact patch, and hence grip, they offer a level of stability that’s sure to increase confidence. Even in the event of a front-end slide, the chances of regaining control and staying on-board are greatly improved. Throw in ever-improving traction control and ABS systems, and the psychological boost from a leaning trike’s layout means riders that might never have considered a two-wheeled bike will be prepared to give them a try.

Honda’s ventures towards trikes, like Yamaha’s, date back decades, with the tilting Gyro series of scooters. However, those used two rear wheels and a single front. More recently, Honda has erred towards the twin front wheel arrangement, though.

A huge array of patents have been filed surrounding a leaning trike designed around the chassis and engine of the NC750. While nowhere near as potent as the NIKEN’s 847cc triple, the NC750 motor has plenty of torque – a bonus in pushing an inevitably-heavier three wheeler – and it bolts straight to Honda’s existing DCT semi-automatic, seamless-shift gearbox.

The firm publicly displayed its interest in the layout with the NeoWing concept bike, which partially previewed the new Gold Wing, in 2015. 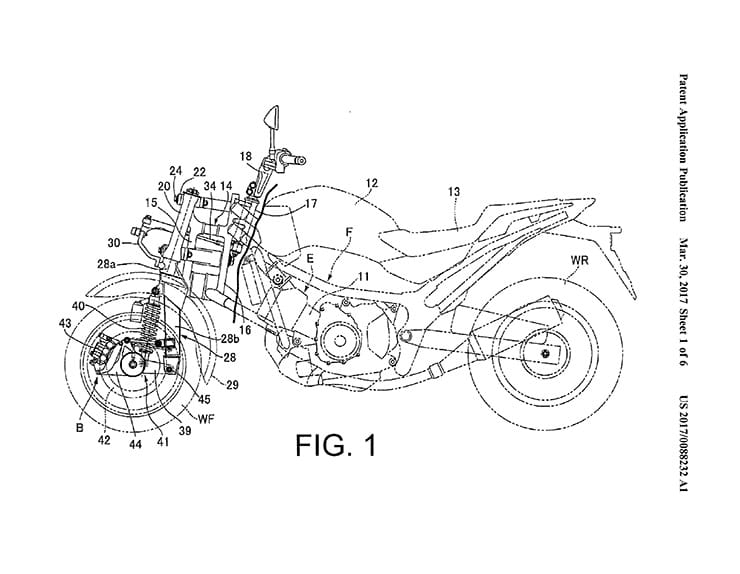 One outlier that could have had an edge over all these planned machines came in the form of Harley-Davidson, which developed its own leaning trike technology well over a decade ago, creating a design that would have rivalled the likes of the Can Am Spyder, but with the advantage of leaning like a motorcycle. 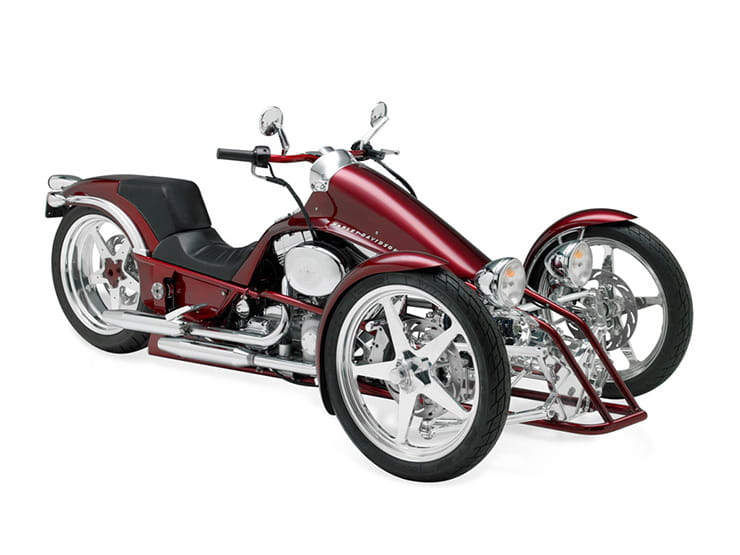 The so-called ‘Penster’ leaning trike project was developed to near-production form. Harley recognised that its buyers were ageing and some were leaving the market not due to diminished enthusiasm but because they struggled with manhandling bikes anymore. The Penster would have solved that problem. It was also planned to appeal, like the NIKEN and Tricity, to potential new riders who weren’t quite ready to take the plunge onto two wheels.

Although well developed, up to and including some clever electronic systems developed around the tilting front suspension, the Penster was cancelled, again around the time of the financial crisis. Harley instead opted to create its own conventional, non-tilting trikes – the Tri-Glide and Freewheeler – to fill the same role.

However, like Honda, Harley-Davidson will surely be keeping a keen eye on the sales performance of the NIKEN later this year. If it’s a hit, don’t bet against the firm dusting off some of its own tilting trike patents in future. 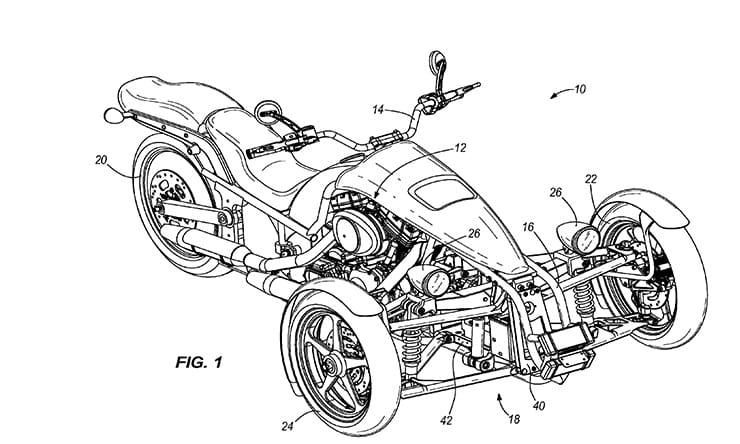