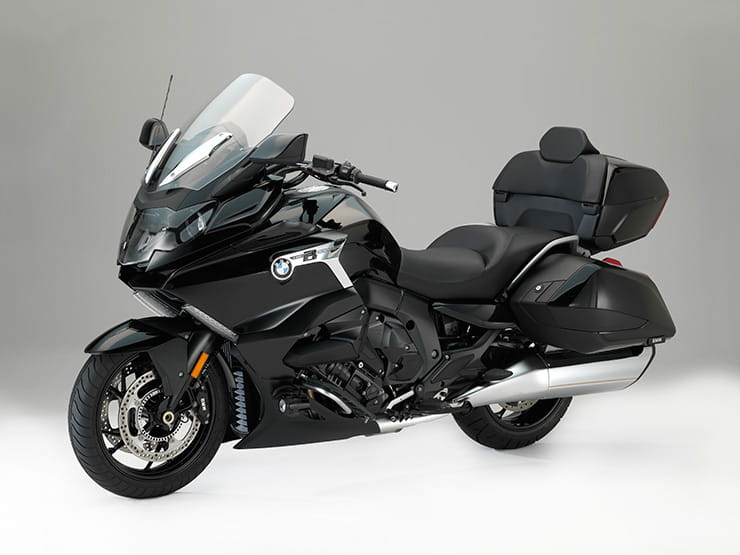 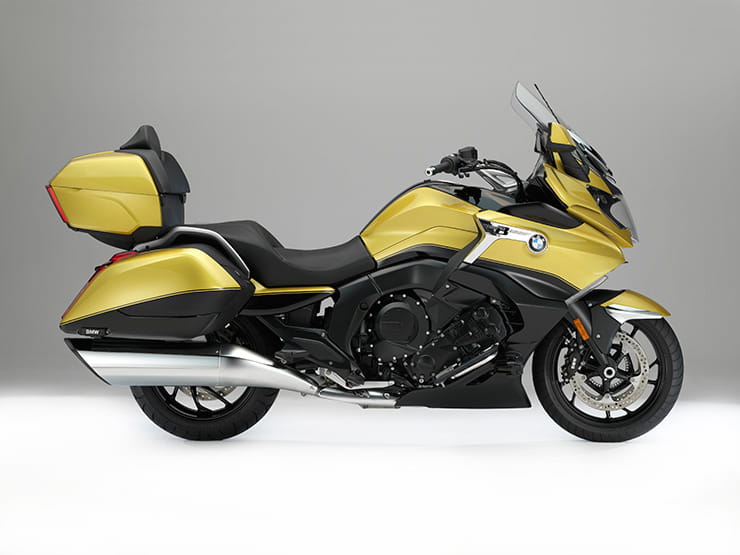 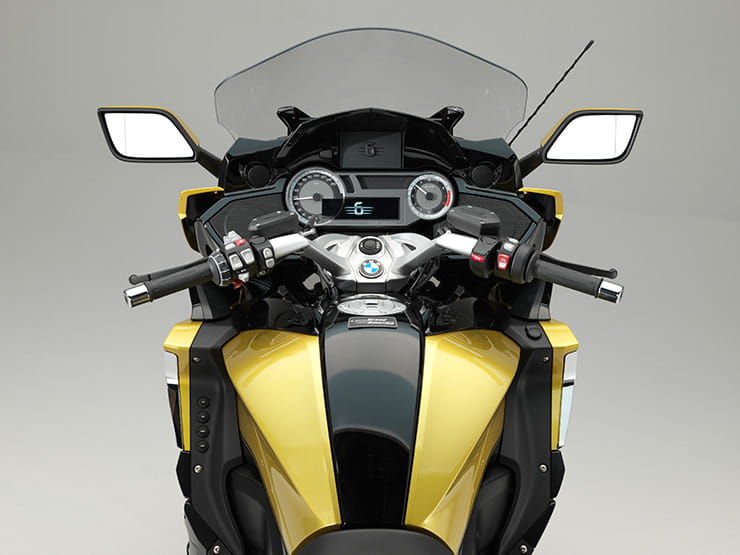 Way back in May 2016 we published patent pictures of this bike. Later that year BMW launched the K1600B bagger, but it’s taken until now for the full-dress touring version to be made ready for launch.

The name – K1600 Grand America – leaves little question over the proposed target market for the latest addition to BMW’s touring family. While European riders are more likely to opt for the sportier styling of the K1600GT or K1600GTL, the Grand America uses the drooping tail of the K1600B, but allies it to a massive top box and pillion seat backrest, plus a taller screen, to create a rival to the likes of the Harley-Davidson Ultra Limited or Yamaha’s new Venture Star. And of course, the inline-six-powered BMW will also be facing off against Honda’s all-new Gold Wing.

In technical terms, the K1600 Grand America is familiar territory, and it’s got nothing to fear from any of those big touring rivals in terms of absolute power. That fabulously smooth 1649cc inline six makes 160hp at 7750rpm and 175Nm of torque at just 5250rpm; in terms of outright performance its rivals have no answer to that. However, BMW has opted to artificially limit the Grand America’s top speed to just 101mph. Fine in the land of 55mph speed limits, perhaps, but that might put off European riders who may well have ideas of continental tours taking in a few unlimited Autobahns on the way.

As usual with a BMW tourer, there’s no shortage of kit. Dynamic ESA electronic suspension is standard, as is an electric reverse gear that uses the starter motor to trundle the bike backwards at the push of a bar-mounted button.

Other standard kit includes xenon headlights, heated grips and seats, cruise control and integrated air ducts to provide fresh air to the rider when needed. When you need to design in air vents, you know that your fairing is working effectively!

An audio system is also standard, as is sat-nav.

You might have thought such a long standard-equipment list would leave little scope for options. But BMW has found even more that it can bolt on at extra cost including its Shift Assistant Pro quickshifter and Intelligent Emergency Call. There’s also a Comfort Package including central locking and keyless go, a Safety Package with adaptive cornering lights, hill start control and tyre pressure indicators, and a Style package with two-tone paint and extra chrome on the front mudguard.

None of this comes cheap, of course. The starting price for the K1600 Grand America is suitably grand at £22,150… 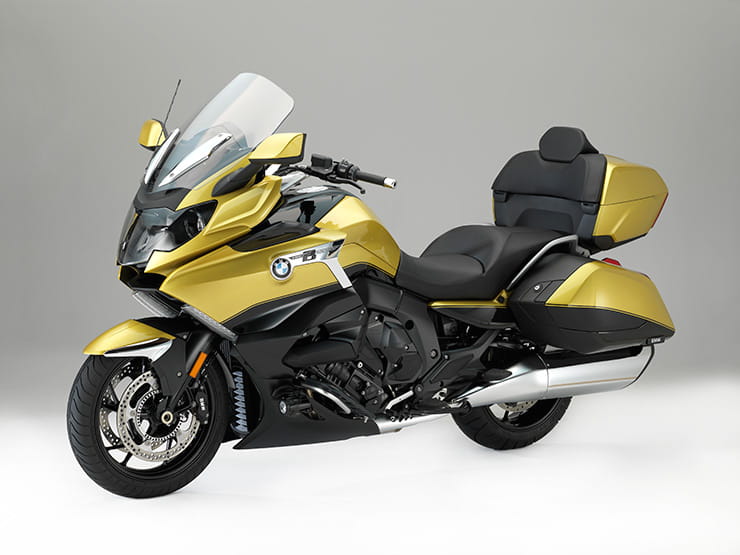